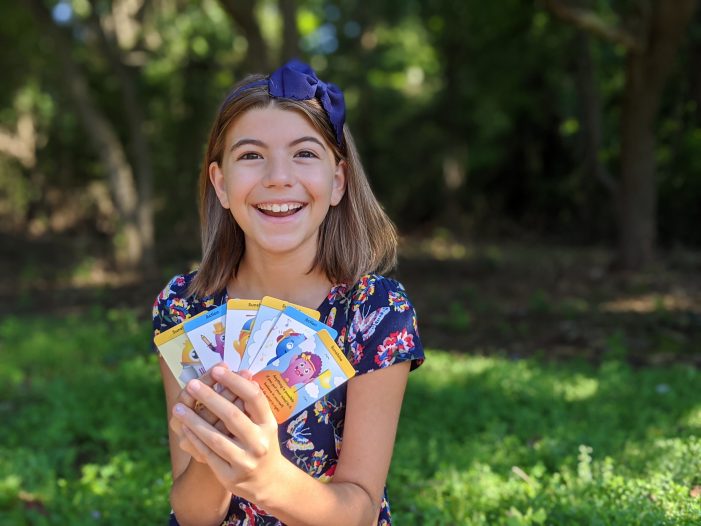 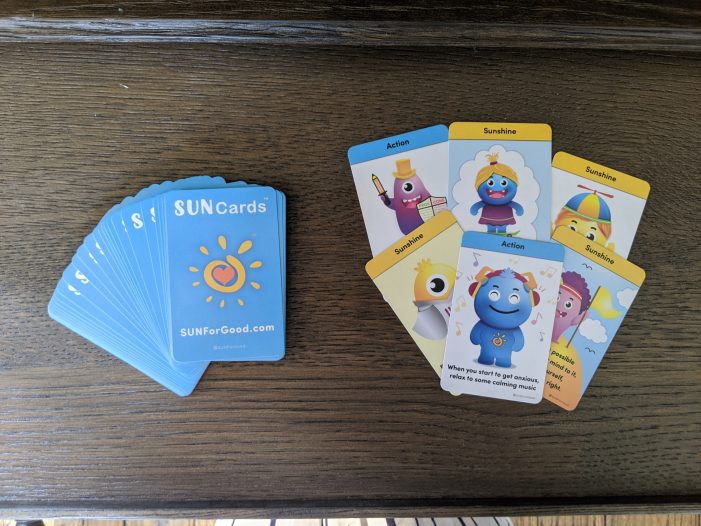 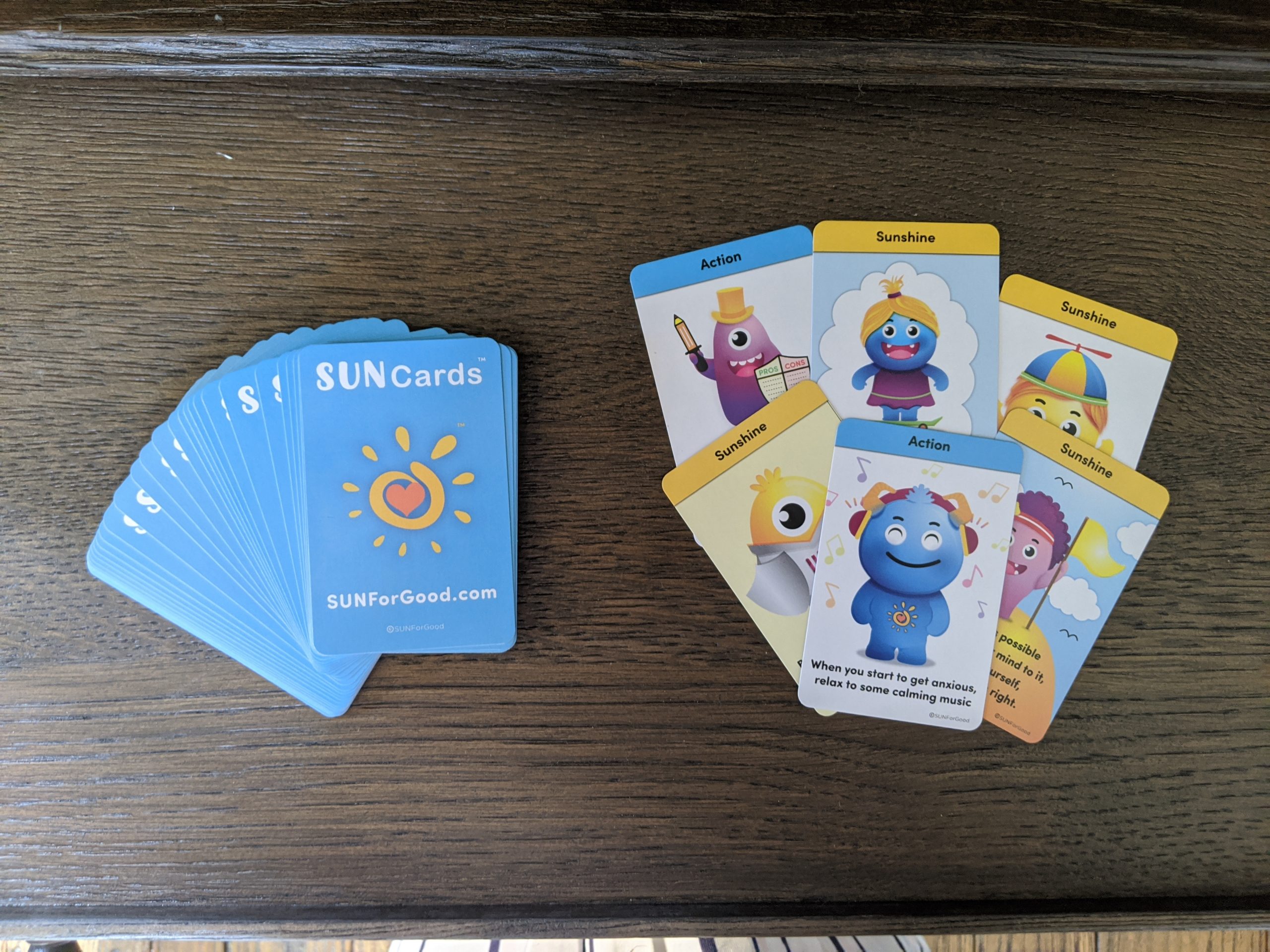 When a school assignment to create a non-profit came knocking, 11-year-old Eva Goodrich grabbed the doorknob.

How widely that door, with the help of others, has opened. An August-launched Kickstarter campaign had netted over $5,500 when it ended on September 10, and over 1,000 decks of SUNCards – Eva’s creation of playing cards adorned with friendly animated monsters, positive messages, and stress relieving techniques – will be sent out to recipients. Portions of the SUNCards sales benefit children’s non-profits. My Stuff Bags Foundation, a national nonprofit providing care packages to children in foster care, Sarah’s Fight for Hope, a Long Valley-based nonprofit that helps bring joy to pediatric cancer patients, and CASA (Court Appointed Special Advocates) are all beneficiaries of Eva’s worthy brainchild.

SUNCards, which have 50 cards in each deck, are made up of three types. The first are Sunshine cards, which have positive affirmations on them; the second type are Action cards, which have tips and tricks to try and help manage anxiety and stress; and finally, Spread the Sunshine, which can be shared with others.

After the Kickstarter campaign ended, all activity was moved over to Eva’s website, www.SUNForGood.com, where cards will still be sold, and in the future newer products such as a coloring book, journal, and a storybook will be introduced.

Eva’s school project was created two years ago when she was a 4th grade student in Mrs. Julienne Jurken’s class at Gill St. Bernard’s School on the border of Chester and Gladstone. “My teacher assigned this project called CHOW, which is an acronym for Children Helping Our World,” explains Eva. “I wanted to do something that kind of had to do with me because I have anxiety myself. I wanted to do something that relates to me.” Each project, like CHOW, had to have an acronym. “Strategies for Undoing Negativity,” says Eva, proudly stating hers.

Jaime Goodrich is Eva’s mom; Kris is her dad. “We’re super proud of her,” says Jaime. The Mendham couple also has another daughter, Lyla. “I think that there are so many kids that have trouble with, maybe not anxiety, but with worries, especially with what’s been going on right now  in the world. The timing of this was really kind of serendipitous in a lot of ways because of everything that’s been going on. When Eva came up with the project when she was in 4th grade, we thought it was awesome. They were really good, and she received a lot of praise from the parents in the class.” The project was tucked away for a period until Eva told her parents that she really wanted to proceed with making the cards “for real.” Jaime and her husband, small business owners, supported the endeavor. “It’s been really great.” Jaime also says that adults see the worth in the cards and using them. “The tips and tricks that are on the action cards are things that anybody at any age can do. They really are appropriate for anyone.”

Eva, who hopes to be an actress one day, says, “I really want to help as many people as I can. That’s my main goal.”