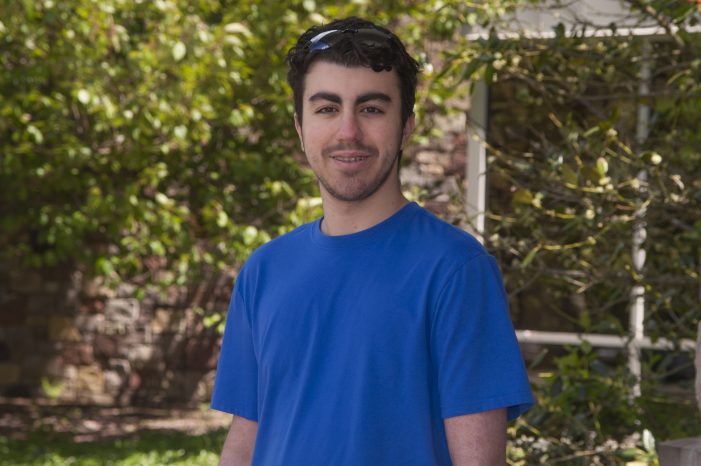 “I just wanted a chance to prove myself. I needed to be challenged,” says Corrente about the decision to attend CCM as a Challenger student. The Challenger Program at CCM provides high school students with the opportunity to take college courses and earn credit toward a degree.

Given his need for more educational enrichment, his mother began supplementing his learning, homeschooling him at the high school level and enrolling him in the Challenger Program. As a result, he finished eighth grade as he also completed his high school education through homeschooling. Then in the fall of 2018, he became a full-time student at CCM.

This coming fall, he will begin working on his bachelor’s degree with the goal of becoming a doctor specializing in an area such as anesthesiology or neurology.

As a student at CCM, Corrente explains he always was treated like any other student and his age was never an issue. In fact, he felt such a part of the college community that he got involved in several extracurricular activities at the school, including serving as vice president of Alpha Mu Gamma, the national foreign language honor society. He also became a member of the National Society of Leadership and Success, an honor society that helps college students to achieve their goals, and was elected a member of the Phi Theta Kappa honor society based on his academic success.

Although learning tends to come easily for him, Corrente says he also made it a point to take advantage of the support services CCM provides, such as its Tutoring Center and faculty office hours. As he views it, success is a choice.

“You choose to go to class, you choose to do the work, and you choose to get involved,” he says. “By making the right choices, you learn how to adapt and function successfully in the real world.”

He and his parents settled on CCM not only because it is close to his home, but also based on its reputation, says Corrente. What he also found were professors who truly care about the success of their students and small class sizes that allowed him to get to know his teachers and develop friendships with other students.

“You’re not just a number in a classroom,” says Corrente. “The professors are amazing and they teach in a way that raises you to their level. The students also help one another because everyone wants one another to succeed. It’s a really positive environment.”

To learn about the Challenger Program and other offerings for high school students at CCM, visit www.ccm.edu/admissions/apply/programs-for-high-school-students/.