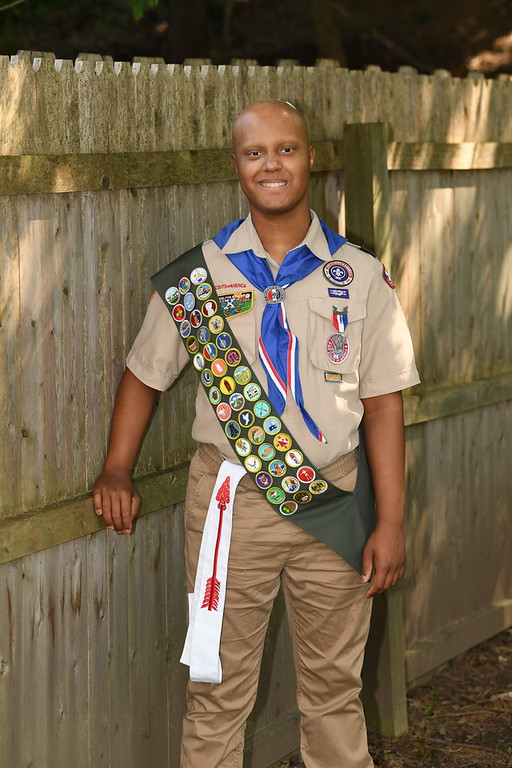 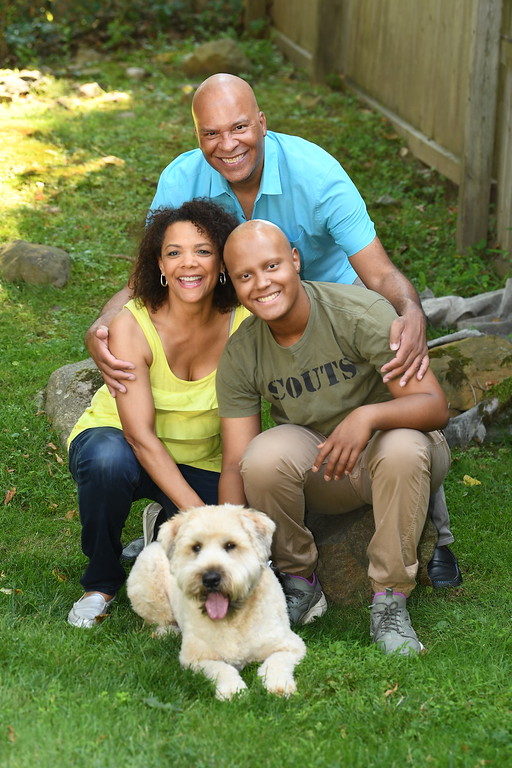 However, McCullom is turning this challenge into an opportunity to help others, serving for one year as a New Jersey Cancer Ambassador to Memorial Sloan Kettering Cancer Center (MSK). He was also featured in a Stop & Shop fundraising campaign in September, which is known as National Childhood Cancer Awareness Month, to benefit MSK cancer research.

“This is part of a chainwide initiative we call Help Cure Childhood Cancer. Stores in New York, New Jersey and southern Connecticut (199 stores total) will raise funds for MSK. The company’s other stores in Connecticut, Rhode Island and Massachusetts are raising funds for the Jimmy Fund,” says Stefanie Shuman, External Communications Manager of Stop & Shop. Customers had the opportunity to donate $1, $3 or $5 at checkout, with the proceeds benefiting Memorial Sloan Kettering’s Department of Pediatrics. Since 2001, Stop & Shop has raised more than $24 million to support pediatric cancer research at MSK. The goal in 2019 was to raise another 1.25 million dollars.

In addition to McCullom, there were three other ambassadors as part of the fundraiser.

McCullom, an accomplished percussionist who was his high school’s marching band drum line captain, was also National Honor Society president, earned highest rank as a Boy Scout, Eagle Scout, and is also a member of the Order of the Arrow, the National Honor Society of the Boy Scouts of America. His entrance to Elon University has been deferred to the 2020-21 school year.

“When I was in the hospital,” says McCullom, “I ended up talking to a lot of people and making a lot of friends among the staff and patients there. Also, since I graduated this year, Sloan actually has a big graduation , so I was able to speak at the graduation for all the kids who had cancer.”

“It was a full-blown graduation. Michael was asked to speak, and he was the only speaker at the graduation,” adds Lori McCullom, his mom. “Apparently they had a committee meeting and Michael’s name was chosen to be the speaker.”

McCullom initially thought a small growth which appeared on his head was a cyst, and a dermatologist removed the growth, which eventually returned. The McCulloms then opted to visit a surgeon, still believing the growth was a cyst, and had it removed once more. When Michael returned to have his stitches removed, the doctors broke the news that Michael had a rare sarcoma.

“When I first entered my battle with the cancer,” says McCullom, “I was like, ‘Let’s just take care of it.’ That’s what I entered thinking. ‘Let’s just deal with it and get it done.’” His perspective with the disease soon changed. “Going into it and experiencing how hard chemotherapy was, it made me want to help other people who also are going through this. I’m glad I was picked to be an ambassador because I’m motivated to help other people through this.”

Kevin McCullom is Michael’s dad. “He’s in this battle; he’s dealing with the effects of chemotherapy, making him sick, all the awful stuff you hear about how chemotherapy can be. But he’s been able to look beyond what he’s been going through – the pain and sickness – and see others and appreciate the kindness other people show.”

“We were devastated (as a family),” says Lori. “It (the cancer) came from left field. So, we all had to lean on our faith. So basically, we were in shock, but we’re here to support Michael and make sure he has the strength to get through this.”

The community has also rallied around the McCulloms. West Orange High School in the spring held an all-student-run vaudeville show to benefit MSK, and the ROTC held their first ever invitational and pooled their money together with the performing musical groups at the event, also donating to the institute.

Michael, who completed his chemotherapy in August and is currently undergoing radiation treatment, states happily follow up scans and tests revealed no evidence of cancer, and his mom adds, “Faith is how we jumped the cancer hurdle.”