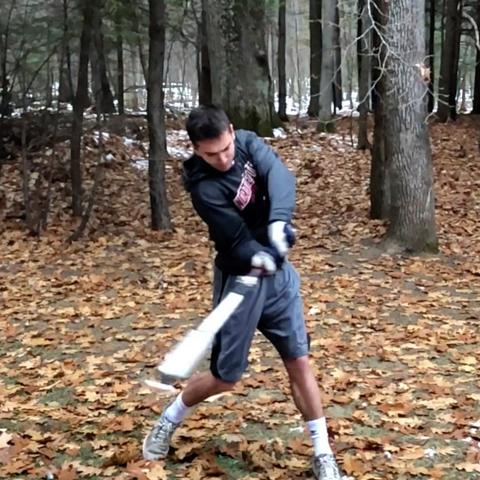 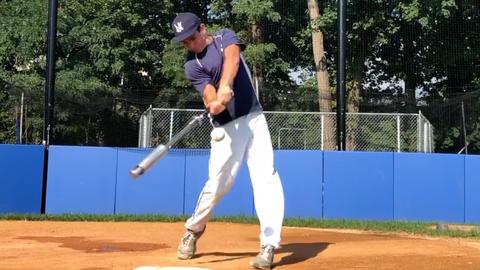 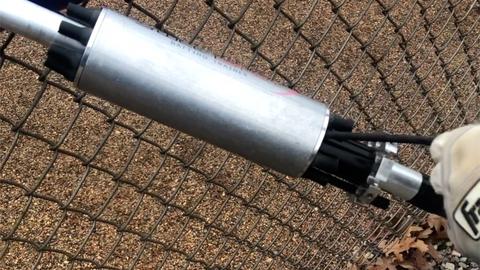 After experiencing varying degrees of success as a hitter, Elijah Taitel — a former competitive baseball player from Millburn and current mechanical engineering student — grew frustrated with his dilemma, motivating him to do something about it.

Subsequently, Taitel, the founder of Extra Base Sports, developed the ProVelocity™ Bat — a professional baseball hitting training tool specifically designed to increase the speed of a swing and hitting live balls more effectively — with the help of engineers.

“I played little league all the way to varsity baseball. I couldn’t understand why one day I go 4-4 and the next day go 0-3,” lamented the 19-year-old Taitel, who suited up for Golda Och Academy’s baseball team in West Orange. “I did not see anything out there that could help kids (hit) immensely. That’s what I’m doing with the ProVelocity Bat.”

How does the ProVelocity Bat work? The patented Sweet Spot Power Barrel features 20 power settings, with one to eight resistance bands, he said, from 0 pounds of resistance to 120 pounds.

Taitel said the barrel slides to the end of the bat to the impact position and gives you audible feedback (a first click) when your pre-selected swing speed is achieved.

Two audible clicks indicate that you have swung with enough power to drive the barrel to the end of the bat and back. As you become stronger and more accustomed to the hitting tool, you can increase the Sweet Spot Power Barrel’s power settings and learn to lengthen the time between the clicks to increase your maximum power within the strike zone.

Additionally, you theoretically become more skilled at firing your hips before the arms to drop the bat into the strike zone. Therefore, driving your arms for maximum power.

Plus, Taitel noted, because your swing speed grows faster with continued use with ProVelocity Bat training, you’re able to wait a little longer on off-speed pitches before pulling the trigger, permitting you to hit the ball to opposite field with more regularity.

“It trains you to swing harder and harder, and trains you for better hand-eye coordination and better swing mechanics,” Taitel explained. “There’s no room for error, so it trains you to hit the ball on the sweet spot of the bat.”

While there are other hitting training devices on the market, Taitel said you can perform more things with the ProVelocity Bat in several different capacities.

“You can really effectively hit train by dry swinging or at the batting cages (against a live ball),” the University of Connecticut dual Engineering/Business Management major said. “There isn’t a baseball hitting aid out there that is as versatile as our bat. We’re very confident it can help any baseball player out there.”

“You really need a new way to train, that you know you’re going to crush the ball,” he said. “That’s why I developed the ProVelocity Bat. I hope to see it on on-deck circles across the country.”

For more information on the ProVelocity Bat and to purchase it, log onto www.provelocitybat.com.