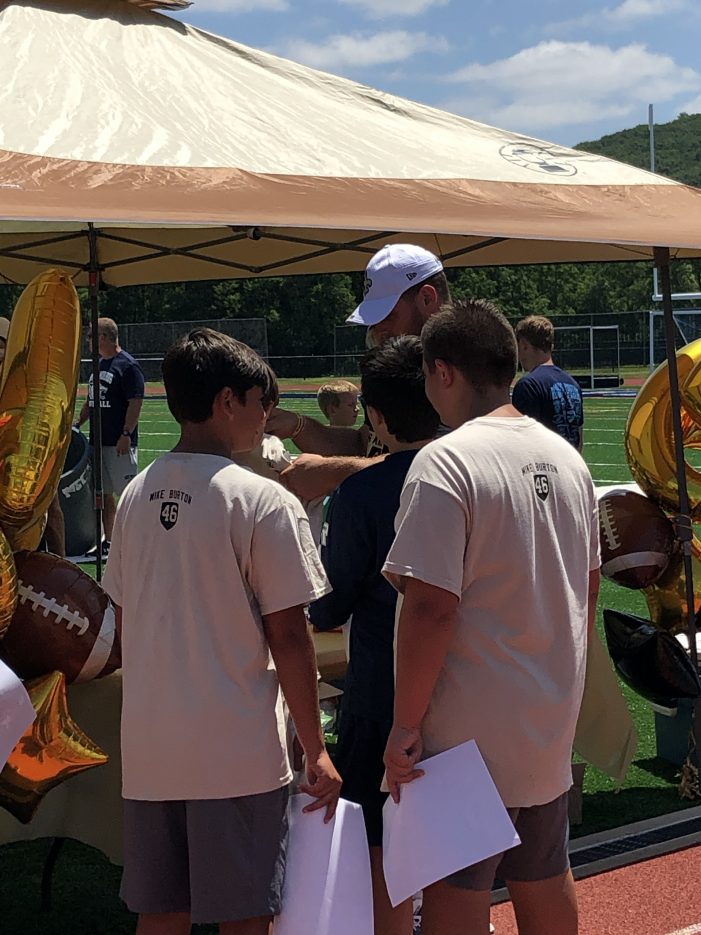 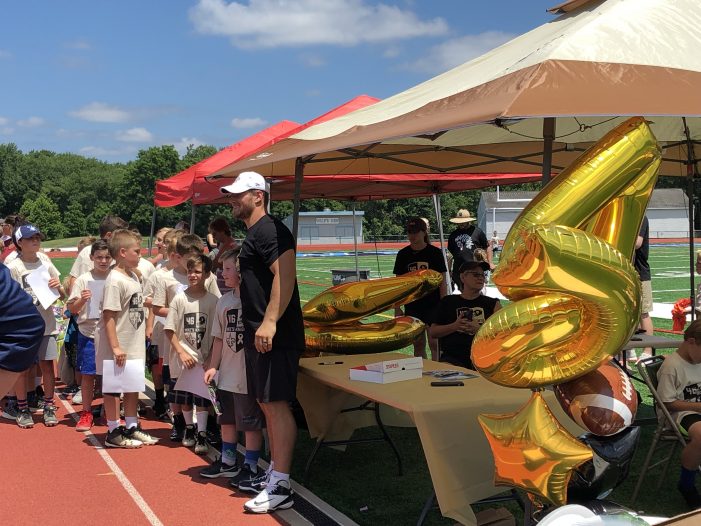 For Michael Burton, his entire life has been marked by a 100 yard football field. The Long Valley native grew up playing for the Long Valley Raiders, the West Morris Central Wolfpack, Rutgers University Scarlet Knights, and now plays professional ball for the New Orleans Saints.

Burton knows the importance of giving back to the town and programs that gave him the opportunity to achieve his dream of playing in the pros. As a youngster, Burton would attend camps with famous pro football players and once he hit that level himself, he felt it important to give back and do his part.

During his time at West Morris Central, Burton was an inside linebacker. He helped lead West Morris to a state championship in 2010 and also served as captain during his senior year. According to Burton, those two memories stand out the most in his mind. 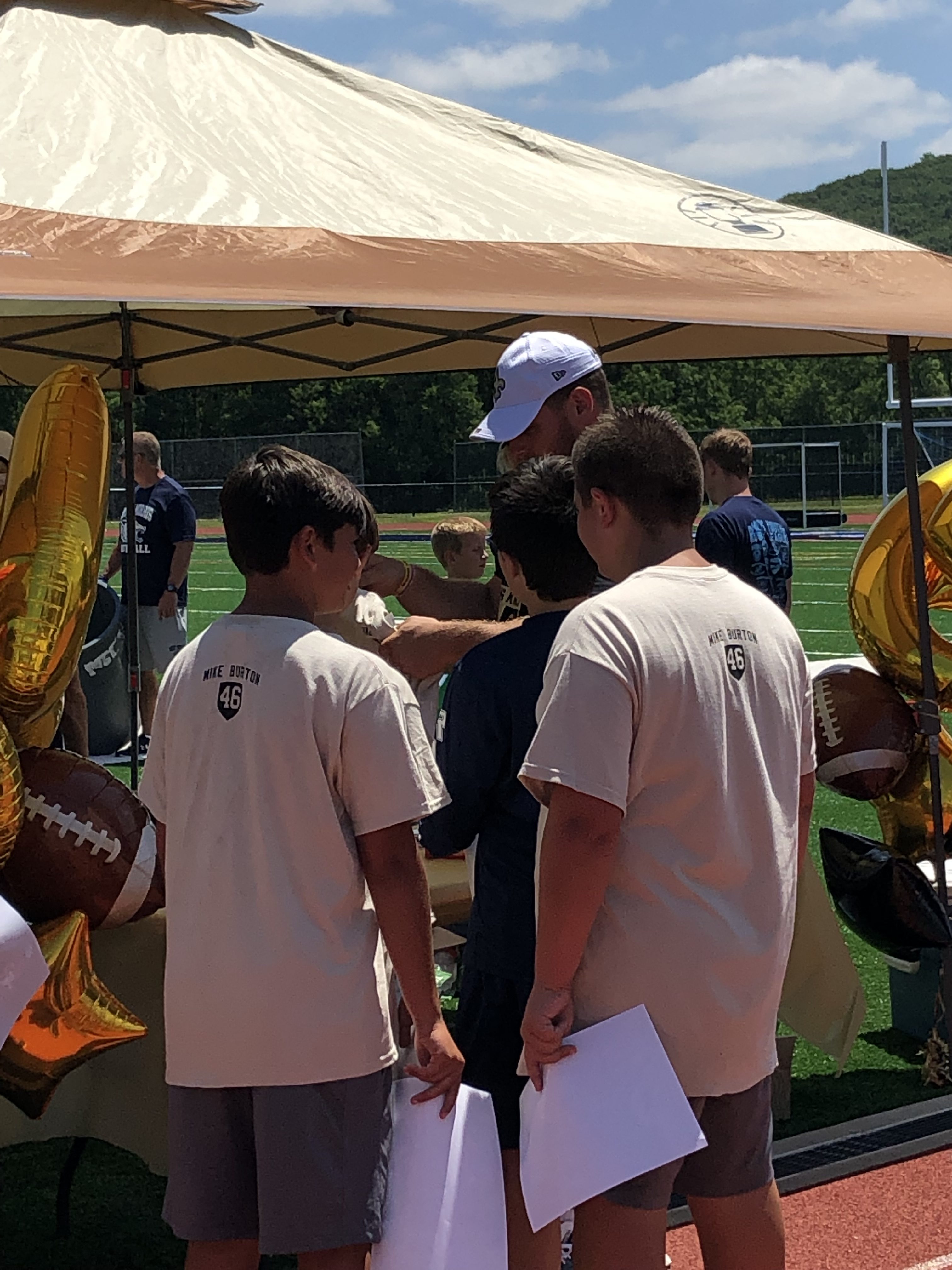 “To be elected captain, that’s something that you are voted on by your peers. They trust you, they believe that you can be a leader, they want to put you at that position because they know you’ll do it right. To also go out on a high of winning the state championship during my senior year, it was a really incredible experience to share with boys that I’d been playing football with since I was in Kindergarten.” Burton said.

After his rookie season in the NFL, Burton began his own initiative with Mike’s Knights. Mike’s Knights is a day long football camp during the summer where youngsters of all ages can attend and practice drills and skills with the NFL pro. Burton was quick to note that the day is not just about football skills but also about skills for life.

“I make it a priority every summer to come back and do Mike’s Knights football camp. I do school visits and it’s a great community and it’s very close knit. The outpour of support has been awesome and to give back to the kids, the whole process has been really great.” Burton said.

“The kids really need to understand the importance of school and listening to their parents. It doesn’t have to be football or sports, it’s anything in life. I think it’s important to echo that to the kids to build their self esteem and give them the power and tools to help them believe in themselves.” Burton said.

Burton is currently in his fifth year playing in the NFL. Before playing for New Orleans, he played two seasons with the Detroit Lions and two seasons with the Chicago Bears. Burton frequently visits schools, including those in the Long Valley area. While at Rutgers University, Burton found a love for community service when he and his teammates would visit local children’s hospitals throughout the New Brunswick area.

“My football journey started here. It’s important for me to come back and share my experiences with the kids. I always say that if they have a dream, they are able to accomplish it both on and off the field.” Burton said.

All proceeds from Burton’s camp are donated to the Embrace Kids Foundation, a foundation that helps children and families that are dealing with the impact of childhood cancer. After getting involved with the foundation at Rutgers, Burton approached them about starting a camp where all proceeds were donated to them.

“On top of having fun with the kids all day, it supports something much bigger. It’s just had such an impact on me, and it meant so much to me when I saw the smiles on the kids faces. I knew that if I ever had the platform or the opportunity to help in any way possible, I knew I wanted to do so.” Burton said.

Overall, Burton has never forgotten his small town roots. His desire to give back remains strong and he knows he wouldn’t be where he is without family support.

“When I go to these schools, it’s not just a football speech. It’s an echo of how this impacts all aspects of your life. I try to tell the kids that you can be what you want to be, you can do it. I’ve had such a ton of support through all my life from all my family, my friends, my teachers, my coaches, my principals, who allow me to come back into the schools and help shape the next generation.”