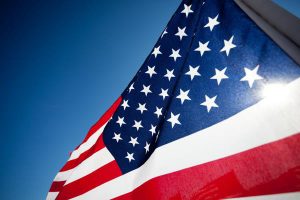 (StatePoint) Each year, the United Service Organizations (USO) honors the heroism of junior enlisted service members with the Service Member of the Year Awards. Service members from each branch of the military are nominated by their command leadership for performing acts of valor that go above and beyond the call of duty.

“These men and women have brought honor to their branch of service and to the country. They exemplified bravery in the face of danger and placed service above self,” says USO president and CEO, J.D. Crouch II.

Here are the stories behind 2021’s honorees:

1. Soldier of the Year: Sergeant Breanna Jessop of Myton, Utah serves with the U.S. Army’s 82nd Airborne Division. While in charge of the Karzai Airport Chapel, she ensured 4,000 military personnel and coalition forces had access to basic hygiene items. Her efforts safeguarded over 400 displaced children throughout noncombatant evacuation operations and enemy attacks, and left an indelible mark on the evacuation mission of American citizens and designated Afghans.

2. Marine of the Year: As squad leader in support of Operation Inherent Resolve in Iraq, Sergeant Seth A. Dewey of Hesperia, Mich. led a team responsible for securing the U.S. Embassy compound perimeter in Baghdad. While subject to multiple attacks, his calm leadership and superior communication enabled vulnerable aircraft to depart the embassy helicopter pad unharmed. His actions helped shape the rules of engagement, benefiting future units and security personnel.

4. Airman of the Year: Staff Sergeant Ryan T. Daggett of Greeley Colo. currently serves with the U.S. Air Force’s 8th Security Forces Squadron in South Korea. When stationed in Portugal, he witnessed a collision involving three vehicles and nine local nationals. Without hesitation, he established priorities of care and identified a nonresponsive victim trapped inside a vehicle. He pried open the disabled door, extricated the passenger and rendered critical treatment. These immediate actions preserved a life. On a separate occasion, Staff Sergeant Daggett saved a fellow paratrooper’s life by freeing him after becoming entangled within his parachute.

5. Coast Guardsman of the Year: Boatswain’s Mate Third Class Gerrod J. Britton of Plattsmouth, Neb. serves with the U.S. Coast Guard at Station Morro Bay. While off-duty, he witnessed a car crash and jumped into immediate action, contacting emergency response and extracting two of the men trapped inside the vehicle. The third passenger, severely injured, was trapped underneath the vehicle when it began to catch fire. He and another bystander lifted the vehicle on its side. This allowed BM3 Britton to rescue the unconscious passenger through a broken window seconds before the vehicle was completely engulfed in flames. He performed CPR and attempted to control bleeding from multiple severe injuries.

6. National Guardsman of the Year: Sergeant Francisco Javier Luna of Springfield, Mass. serves with the Massachusetts National Guard’s 972nd Military Policy Company. While performing his civilian occupation duties as a law enforcement officer, he and fellow officers received a 911 dispatcher call that a young child had stopped breathing. Sergeant Luna performed infant CPR while waiting on emergency medical services. His calm demeanor and steadfast leadership were critical in saving the baby.

“Putting the mission first and doing the right thing embody the USO’s core values. We congratulate the honorees for their outstanding contributions,” says Crouch.