A Call to Courage: West Morris Central Honors Those Who Served 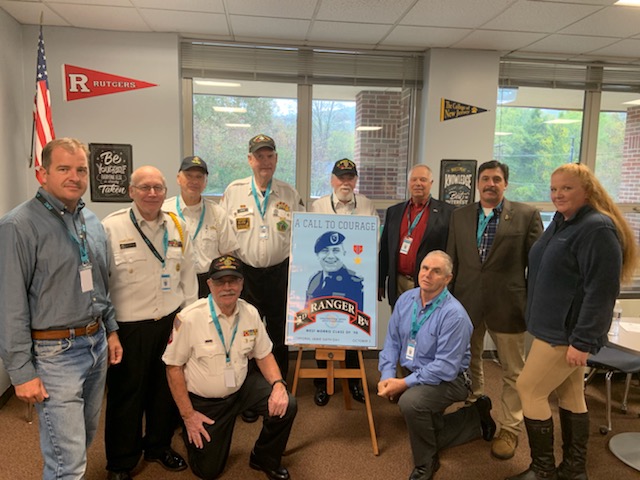 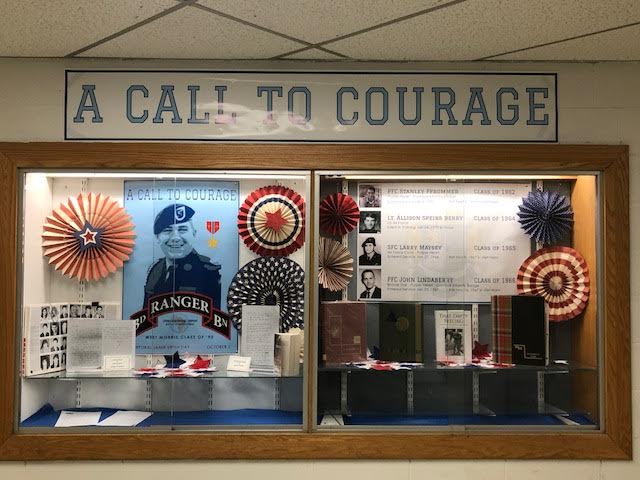 As students walked through the hallways during the week of Oct. 1-Oct. 4, there was a certain sense of patriotism and spirit in the air. For those at West Morris Central, Corporal Jamie E. Smith Day carries a special meaning. Corporal Smith, West Morris Central Class of 1990, paid the ultimate sacrifice during the Battle of Mogadishu. Oct. 3 is recognized in the state of New Jersey as Corporal James E. Smith Day.

After the History Club hosted a veterans forum last spring, Principal Timothy Rymer was talking with a local veteran who shared his enthusiasm to celebrate Corporal James. E Smith Day the following year. Rymer formed a team of faculty at the school to begin planning the October event, where they not only honored Smith, but also four other West Morris Central graduates who paid the ultimate sacrifice for the United States. Smith was honored for his service during Operation Gothic Serpent during the Battle of Mogadishu, while PFC Stanley Pfrommer (WMC Class of 1962), Lt. Allison Speirs Berry (WMC Class of 1964), SFC Larry Maysey (WMC Class of 1965), and PFC John Lindaberry (WMC Class of 1966) were honored for their service in Vietnam.

“Our entire first week in October, we wanted to devote that week to honoring all the veterans who are graduates of West Morris Central. All five of those veterans passed through these hallways and lost their lives for our country and we really wanted to honor them alongside Jamie Smith.” Rymer said.

During A Call to Courage week, history and English classes focused a lesson on learning about Corporal Jamie Smith and his life and service. Clubs got involved at the school as well, with Film Club screening Black Hawk Down (a movie that was inspired by Smith’s last battle). Veterans were also invited to a roundtable discussing with students during the lunch period on Oct. 2 to give them a chance to ask any and all questions about their service. On Oct. 4, a school wide assembly was held.

“Leading up to our big celebration on Oct. 4, we wanted to make sure every student and every staff member knew who Jamie Smith was. We had a big school wide assembly where we had a keynote speaker, Debbie Gonzales, who was Jamie Smith’s English teacher while he was a student at West Morris and she also spoke the eulogy at Jamie’s funeral. Corporal Smith’s brothers and sister were also present to honor their brother’s life.” Rymer said.

Corporal Jamie Smith was born in Morristown in 1972. He graduated from West Morris Central in 1990 and began his career in the military in October of 1990. He was assigned to B Company, 3rd Battalion, 75th Ranger Regiment. He was deployed to Somalia in August 1993 where he served until he was mortally wounded during the Battle of the Black Sea. After his death, he received the bronze star with valor device and oak leaf cluster and a Purple Heart.

Rymer also got the greater Long Valley and Chester communities involved when Long Valley Mayor Matt Murello provided a proclamation to the high school for Corporal James E. Smith Day before the homecoming football game on Oct. 4. The pregame ceremony included a flag ceremony and a moment to remember those students who passed through the school that paid the ultimate sacrifice.

A new initiative, P.R.I.D.E. in the Pack, started by Rymer, aims to give the kids words to describe what it really means to be a member of the West Morris Central Wolfpack. P stands for passion, R stands for respect, I stands for integrity, D stands for determination, and the E stands for excellence. Rymer, of course, wanted to tie that initiative in with their A Call to Courage Week.

“We want our kids to walk away from this assembly and this week, seeing the big picture issue. We are all a family and we are all tied together. Our Pride in the Pack permeates everything in this building and that is something we really stress. I hope our kids understand how important our history is, Jamie Smith’s impact on our hallways and our country, and that they know they will always be part of the Wolfpack family.” Rymer said.

It’s safe to say that the First Annual Call to Courage week was a major success and hopefully another long standing tradition to add even more Pride in the Pack.