A fearless young voice: She The Change 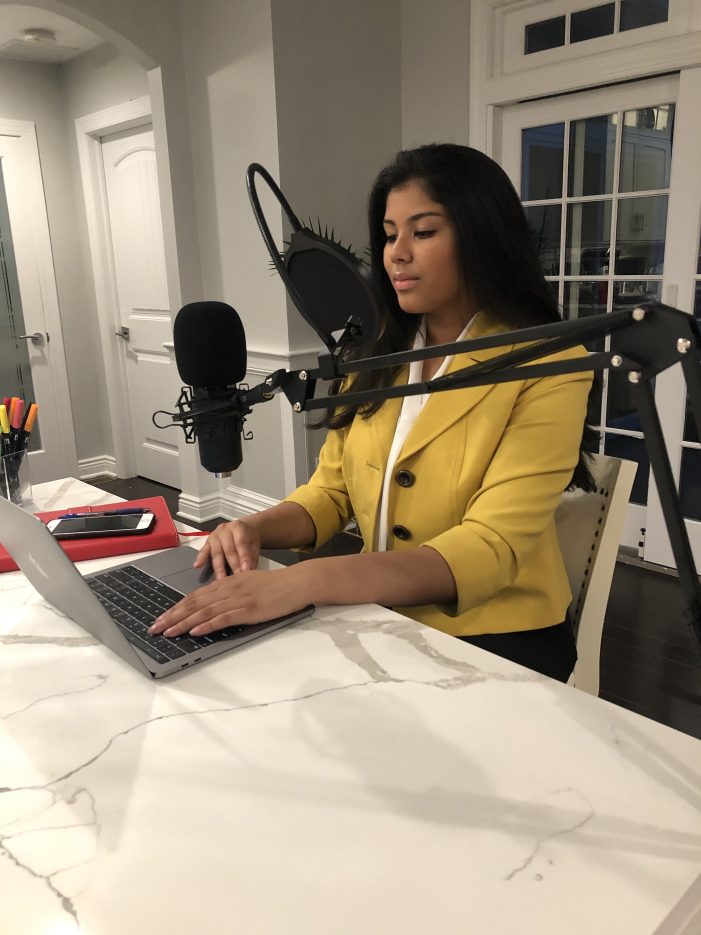 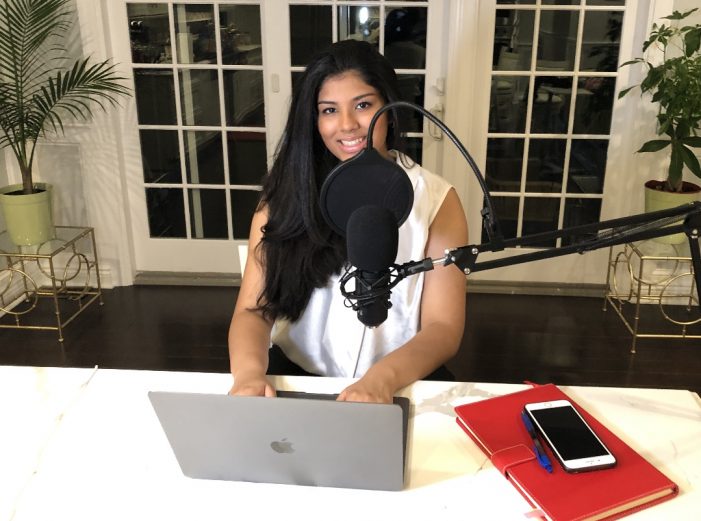 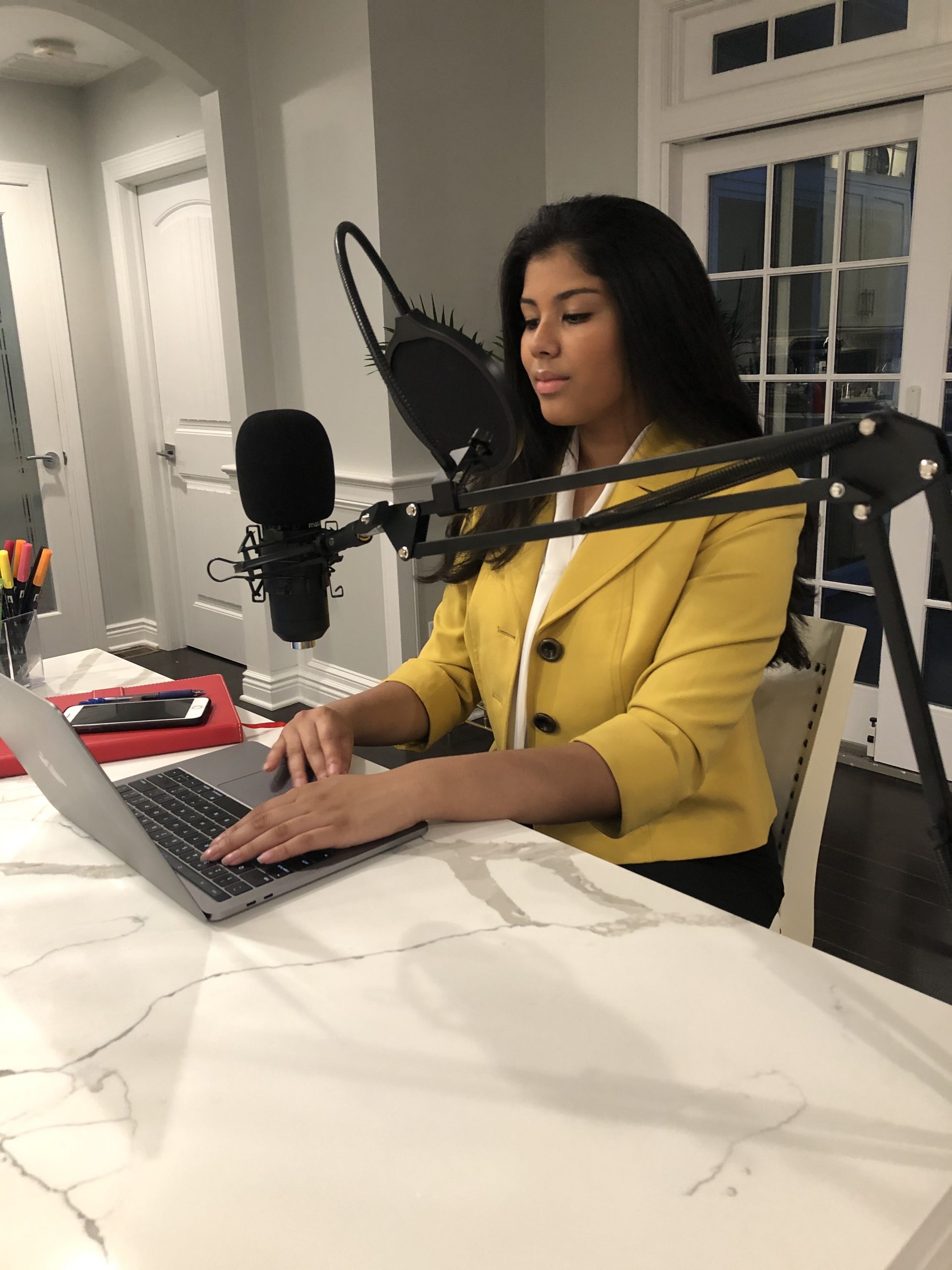 It’s easy to say it’s not my community, not my world, not my problem. Then there are those, like Etasha Donthi, who see the need and respond. The CEO and host of She The Change podcast harnesses that restless energy and unleashes it against injustice, inspiring the next generation of female change-makers to be part of the discussion.

“I believe everyone has the power to change the world,” Donthi says. “My goal is to foster conversations with my guests about today’s most pressing issues, such as inequity in the healthcare sector, mental health, and racism. I am also not afraid to address topics that receive less attention, including access for poor women and girls to basic necessities like menstrual products.”

Hearing stories and discussions about how fearless young women have stepped out of their comfort zone and used their voice to speak up instills an inspired feeling within the listeners, according to the podcast host.

“I am proud to say She The Change has been able to do that,” Donthi says. “It is the most rewarding feeling to receive messages from girls who are choosing to take risks and speak up, even though it may seem intimidating.”

Her podcast guests are powerful, young female leaders who are advocating, empowering and initiating change on a local and global scale. She The Change offers an opportunity for activists and change-makers to converse about issues where societal intervention is necessary.

“Each guest has a different cause of interest, and on the show we highlight that cause and explain its importance,” Donthi says. “Also, I hope to bring well-known female influencers.  It would be a dream to have Alexandria Ocasio Cortez, Karlie Kloss, Michelle Obama, Priyanka Chopra, Greta Thunberg and Nadia Murad join me on an episode because they inspired me to pursue my passion.”

The podcast host’s goal at She The Change is to bridge the gender gap of women in leadership positions by inspiring her listeners to pursue their dreams, start their own initiatives and nonprofits.

According to Donthi, she has already tackled climate change on an episode and her advocacy extends to global warming, pollution, gun violence and more.

“Although we are making progress, the gender gap between women and men in leadership roles is far too large to be ignored,” the podcast host says. “Many girls have amazing ideas that could change this world, but unfortunately, many will never carry through with those ideas because they have been fed the lie that their dreams are not realistic.”

Donthi started She The Change to change that narrative and encourage Gen Zers worldwide to stand up for the causes they believe in. The podcasting space was the perfect platform and the podcast host embodies ‘lead by example,’ working to reduce pollution and end worldwide poverty.

“In August of 2015, I started Hope and Joy for Children, a non-profit that aims to provide those living in poverty with their basic necessities. Millions of people have been experiencing regular food crises, lack of freshwater, destroyed shelter and no medicine. I couldn’t sit idly by as people undeserving of these harsh circumstances suffered day to day without the resources needed to survive,” she says.

Hope and Joy donated $16,000 to Save the Children, an international humanitarian organization.

“My efforts were acknowledged by Disney Youth Service of America and I received the Disney Summer of Service Grant to make a larger impact in my community,” Donthi says. “It was incredibly rewarding to see the money I raised put a smile on hundreds of kids’ faces.  Although ending poverty may seem like an undefeatable force too big for one person to make a difference, I am glad to be taking a step in the right direction and changing the world for the better.”

When it comes to who is listening — the She The Change audience is predominantly composed of women up to age 59, with Gen Z and Millennials the largest listenership.

“The audience has grown to thousands of listeners across many countries because of Instagram. Reaching more Gen Zers through the She The Change audience will only increase the number of people who are advocating and initiating change,” says Donthi.  “That is all I could ask for.”

The podcast market is flooded, but what sets She The Change apart is it’s one of the only podcasts hosted by a teenager.

“And to my knowledge, the first podcast produced with the aim of empowering Gen Z girls to advocate for change, take up leadership positions and empower others,” Donthi says.

The podcast host is filled with humility and gratitude as she reflects on how She The Change has really resonated with people.

“I could not have grown (it) to the scale it has without all the amazing supporters and listeners who share the episodes with their friends and family to extend the impact of She The Change,” says Donthi. “People around the world are taking a leap of faith; I couldn’t be more proud to see girls like me reaching out of their comfort zone and fighting for what they believe in.”

After every episode, the podcast host hopes listeners come away feeling motivated and inspired by the discussion.

“I love to see that inspired feeling translate into action, where the listener takes the knowledge she gained from the episode to initiate change within their community,” Donthi says.

Catch an episode on all major platforms; including Apple, Spotify, Google and Radio Public.

What’s next for She The Change?

“I plan to continue uploading podcast episodes weekly in order to grow,” says Donthi. “Expanding from the podcast space into other platforms to reach a wider audience and inspire millions of girls around the world.”

And she plans to invite well-known guests on the show to share their journey as change-makers.

“As of right now, I solely run She The Change, but I plan on recruiting passionate teen leaders on the team in order to expand the reach,” the podcast host says.

That means Donthi does it all, from searching for guest speakers, recording the episode virtually, editing with audio software, uploading and releasing onto all podcast platforms.

At the end of the day, Donthi is speaking her truth, her way — and dynamically changing the world.

“It is a surreal feeling to receive direct messages on a daily basis from young girls who started their own initiatives because of She The Change, because it proves that She The Change has the power to create a tangible impact around the world.”