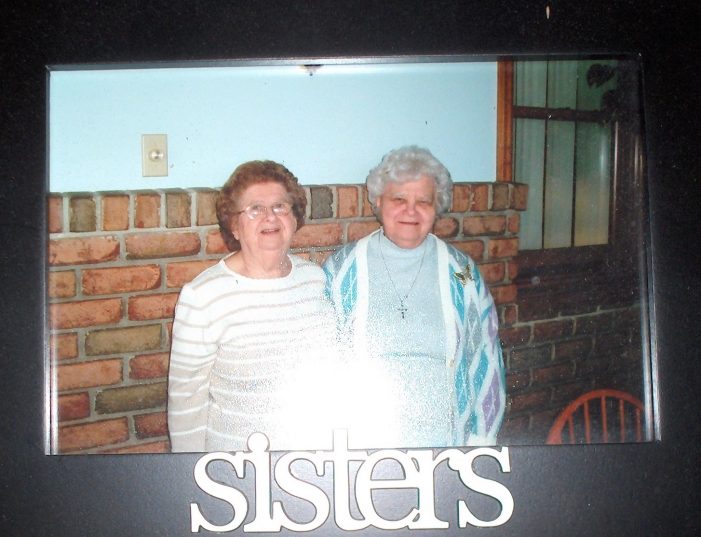 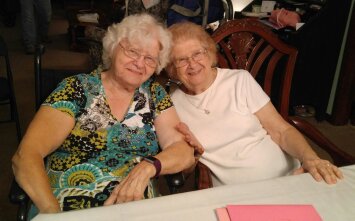 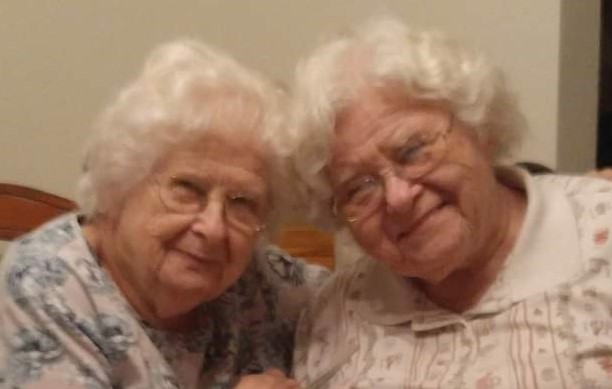 Can love be limited? Is it possible that God’s blessings can reach beyond our limited human understanding of time and space? Are the flames of sibling love, between two sisters, able to transition to a world beyond this world that we humanly know? Is it possible, that love is the greatest force in the universe?

On November 11, 2019, my mom, Janet Kemmerer Mabey, had heart surgery to replace her Aortic Valve. After the surgery, my sister Patti and I were elated that Mom still had a few years left upon this earth, before it would be her time to be called Home to be with the Lord. But by the first of December, it became painfully obvious that Mom’s time upon this earth, was coming to a close.

It was in early December of 2019 that Mom’s general practitioner, told my sister and I that it was time to set up for Hospice home visitations. It was a deeply sad time.

My mother was great stickler for cleanliness. But, I confess that with the influx of nurses and home care professionals, it was tough to keep Mom’s bedroom as neat as a pin. In December, when there were no Hospice personnel at our home, I would read Mom excerpts from the Holy Bible. Mom would then gently fall asleep. But even as Mom would sleep, ever so peacefully, I would continue to read the Bible to Mom.

I remember that it was in the second week of December, that I was reading Mom her Bible, Mom fell asleep. I continued to read the Bible to her. Mom suddenly awoke and begin talking about her plans to have a New Year’s Day party. It was a long standing tradition of the old Mabey Homestead, as far back as I can remember, that New Year’s Day was a time of open house and home-cooked food for the old family farmhouse.

When Mom awoke, she spoke as if we were still living at the old Mabey Homestead, rather than the reality of now living in our Florida home. And, one of the things Mom spoke about that afternoon, was that she was looking forward to seeing her sister Alice on New Year’s Day. Mom began telling me what needed to be done to prepare for the big New Year’s Party.

As Mom would tell me that I needed to clean all the baseboards, vacuum the rugs, Mom would look me in the eyes and say, “oh Richard, I can’t wait to see my sister Alice again.” I remember this went on for a good half-hour, then Mom drifted off to peaceful sleep.

I stayed at Mom’s side. Even though Mom was sleeping, I read her some passages from the Book of John. About an hour later, Mom woke up again and told me immense details of the New Year’s Day Party that we had just had. Mom recalled the memory of the dream that she just had, complete with the most tiny details of the splendid party that she had just been a part of.

Then, Mom looked at me and simply said, “Richard, it was so good to see my sister Alice again. It was all just so good.” Then Mom closed her eyes and once again drifted off to sleep.

On the night of the twenty-third of December of 2019, my beloved mother went Home to be with the Lord. It was a sad moment in time. Looking back now, three years later, I still remember how real Mom’s dream was to her.

Could it be that on some level it was all so very real? That on some Heavenly plain, Mom did see her sister Alice Kemmerer Knothe in spirit, that was as real as anything on this physical plain.

I am not a theologian by profession. I do know this though. God is a source of immense love and compassion. The rest is left to the beliefs of my dear readers.