A Pair of Aces In One Day At Panther Valley 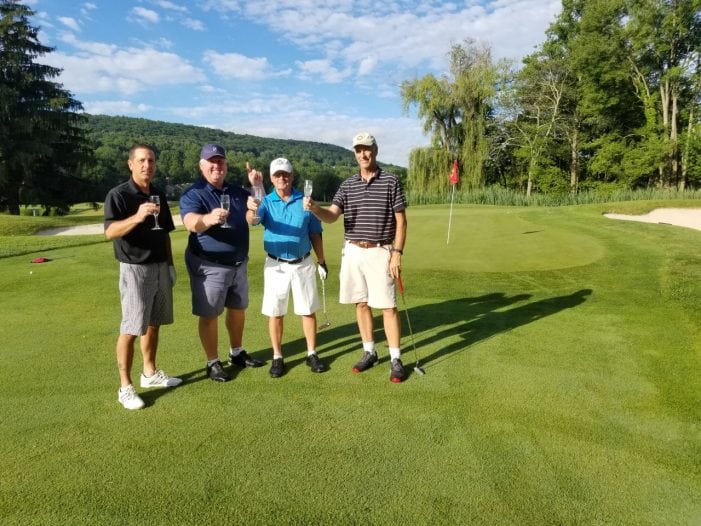 Bill Findlay (group photo, second from left), hit a hole in one on the second hole at Panther Valley on July 21. 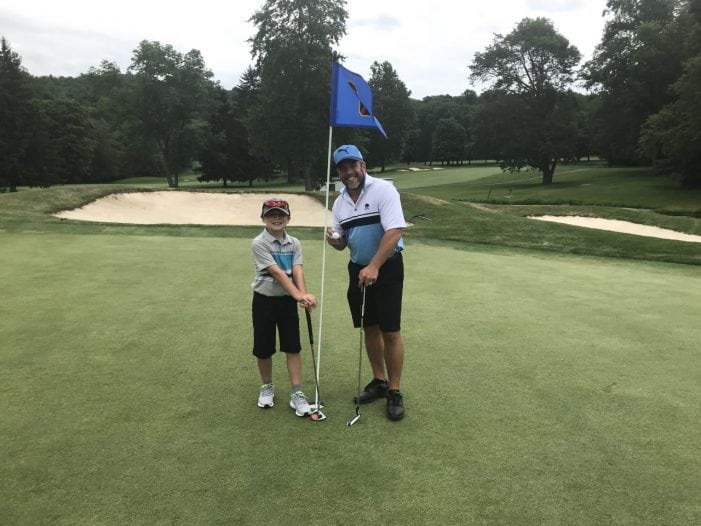 It’s rare enough for a hole in one to occur at any golf course, but it’s truly very, very rare to have two players do it in one day.
But, that’s just what happened at Panther Valley Golf Club in Allamuchy on Saturday, July 21.
Out of the tee box at 7:25 a.m., Bill Findlay, using a six iron, aced the second hole, which plays 155 yards. Findlay played with Steve Moore, Tom Urmanowicz and Fran Gavin.
Following that up, at around 2:30 p.m., was Bobby Deiorio. He aced the tenth hole. Using a five iron on the 174-yard hole, Deiorio watched as his ball dropped into the cup. Equally thrilling for him was that he was playing with his son, Nicholas, who got to witness the special shot.
The aces were extra special for both golfers. They were the first aces recorded in each of their golfing careers. These two were the latest hole in ones at the club this year, with aces now at five and counting. For more information about Panther Valley Golf &amp; Country Club,
visit www.panthervalleygolf.com.