A Visit with the Historical Society of West Caldwell 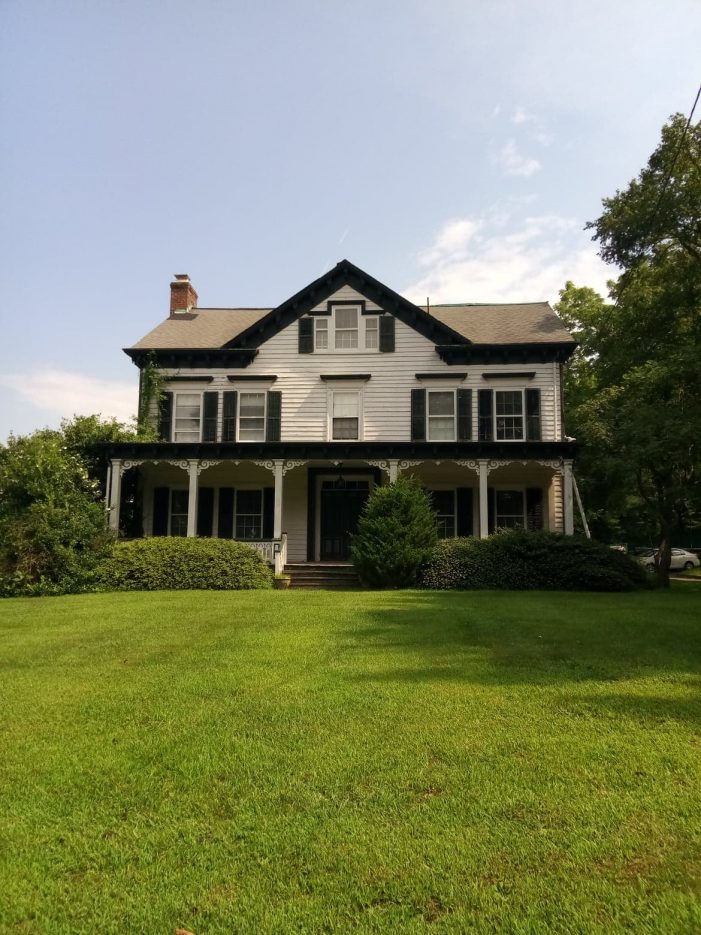 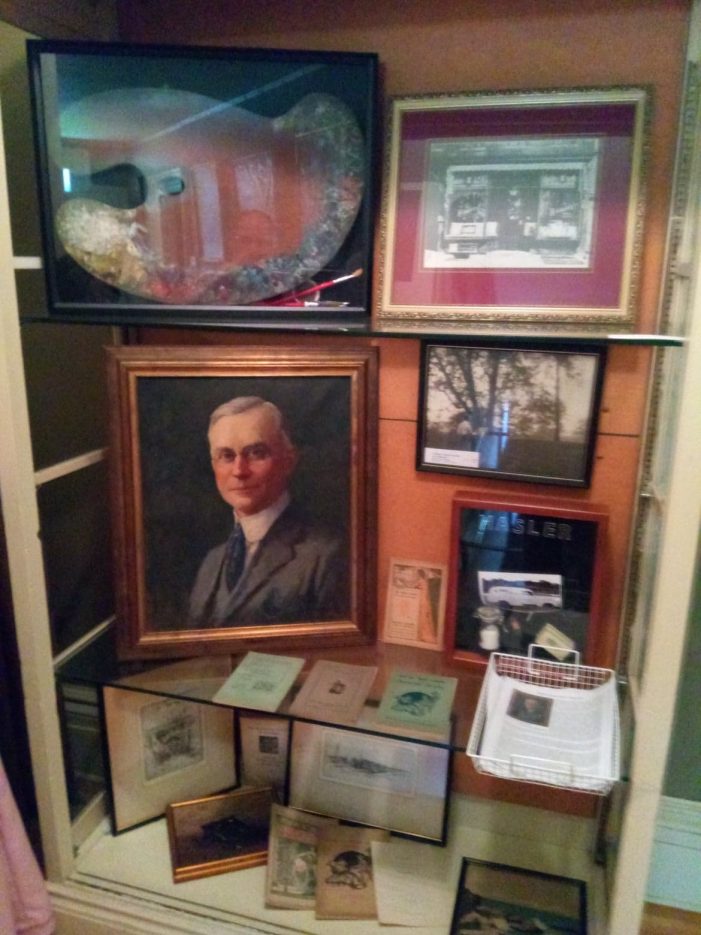 Located on a tiny hill at 289 Westville Avenue in West Caldwell is the Zenas C. Crane Homestead, built in 1854. As beautiful as it looks on the outside, inside there is a wealth of history and artifacts that are glamorous in themselves.

Welcome to the home of the “roughly a couple dozen members strong” Historical Society of West Caldwell. Established post-United States Bicentennial in February 1977 and a non-profit 501(c)3 member supported organization, there are two floors worth of ages past and education that awaits an eager learner. Roxanne Douglas is the President, Beverly Crifasi and Ronald Dey Vice-Presidents, and Kathy Cass is the Recording Secretary. Crifasi is also site historian.

“In the beginning there was the Bicentennial Committee of Caldwell and West Caldwell, that was its name,” says Crifasi. “They decided to do a project and trace the history of houses because they were sure that there were houses more than one hundred years old, but none had been identified as such. And so, they created a book, and it became a West Caldwell book. Ralph Harrity was the editor. The book was published in conjunction with the Bicentennial, and a little later this house (the Crane Homestead) was available, and the people in the group urged the people in the town to take the house, and then they arranged to use the house. The town insisted that the name of the organization had to have ‘West Caldwell’ and not Caldwell. So, the Bicentennial Committee of Caldwell and West Caldwell became the Historical Society of West Caldwell.”

The group, which was chartered in 1981, faces many challenges, including upkeep of the home – which they took over that same year – and membership. The home was renovated and added to in the 1930s.

“It’s important,” says Douglas regarding the HSWC, “because you’re preserving the history of this town, because residents call us up to find out history about their houses or their own family.”

“We have a database online of genealogy,” adds Crifasi of the group’s well-done website, which also includes a virtual tour. 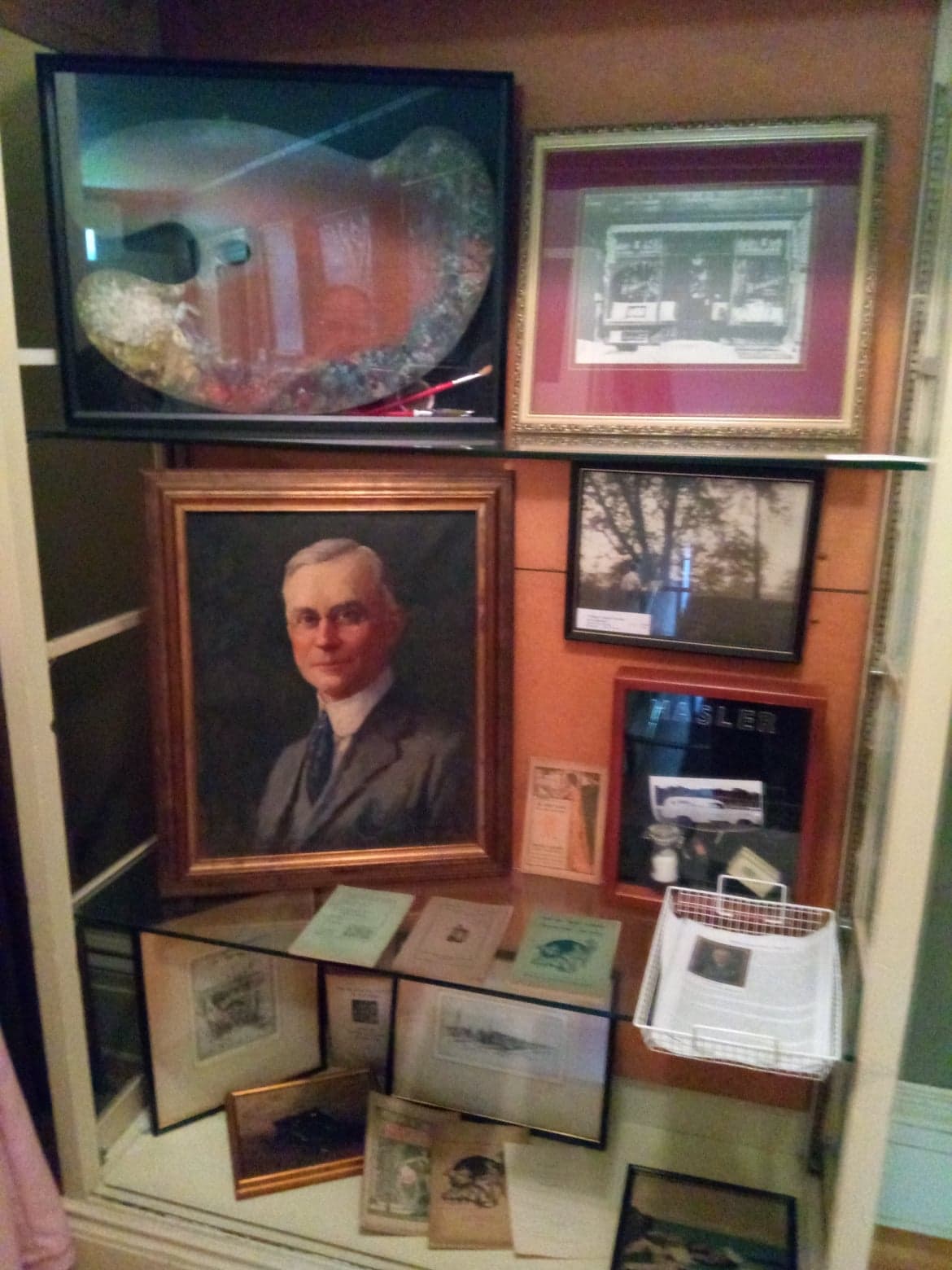 The group also need additional Board members. “That’s important,” says Douglas, “because you get people involved who are interested in history, would like to be involved in preservation, would like to see that society continue. We do need members on the Board, who also bring their own ideas,” she adds with emphasis.

While Crane family photos and items are prominent in the house, there are other items of note, like period dresses made expertly by Cass, and the painting artwork (circa around 1900) of William Hassler which dominates the walls of the front foyer. His painting palette, photos he took, and pill boxes from his local pharmacy are on view. “He was also a musician,” adds Crifasi.

Of chief interest is the Banner Flag of the NJ Cavalry Militia Company. Presented to the HSWC in 1994, it is displayed under protective glass. “We discovered that everything we had been told originally about the flag was wrong,” says Crifasi. Given the flag by one of the members of the Dey family, the flag has been traced to 1814-1820, and red ribbon adorning it reads “Caldwell Troop”.

The Historical Society of West Caldwell does not have regular hours but will open upon request. School and scout troops enjoy visiting, so this is encouraged. There is much to see and learn.

The group, which occasionally is awarded grants to further their worthwhile endeavor, is seeking members, especially folks who enjoy quilting, scrapbooking, and spinning. It is also seeking information on African American, and other immigrant history pertainable to the area. “We want to know a lot more about what they went through,” says Crifasi.