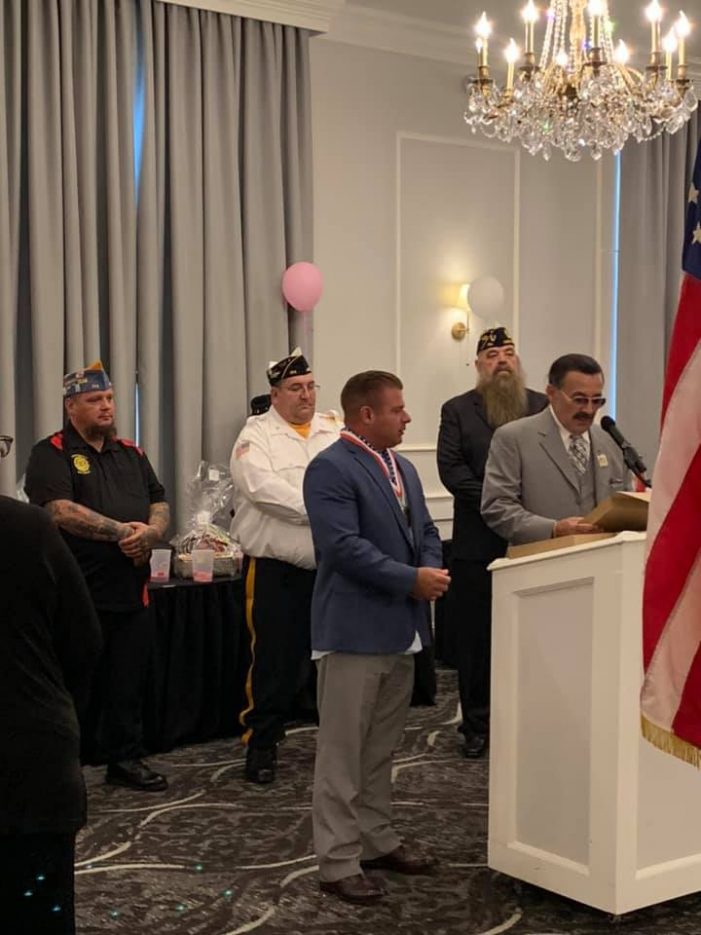 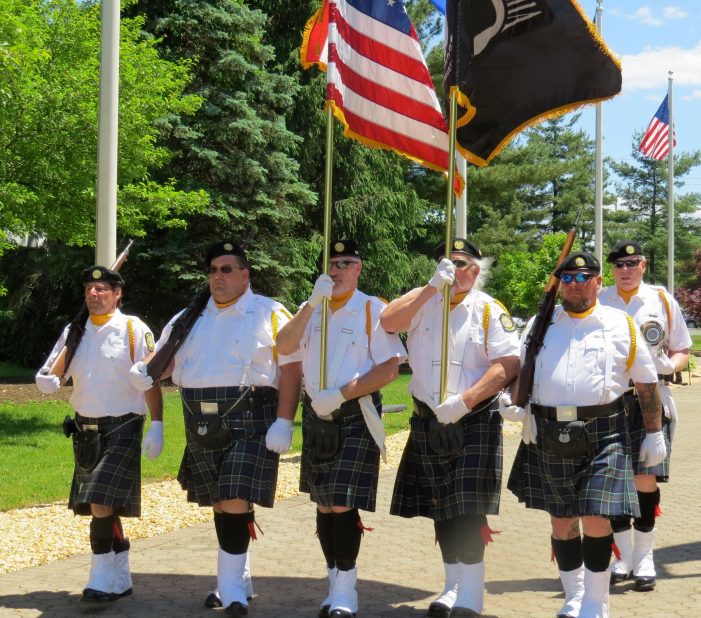 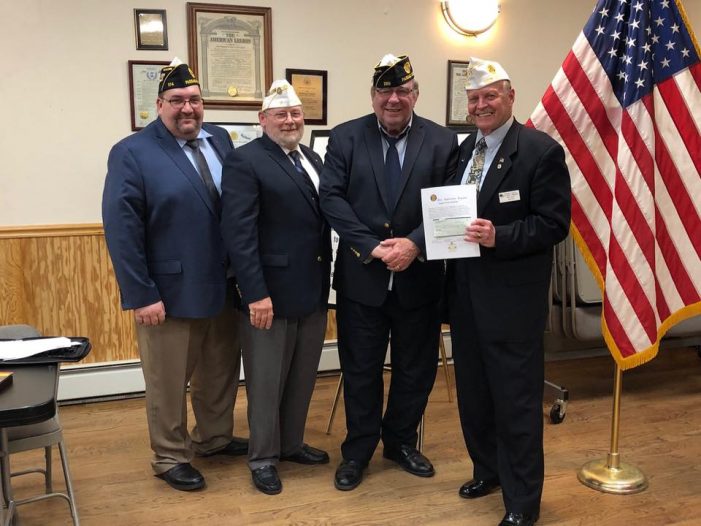 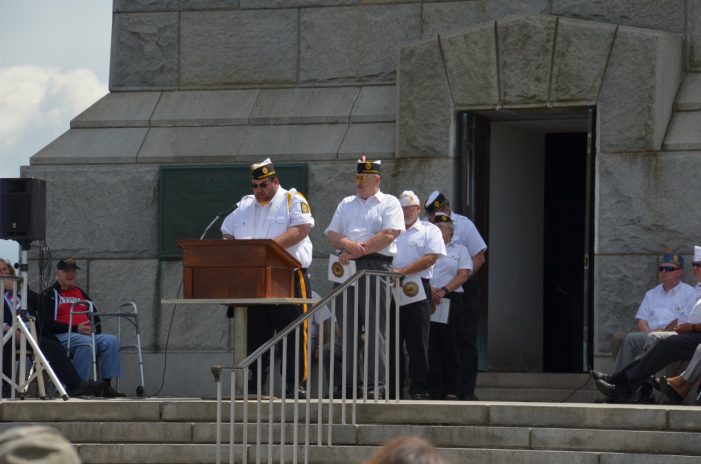 By: Danielle Incognito and Steve Sears

The Wayne American Legion is located at 55 Mountainview Blvd, Wayne, NJ. The American Legion Family of Post 174 boasts that they have “set their goals very high.”  They believe in “not only giving back to our Veterans who we all know deserve it, but also to our Community, State, and Nation.” 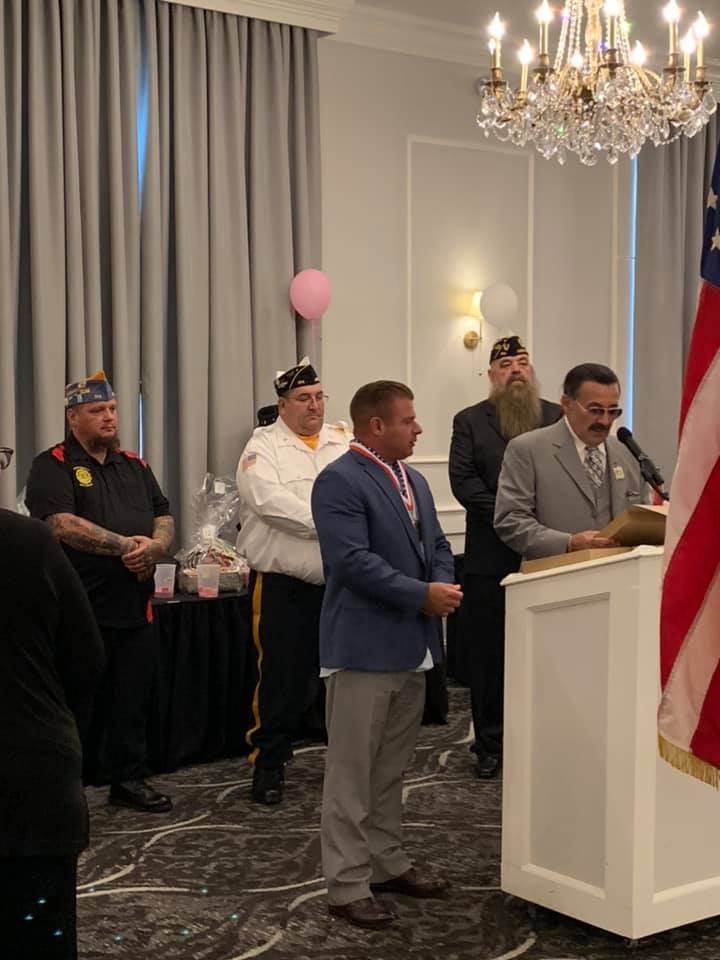 The American Legion, Inc, is a US wartime veteran organization formed in Paris, on March 15, 1919, by three officers of the American Expeditionary Forces (AEF). The American Legion was chartered by the US Congress on September 16, 1919. It is headquartered in Indianapolis Indiana, and has a legislative office in Washington, DC. The Legion played a leading role in the drafting and passing of the Servicemen’s, otherwise known as the “GI Bill”

According to The American Legion Website, “The American Legion is a nonpartisan, not-for-profit organization with great political influence perpetuated by its grass-roots involvement in the legislation process from local districts to Capitol Hill. Legionnaires’ sense of obligation to community, state and nation drives an honest advocacy for veterans in Washington. The Legion stands behind the issues most important to the nation’s veterans community, backed by resolutions passed by volunteer leadership.”

The American Legion’s success depends entirely on active membership, participation and volunteerism. The organization belongs to the people it serves and the communities in which it thrives.

The Anthony Wayne American Legion Post 174 was chartered in 1932. Since then Post 174 has been dedicated to aiding our active military personnel, our veterans, and their families as well as our community. “We achieve this through various programs and fundraisers,” says a proud Joseph Fricker, a Navy cold war submarine veteran and the current commander at post 174, who also boasts of the American Legion itself. “The American Legion is the largest veteran organization in the United States and recently celebrated its 100th anniversary.” 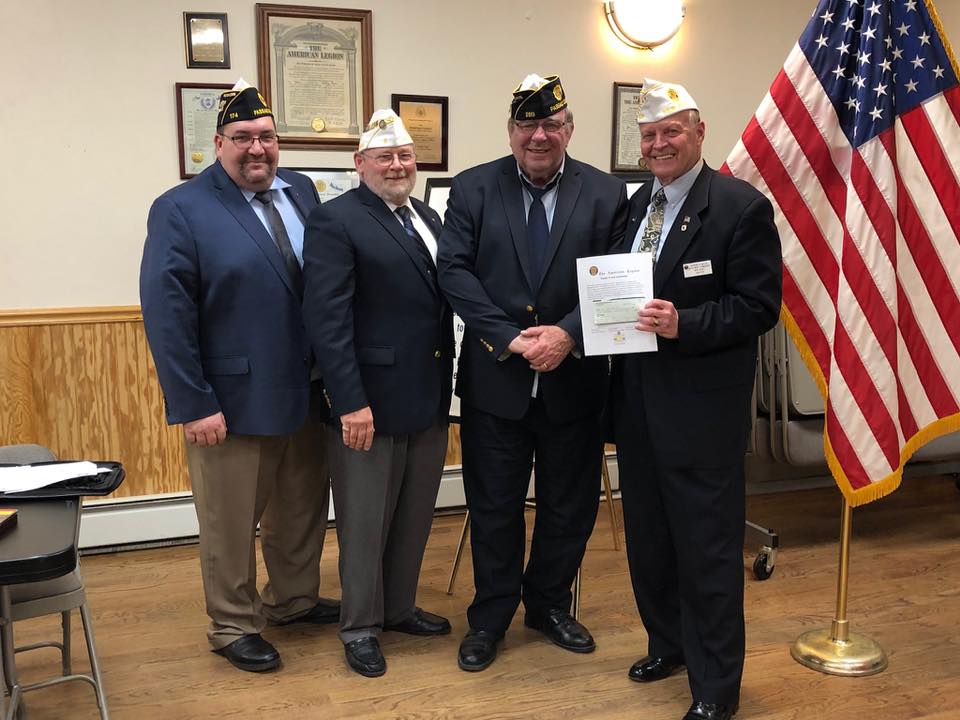 American Legion Post 174 is, in Fricker’s words, “a family consisting of 3 groups all aiming to achieve a common mission.” He provides detail. “The Legionnaires, my fellow service men and women who actively serve or served in the United States military. We currently have 130 members. It is also important to mention the eligibility requirements have recently changed and now any veteran whom has served since Pearl Harbor is eligible to join us.” In addition, there is a Ladies auxiliary, consisting of spouses of active duty personnel or veterans or female descendants of active duty personnel or veterans, which numbers120 members. Then, there is the Sons of the American Legion (SAL), consisting of male descendants of Active duty or veterans, currently with 117 members.

“I would also like to acknowledge our largest program,” says Fricker. “The American Legion Riders consisting of 140 members. Every member is required to belong to one of the above groups, or a member of another post in good standing. These members are motorcycle enthusiasts whom ride for charitable causes.” Post 174 also has an Honor Guard detail who provide services for deceased veterans, as well as provide honor services for local parades, holidays and ball games.

Fricker adds, “It is important to realize the officer positions and titles come with duties but there are no ranks among us; we are all equal.”

The Wayne American Legion boasts the generosity and hard work of its members.  On its website it was proud to say that, “During the Christmas season, 2018, the American Legion Family of post 174 gave away 20 meals to veterans in need.” They delivered everything from Turkey or Ham to Apple pie directly to the homes. They announced that they were very grateful for the donations.

They are also expecting the same for the upcoming holiday season as well. The American Legion Family of Post 174 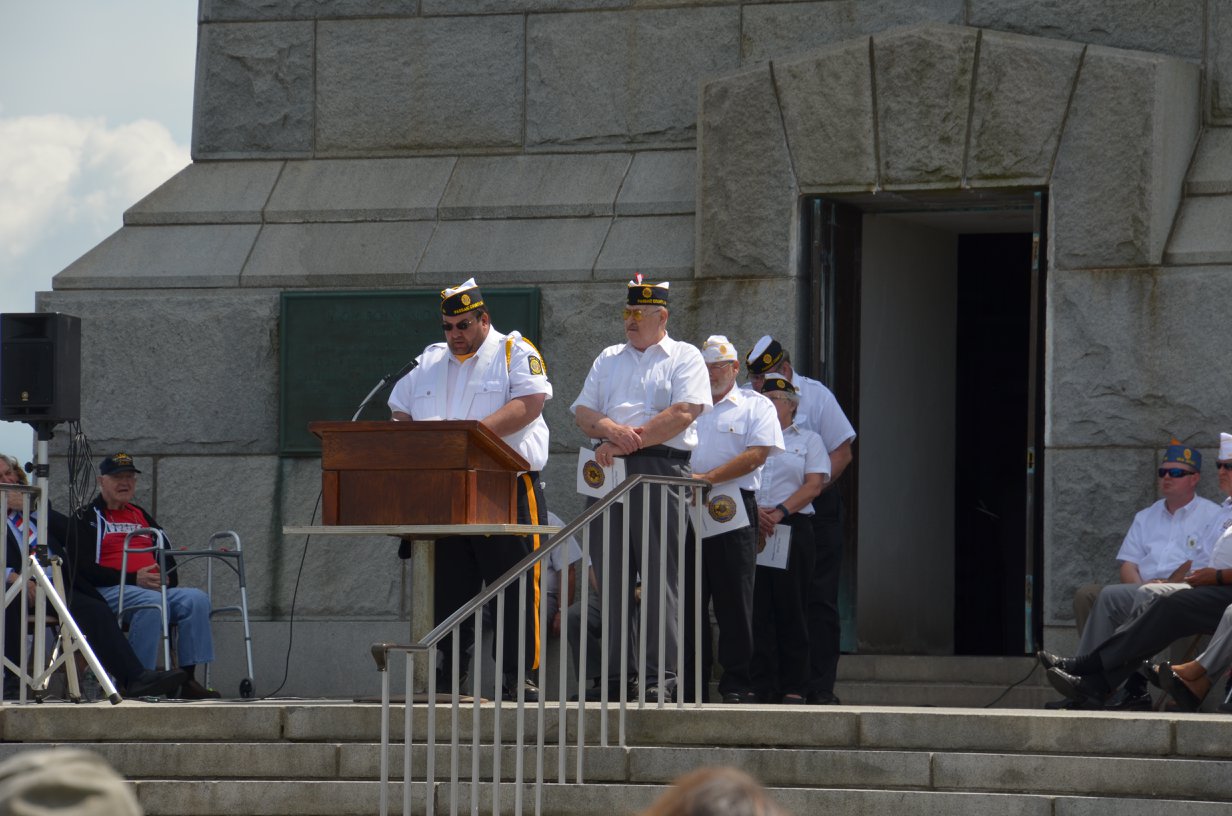 are accepting donations once again for Thanksgiving and Christmas dinner for Veterans as well as those in need in our community and county. All donations can be brought to the Post. “To thank the community for whom we serve, Post 174 is currently accepting nonperishable food and monetary donations for the upcoming holiday season,” says Fricker.

The family of Post 174 hold several fundraisers and projects to raise money to aid servicemen, vets, their families and the community. These include a breakfast served every 3rd Sunday of the month, tricky trays, pig roasts, Christmas tree sales, motorcycle runs, the summer tour, chili cook-off,  cook outs and more. “The funds generated,” says Fricker, “enable us to provide a multitude of donations.” These include Post 174 raising $13,000 for to COTA (Children’s Organ Transplant Association), funds to sponsor two vet dogs to aid two disabled servicemen, supplying the entire meal for 20 families each on Thanksgiving, Christmas and Easter, holding an annual Easter egg hunt, an annual drive for Toys For Tots (a three-day event from November 22 – 24 with bands  free with a toy donation). “Post 174 annually sponsors approximately four young men to attend Boys State program at Rider University, (and) last year Post 174 collected to send a tractor trailer full of supplies to flood areas in Texas, has had rides and made donations to children’s autism, and collected money for Jayden Singer, a disabled young man and one of our post’s disabled youth. And let us not forget,” says Fricker, “the existing programs available through the post for the American Legion programs such as the Oratorical contest, the safety poster contest, scouting BSA, just to name a few.”

The Anthony Wayne Post 174 welcomes new members.  They write, “If you are interested in becoming a member of the Legion, Ladies Auxiliary, Sons of The Legion, and or the American Legion Riders please call or visit our Post. We are no longer your grandfather’s Post. The American Legion sponsors and supports many programs and gives away thousands of dollars in scholarships. For info on this visit www.Legion.org.”

Fricker adds, “In addition to the aid we at post 174 try to provide there are many programs available to our veterans thru the American Legion and its membership, and anyone interested please feel free to stop by the post at 55 Mountainview Boulevard, Wayne, or call the post at 973-694-9777.”

Fricker says, “I am extremely proud to work with such wonderful people and humbled to be part of a great organization. In closing I would like to say again thank you to my members of the family, and (I) look forward to meeting new members of the family. Please feel free to come by and inquire about membership.”