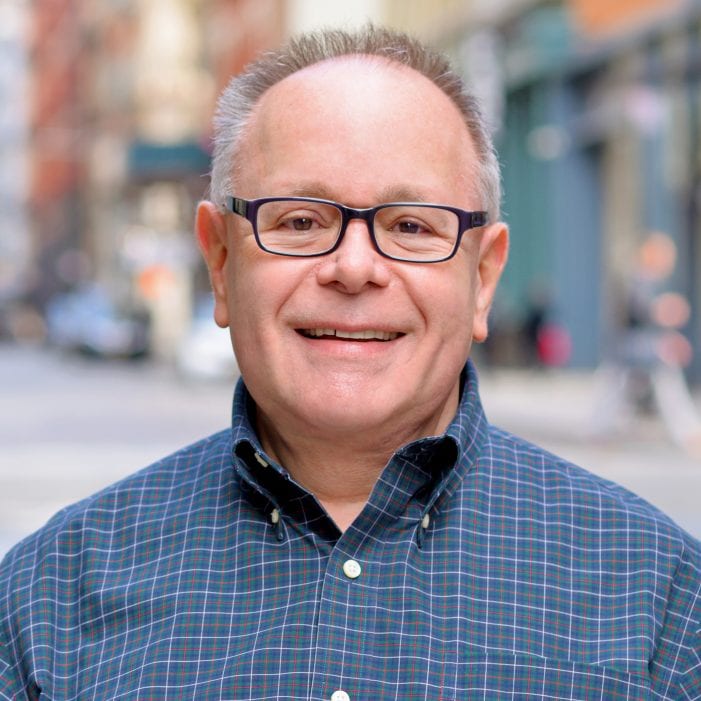 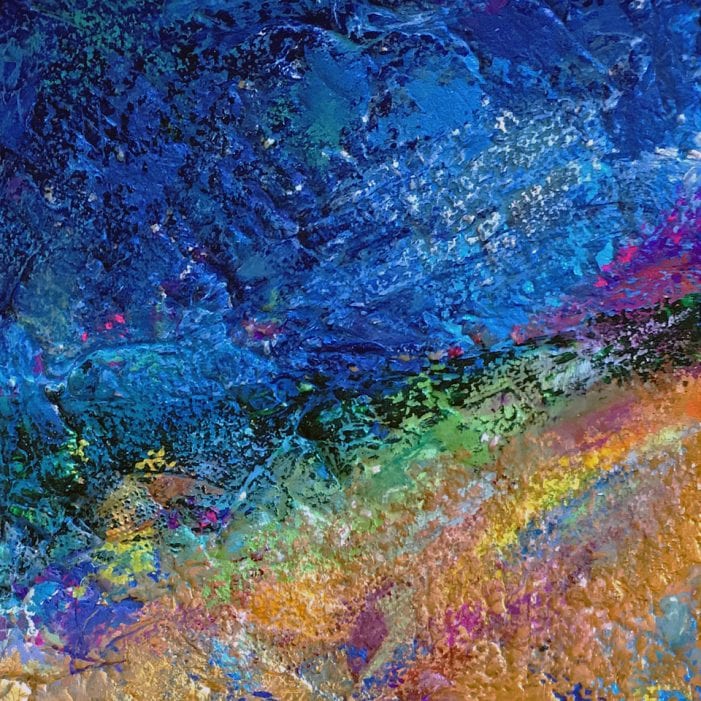 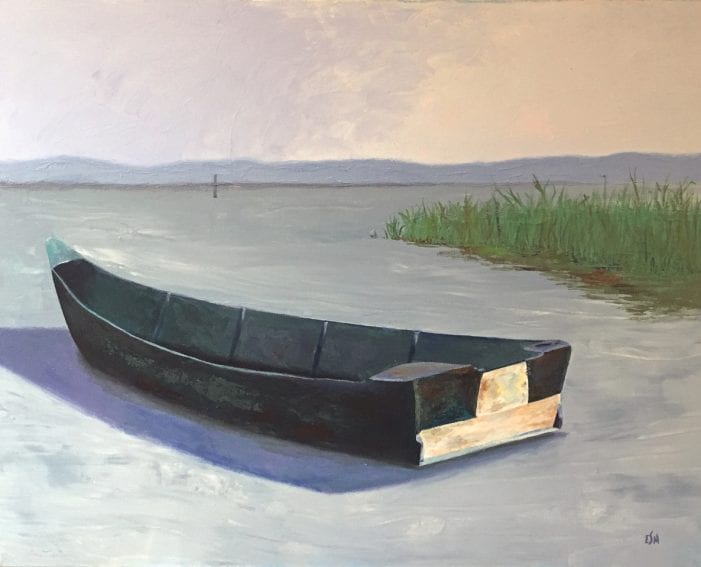 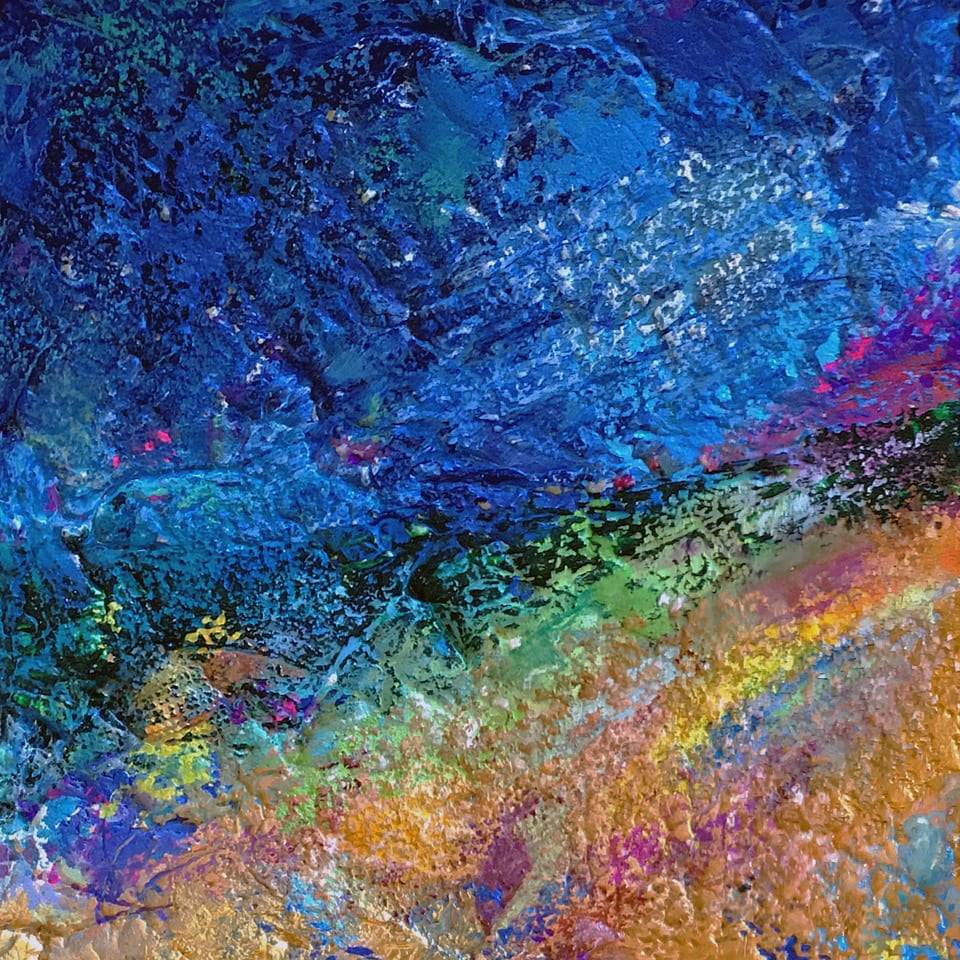 Evan’s love of researching historic sites was a major influence in this series of paintings, but the artist also brings his own touch of creativity. He gives us some background information about how this painting series developed.

“I’ve lived in Essex County for many years and am fascinated with its history, especially of the ‘weirder’ places like Overbrook Asylum and the Walter Kidde Dinosaur Park,’’ said Marshall. “It seemed only natural to feature these places in my new series of paintings.”

Each of the places chosen has an unusual detail that Marshall not only researched but captured on canvas. He briefly sketches, in words, the reasons he selected several sites. He said, “Overbrook Asylum, which stood in Cedar Grove and Verona for over 100 years began its notorious decline when thorazine was introduced in the fifties. Walter Kidde Dinosaur Park in Roseland is where, in the 1970s,

two boys stumbled upon one of the largest sites of dinosaur tracks in the country. Thomas Edison’s revolving Black Maria filming laboratory in West Orange is considered America’s first movie studio. Verona’s mountaintop Kip’s Castle has gone from mansion to monastery to county offices, and was once the source of alarming rumors in the towns below.”

Most interesting is how the artist takes the facts of these historic sites and adds his own creativity. He said, “By presenting this information in a painting, I can also express my ideas about the place and its story. For instance, in Overbrook Asylum, I show the famous hospital’s progression from thriving facility to notorious near-prison to abandoned attraction for urban explorers.”

“Weird Essex County” is actually the second time the artist has created works featuring this part of New Jersey. He said, “My series of six murder mysteries featuring literary agent Jane Stuart is set in a fictional village that is a combination of towns such as Montclair, Chatham, and Roseland. This series, which starts with the novel “Missing 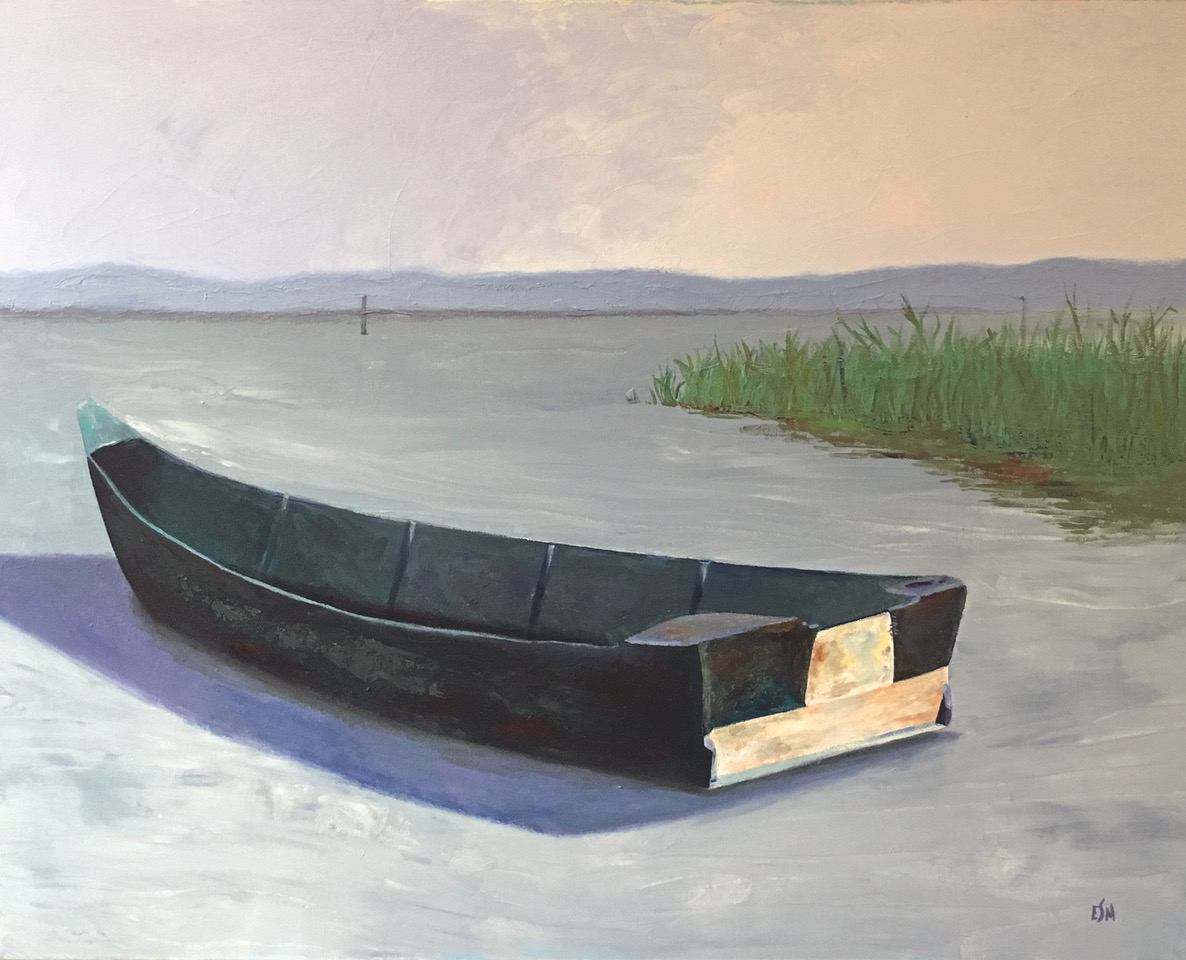 Marlene,” is available on Amazon.”

Marshall’s exhibit at the Roseland Public Library, which runs from October 15 to November 23, is free and open to the public. The exhibit is available for viewing during regular library hours, which are Monday to Thursday, 9 a.m. to 9 p.m.; Fridays 9 a.m. to 5 p.m., and Saturdays 10 a.m. to 3 p.m.

Marshall is an award-winning artist known for his vivid abstract and mixed media work. Recently, one of his paintings was selected to be part of the permanent collection in the art atrium of the new MC Hotel in Montclair.

He will continue to add paintings to the series. More information can be found at his website: www.evanstuartmarshall.com.