Author Cher Gatto’s Passion for Writing Shines Through and Through 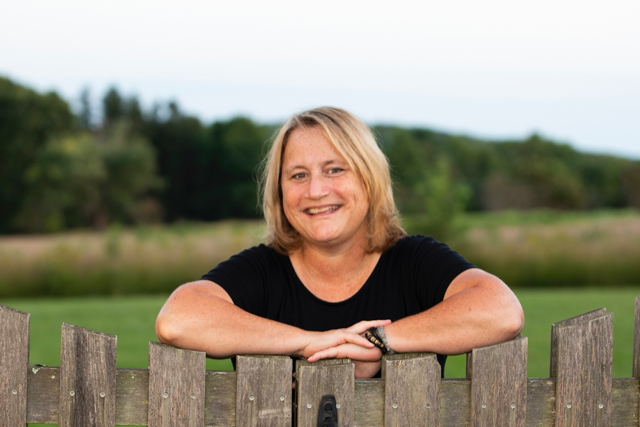 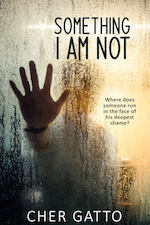 Powerful! Gripping, thought-provoking, and emotional. “It usually takes me a good while to get through a book, but I literally finished this one in 2 days, reading 200-plus pages in one sitting.” That’s how readers are describing the book, Something I Am Not, by author and Chester resident Cher Gatto. Another reader said, “Gatto’s distinct voice dances with a powerful narrative and unexpected twists, making you unable to put this book down.”

Besides being an accomplished, award-winning author, Gatto has five adult children, teaches at American Christian School, and works with the writing community helping them develop and sharpen their writing skills. Something I Am Not was her first novel and her second novel, Regent, will be published in 2022. But the writing won’t end there, Gatto has two more novels in progress.

Something I Am Not is a powerful look at the insidious world of human trafficking right in our own backyard, and the redemptive story of a young man’s fight to get out. It’s about a father who never loved him, a woman who stole his worth, and a brother he couldn’t protect. What makes the novel stand apart from other books on the subject, is that Gatto had a real-life experience with victims of abuse. She and her family lived in Mexico for 10 years serving as missionaries where they developed a ranch for at-risk youth. Gatto’s co-workers ran a women’s shelter, many of the women were teenagers with babies of their own who were a result of abuse, rape, incest, and some had been drawn out of human trafficking. Gatto’s experiences there would be the beginnings of her writing career as she started playing a scene in her head which caused her to grab a laptop and start writing. “This whole story unfolded, and I opened this door, this floodgate, and I started writing, and in a matter of months I had this thing all storied out,” Gatto said. Once she had it written, she wasn’t going to show anyone, but little by little she showed it to friends who wanted more. Gatto said from there she took baby steps which eventually led to publishing her book.

The book won awards, including a 2020 Christian Indie Award and it was a 2020 finalist for the American Christian Fiction Writers (ACFW) Carol Award, both in the young adult category. “I feel like the novel gives a voice to the vulnerable, I feel like there is stuff happening right in front of our eyes,” Gatto says. “I think the story is unique because it’s about a boy and I think we usually have a picture of like a Cambodian girl on the arm of some wealthy American,” Gatto added.

Gatto is unique herself in many ways. For instance, when and where she writes. You would probably imagine her typing in a home office, but she prefers wordsmithing in the living room. Her secret though is writing before the house wakes up. So that means the keys start clicking at 5:00 a.m. for about an hour before she gets ready to head off to her teaching job. “Nothing comes out after school,” she laughs.

There is much more to Gatto’s personal story. She has a blog which has stories about living in Mexico, her experiences with her daughter who was born premature spending 6 months in a neo-natal intensive care unit, and her battle with colon cancer after being diagnosed at age 42. After handing off the ranch in Mexico to co-workers, she and her husband, a pastor, have started a new non-profit which they refer to as their New Jersey ranch. It is a recovery ministry named Our Hub and it helps men coming out of rehab. Finally, there’s a new writers’ group she started 5 years ago that serves people across the northeast with workshops and editing sessions. “I love to give back to the writing community in that way,” Gatto says. She’s quite an amazing author with some amazing work, but more importantly she has quite an impact on people no matter where she resides.

You can read more about Gatto, take quizzes about the book, and even unlock unused chapters that didn’t make the book at www.journeywithwords.com. To read about the Mexico ranch ministry go to www.ranchoelcamino.org To read about the couple’s recovery ministry, go to www.recovery-hub.org.