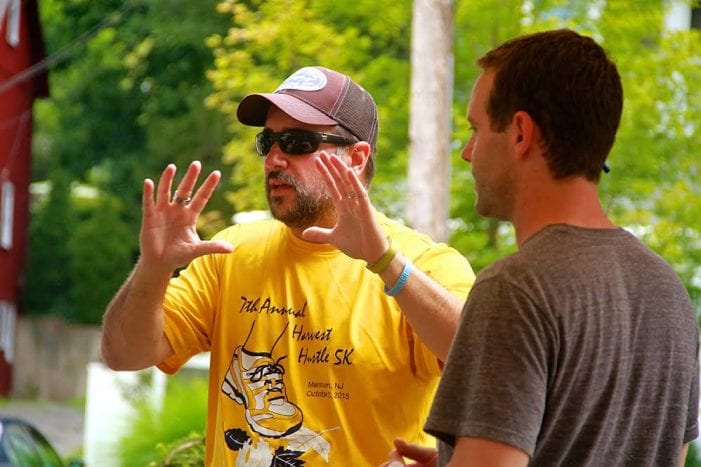 A new psychological thriller is set to screen at the 17th Annual Garden State Film Festival (GSFF), in Asbury Park. Written and directed by Mendham filmmaker, Tony Germinario, The Price for Silence was shot on location in Morris County.

The story follows the journey of a troubled young woman who returns home after the death of her father to confront her childhood demons and the family who paid for her silence.

The harrowing tale covers treacherous familial territory, where dark family secrets lie in wait, and scores demand to be settled.

Embroiled in a toxic brew of sexual assault, opioid addiction, and alcoholism, family members are forced to reckon with the tragic fallout, each in their own way. This is a movie where festering family wounds come home to roost.

The Truth Will Cost You, warns the movie’s foreboding tagline. As the story reveals, not only is there a ‘price’ for silence, but a ‘cost’ for telling the truth.

The Price for Silence is winning rave reviews on the festival circuit. The film has garnered 8 ‘Best’ awards. More festival screenings are coming up, including the Idyllwild International Festival of Cinema, in California.

Also nominated are Mike Hechanova for Best Cinematography, and former Blondie guitarist, Paul Carbonara for Best Musical Score. After premiering at the Chelsea Film Festival, the film was picked up for distribution by Indie Rights and House of Film (International).

Building a career in independent film is to face steep odds at every turn. Shoe-string budgets, miniscule shooting schedules, limited production resources – all are part of the moviemaking puzzle.

Wrangling a hit film out of the blizzard of details requires a steady leader at the helm. Rising indie writer/producer/director, Tony Germinario, is managing to beat the odds with his own set of best practices.

The director sums up his filmmaking philosophy simply: “It takes a village.”

Germinario’s passion for film started early. Growing up, he and his father shared a special connection over their favorite movies. He developed his film interests at Fairfield University, where he first began writing scripts.

After pursuing a career in music, Germinario returned to writing screenplays and began producing short films based on his stories. In 2012, he started his own film company, Vincenzo Productions, named after his father.

Topping the filmmaker’s key practices: work with people you trust.

Germinario applies this approach to the talented actors he works with, his crew, and the inclusion of his own family in his productions.

The director credits his day job in software sales with giving him an edge in the business side of filmmaking. Which leads to another essential discipline: preparation.

“Preparation is almost more important than the filming itself, because if you don’t do the right preparation things are not going to go smoothly on set and, as the director, you have to make sure everything goes as smoothly as it can. So preparation, to me, is huge.”

Shooting in home towns saves production monies and gives Germinario an opportunity to hire local residents as production assistants and movie extras. The Price for Silence includes scenes shot at Bailey’s Funeral Home in Mendham, the Mendham firehouse, a friend’s home, and more.

“The filmmaking community is really close-knit and, for the most part, people are open to just sharing their experiences and helping the next person. Someone was in your place before you. So how do you pay it forward and make sure you (say), ‘Hey here’s what I learned, this is something that might help you in your next project.’ ”

The director is busy with a number of projects in the pipeline. His storytelling tastes run the gamut: two new horror films, a comedy, and another thriller.

Definitely a man on a mission, the director adds, “I don’t want things to go slow, so we’re ready to roll. We’re getting it out there as quickly as we can.”

Germinario is looking forward to his screening at the Garden State Film Festival. He will attend the Q & A session afterward, along with members of the cast and crew.

“We’re nominated for a bunch of awards there already, so I’m really excited about that being the biggest hometown festival. I’m happy about that one.”

For more information about The Price for Silence screening and The Garden State Film Festival, and to purchase tickets, please visit www.gsff.org.