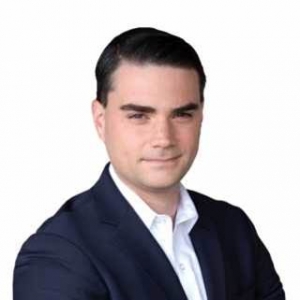 President Trump is a bull in a china shop. He says inadvisable things to inadvisable people, mainly because he is inadvisable — literally no one can advise him. The vast majority of things Trump says are ignored or brushed off by those who understand the difference between bloviation and manipulation. Still, Trump’s constant stream of noise can make it difficult to tell the difference between the two.
So when an intelligence community whistleblower came forward with an allegation that, on a call with the Ukrainian president, Trump proposed a quid pro quo with the Ukrainian government — release of military aid in exchange for a Ukrainian investigation into Joe Biden and son Hunter Biden — the allegation didn’t appear absurd on its face. The timeline, after all, seemed to match up: Trump allegedly suspended military aid to Ukraine personally a week before talking with the Ukrainian president, only to release the aid after the holdup was met with public scrutiny.
Then, the Trump administration released a transcript of the call, in which Trump used the typical New York real estate wheeler-dealer language of favors: favors related to investigations surrounding CrowdStrike, the firm tasked with analyzing the hack of the Democratic National Committee in 2016, an investigation that concluded with allegations of Russian interference; favors related to helping Rudy Giuliani investigate the origins of the 2016 Trump-Russia investigation; favors related to investigating the Bidens. The theory seemed to be gaining credibility.
Then it seemed to fall apart. It turned out that the Ukrainian government apparently had no clue that Trump was even withholding military aid — and without such a (SET ITAL) quid (END ITAL), there couldn’t be a (SET ITAL) pro quo (END ITAL). The Ukrainian president publicly proclaimed that Trump hadn’t pressured him. The whistleblower report turned out to be third-hand gossip rather than first-hand information. And allegations of a cover-up imploded as the Trump administration released information ranging from the transcript to the whistleblower report itself.
And so, Democrats have begun to move the goalposts. Now Democrats are claiming that the State Department is engaged in obstruction, just minutes after claiming that Trump’s Department of Justice had engaged in obstruction. Democrats allege that Trump’s behavior — without allegations of criminal conduct — is enough to justify impeachment. Now, after Trump predictably took to Twitter to rail against the whistleblower and the Democrats, Democrats claim his behavior amounts to “witness intimidation.”
As the grounds for the impeachment inquiry broaden, it’s becoming clear that the Democrats’ enthusiasm for impeachment outweighed their supporting evidence. They leapt before they looked — and now they’re trying to backfill an impeachment inquiry that must end with an impeachment vote or lay bare the emptiness of the original attacks themselves.
Perhaps Democrats (SET ITAL) will (END ITAL) come up with something. That’s always possible, given the amount of leaking and loose talk around the White House. But barring some sort of cataclysmic revelation, the impeachment effort seems to be stalling out. And based on the current evidence, it should.
Ben Shapiro, 35, is a graduate of UCLA and Harvard Law School, host of “The Ben Shapiro Show” and editor-in-chief of DailyWire.com. He is the author of the No. 1 New York Times bestseller “The Right Side Of History.” He lives with his wife and two children in Los Angeles. To find out more about Ben Shapiro and read features by other Creators Syndicate writers and cartoonists, visit the Creators Syndicate website at www.creators.com.
COPYRIGHT 2019 CREATORS.COM