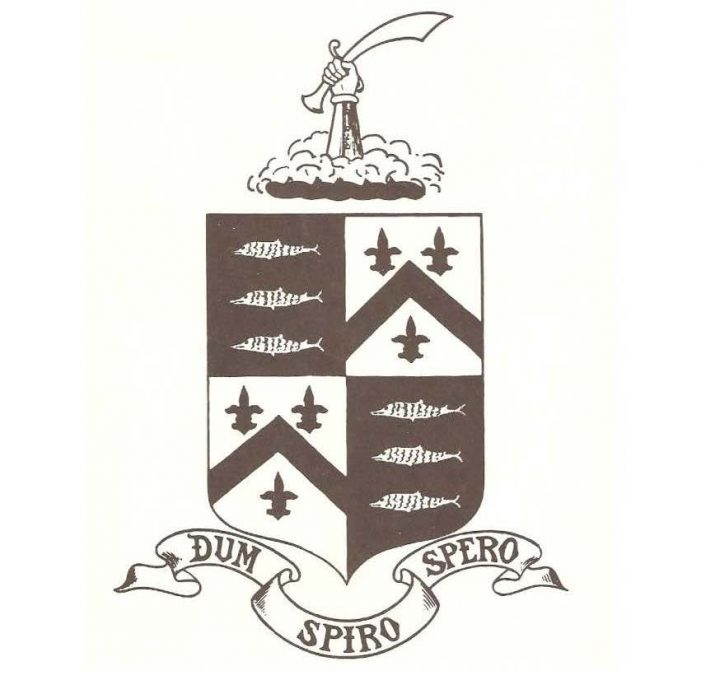 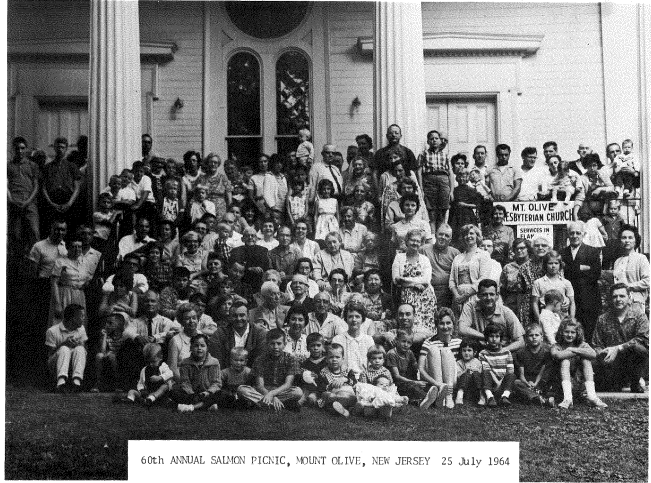 Today, researching family history can be as easy as a simple Google search or mail-in DNA kit.

But for the Salmons, whose connection to Mt. Olive dates back to the 1700’s, preserving and documenting their genealogy has been a labor of love for generations, allowing them to pass down stories of the family’s long-standing commitment to patriotism and public service.

“There are some people who don’t think family history is important,” said Art Charlton, the Salmon Family Association’s official historian.

“But I think it’s important to know where you’re from to be able to look to the future.”

The long-standing connection to Mt. Olive is a source of pride for many in the family who still live here, said Sue Anderson, Salmon Family Association president.

“I love that my family was from this area, and I’m still in this area and that’s very special to me.”

Efforts by Charlton, Anderson and other relatives before them has lead to a book, “The Salmon Family Genealogy and History,” and kept an important family tradition alive – the Salmon Family Picnic.

Like many original settlers, the Salmons were known as prominent farmers and mining financiers.

A historical survey from 1853 locates the original family homestead, a two-story clapboard home, on Corey Road in Flanders and may have been the boyhood home to one of the family’s most well-known ancestors, Peter Salmon.

He was a Captain in the Revolutionary War as part of the Morris County Militia, serving for five years.  His patriotism has become an integral part of Salmon family oral history.

“He was still alive during 1812, and he wanted to enlist and fight the British again,” said Charlton.

Given his age-at the time he was in his 70’s, and his wife’s reportedly strong objections, he did not serve in the Army again.

But that certainly didn’t keep him from being a proud American Patriot, when every Fourth of July, he would dress in full military regalia and parade on his horse in celebration.

Peter Salmon had 11 children, which created a large network of descendants in the Mt. Olive area, and several went on to pursue lives in public service at the local, state and even national levels.

“It’s not that we’re a family full of politicians, but we have many people very active in communities through all different levels,” said Charlton.

Perhaps the most prominent was Josh Salmon, Charlton’s great-great-grandfather, who began his public life in the State House, was later elected as Morris County Prosecutor and then served as a Democrat in Congress in 1899 until his death in 1902.

Salmonella Gets its Name

One of the most interesting claims to fame for this local family is through Daniel Salmon.  Born in Mt. Olive in 1850, he was educated locally and went on to Cornell University, where he was one of the first in the United States to receive a bachelor’s degree in Veterinary Science.

His rare education landed Salmon a job at the Department of Agriculture, which was the beginning of a 20-year career serving in various government roles, where he lead research in animal disease control and is credited with modernizing regulations for the livestock industry.

During his tenure in Washington he was considered the most influential veterinarian of his time, and as an honor, his colleagues named the dangerous group of bacteria he discovered, Salmonella.

“I was aware of salmonella before I was aware of the family connection to it,” admitted Charlton.  “Though it’s a horrible thing, it’s interesting that the name comes from Daniel.”

While there are no local roads, schools or lakes named after the Salmons, many of them married into those more well-known founding families, including the Budds, Stephens and Wolfes—all of whom settled here in the early 1700’s.

“Back then a lot of them were farmers and had a lot of acreage, so they only traveled to the neighbors which could be miles from each other,” explained Anderson.

In fact, Peter Salmon’s three sons married three daughters of Dolly and Richard D. Stephens, whose family owned several mills and a forge in the area.  Several Stephens played important roles in Mt. Olive’s early days.  According to the Mt. Olive Historical Journal, another Richard Stephens participated in the proceedings that created the township in 1871 when Mt. Olive was split from Roxbury.  He became one of the first committeemen and also served as Mt. Olive’s first postmaster.

The Salmon family’s connection to the Budds and Wolfes also goes back generations, and stories passed down suggest the members kept in contact and stuck together.

One goes back to the Revolutionary War, when several wives of these four families made the trek to Morristown to pay a visit to their husbands stationed at George Washington’s headquarters at Jockey Hollow, in the hopes of persuading them to come back to their farms and gather the crops.

They found the men working on the walls of a nearby fort, and unimpressed, called the work ‘nonsense’ leading to the fort’s eventual name.

Anderson admits it’s unclear how much of this tale has been embellished over the years, given it was never written down, but it is a popular one shared by family members.

A family who picnics together stays together

Many of these stories are shared when relatives come together for the bi-annual Salmon Family Picnic.  The event is often attended by roughly 100 people, all descendants of Peter Salmon with some traveling from as far away as California.

It’s at these gatherings Charlton says stories are told and precious documents are exchanged.  At past picnics he was given papers written by a relative who served in the Spanish-American War and was told a story about two brothers who died while serving in the Civil War.

“A lot of times people will bring pictures and someone will say ‘oh I remember that person’ or ‘I remember that party,’” said Anderson. “So it’s just a fun thing to have as part of your family heritage.”

Charlton thinks they also serve as a good motivator for future generations to live up to their family’s prominent past.

“To see where you fit into the bigger picture and contributions your family made raises the bar higher for yourself and your kids,” said Charlton.