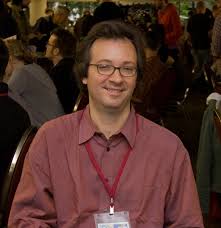 Donald Trump may soon look back at his defeat as the best thing that ever happened to him. The former president has been disgraced and double-impeached, and faces criminal prosecution. Fortunately for him, he slipped out of Washington, D.C., just in time to avoid the blame for an economic catastrophe no one can fix.

No one inside this political system, anyway.

Over the last month, 5.2 million Americans filed for first-time unemployment. As of December, the key civilian labor force participation rate was 61.5%. Those are staggeringly bad numbers, comparable to those of the Great Depression. And this is following a year of atrocious job losses. “It’s literally off the charts,” Michelle Meyer of Bank of America said in May. “What would typically take months or quarters to play out in a recession happened in a matter of weeks this time.”

A little history: The last time the economy tanked was at the end of George W. Bush’s presidency, during the 2008-09 subprime mortgage crisis. We were seriously freaking out by the time Barack Obama was sworn in. The Great Recession was the worst meltdown since the Great Depression. Tens of millions of Americans lost their jobs and/or their homes, many to illegal bank foreclosures.

Yet the Great Recession, bad as it was, was nothing compared to what we face now. In January 2009, first-time unemployment filings totaled 600,000. We were terrified! And rightly so.

And in January 2009, the labor force participation rate was 65.7%. About 7 million Americans have been unemployed so long that they have given up looking for work since 2009. They’re not in the official unemployment rate, but they’re jobless in all the ways that matter. They’re broke; they’re not paying taxes; and they’re a burden on the welfare and health care systems.

Obama’s first-term economic stimulus package was anemic. It bailed out Wall Street, not Main Street. So it took seven years to dig out of the hole — nearly the entirety of Obama’s two terms. Insufficient stimulus led to big Democratic losses in the 2010 midterm elections, the Occupy Wall Street movement on the left and Trump’s populist takeover on the right (interestingly, Trump carried counties where it took longer to recover).

Every intelligent Democrat looks back in regret at Obama and the Democratic Congress’ decision not to go big to put people back to work. “The Obama stimulus was too small and too subtle,” Derek Thompson writes in The Atlantic. “It was too small because the Republican opposition was intransigent, and the Democratic coalition was uncomfortable with the multitrillion-dollar deficits necessary to close the GDP gap.” President Joe Biden faces exactly the same situation.

Now it’s worse — much worse. “The magnitude of the crisis in 2008 was enormous, but this time we’ve got multiple overlapping crises,” Biden’s senior campaign policy advisor, Jake Sullivan, remarked in September.

It’s a six-alarm fire. But help is not on the way. “Key Republicans have quickly signaled discomfort with — or outright dismissal of — the cornerstone of Biden’s early legislative agenda, a $1.9 trillion pandemic relief plan that includes measures such as $1,400 stimulus checks, vaccine distribution funding and a $15 minimum wage,” The Washington Post reported on Jan. 25. “On top of that, senators are preparing for a wrenching second impeachment trial for former President Donald Trump, set to begin Feb. 9, which could mire all other Senate business and further obliterate any hopes of cross-party cooperation. Taken together, this gridlock could imperil Biden’s entire early presidency, making it impossible for him to deliver on key promises as he contends with dueling crises.”

Even if Biden were to pull a miracle bunny out of his hat by convincing Congress to pass his stimulus package intact, those $1,400 checks won’t be nearly enough to pull the economy out of a tailspin. Obama’s stimulus, worth $995 billion in today’s dollars, was half the size of Biden’s. But Biden has a hole nine times bigger to dig out of. In relative terms, then, Obama’s stimulus was 4.5 times that of Biden’s — and everyone agrees it was way too small.

Progressive economists, the same experts who were right about Obama’s mini-stimulus 12 years ago while Very Serious Pundits were dead wrong, calculate that Biden should spend two to three times the $1.9 trillion he is requesting from Congress in order to save the economy. “Congress is debating a stimulus package right now that would leave our estimate of true unemployment still hovering around double digits,” says Mark Paul, political economist at the New College of Florida and the co-author of a report by the progressive think tank The Groundwork Collaborative. “We have the tools to put the economy back on track. Unfortunately, Congress lacks the political will to act.”

The painfully slow rollout of the COVID-19 vaccine, exploding infection rates and soaring unemployment point to a brutal winter followed by a long, hot summer, 1968-style. Biden isn’t asking for enough. Congress won’t approve the little bit he’s asking for. And the failure of American democracy to address our crises will soon be evident to everyone.

As rage boils over from far left to far right, the Jan. 6 coup attempt at the Capitol may soon look like less of a historical anomaly than a precursor to collapse or revolution. If I were Biden, I might call The Donald and ask him if I could hide out at Mar-a-Lago.

Ted Rall (Twitter: @tedrall), political cartoonist, columnist and graphic novelist, is the author of the biography “Bernie.” You can support Ted’s hard-hitting political cartoons and columns by sponsoring his work on Patreon. To find out more about Ted Rall and read features by other Creators Syndicate writers and cartoonists, visit the Creators Syndicate website at www.creators.com.