Blast from the Past: Yogi Berra Museum & Learning Center – A Legacy of Education 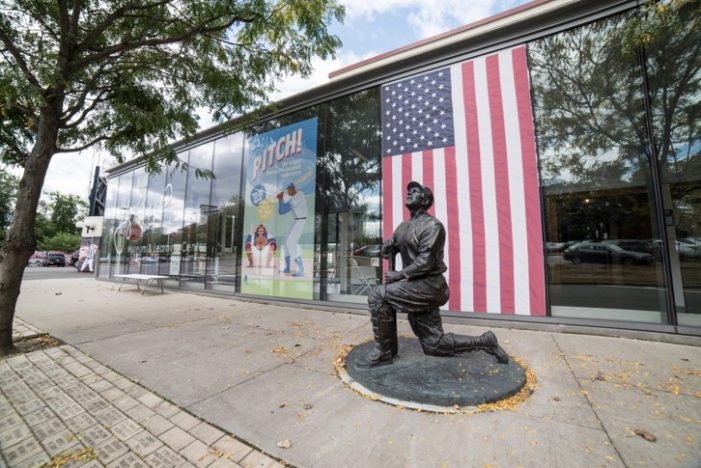 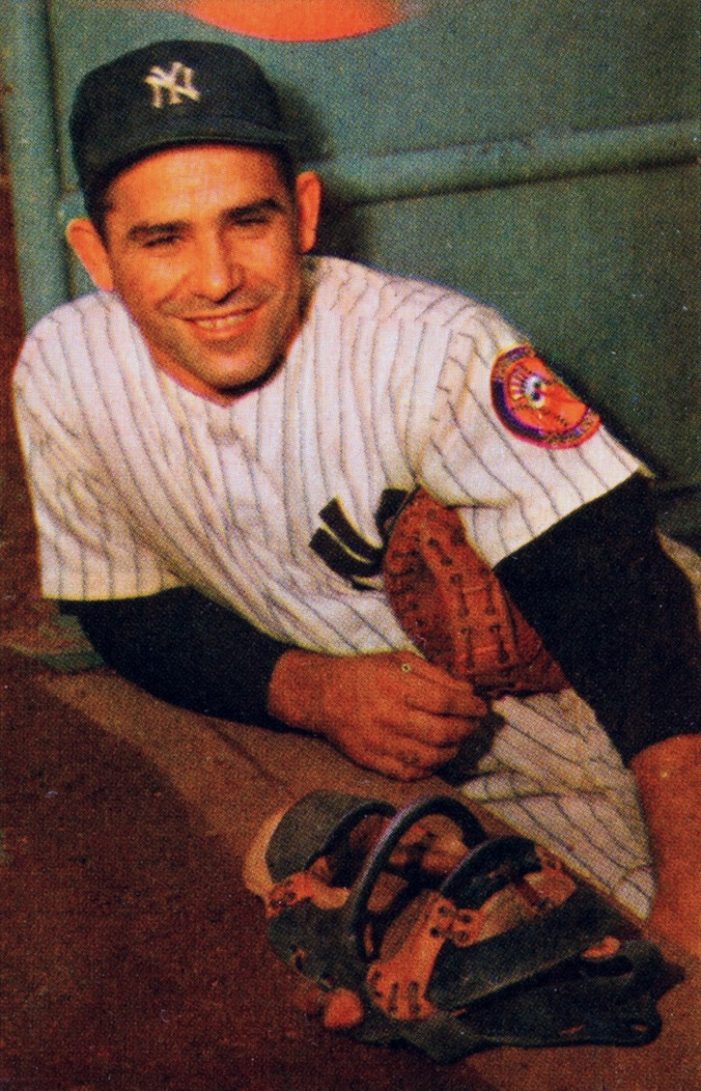 This 1953 photo of Yogi Berra as a player. He later went on to be a  coach, and a manager. (Credit: Public Domain)

The Yogi Berra Museum & Learning Center opened in 1998, and is home to a permanent collection of photographs and artifacts that document the inspirational life of the winningest player in baseball history, Lorenzo (Lawrence) Pietro Berra, but known to everyone as “Yogi” Berra.

“Yogi Berra cared so much about education,” said Eve Schaenen, Executive Director of the Yogi Berra Museum & Learning Center. “We built a site that would honor Yogi and his emphasis and caring about education.”

“Yogi, and his wife Carmen, had this idea to educate kids using baseball as a vehicle for learning,” said Schaenen. “If I had to distill the work that we’re doing now it would be to make sure that we are saving his legacy by promoting the values that he stood for. The values are written all over the museum’s walls, as part of the permanent collection. They are teamwork, respect, determination, and humility. These were the qualities that defined Yogi as a human being, not just on the ballfield but throughout the course of his life and they really inform all the education that we do.”

The  museum is home to various objects, including the mitt Yogi used to catch the only perfect game in World Series history.

“We are using Yogi and all that goodness in those values to teach kids everything from language arts to Science, Technology, Engineering and Math, (STEM)”.

There are four topics listed on the website, Race, Immigration, Women in Sports and Financial Literacy. These are virtual field trips.

The program on race grew out of an exhibit from the Negro leagues in Kansas City.

“It’s the story of the Negro Baseball leagues, and the players” said Schaenen. “It’s also about taking aspects of their lives and using it as a way to talk about structural racism. The program talks about the Negro leagues in such a way that allows us to get into the social justice issues.”

‘The program has seen a lot of success locally. Every seventh grader in the school district has seen it. It’s very gratifying to see the success of this program, and the fact that we’re reaching as many students as possible.”

The museum just opened an exhibit on Women in Sports, featuring Billie Jean King, the tennis great. “We want to honor and inform people that her efforts were crucial in eventually bringing equality to women in sports.  We also want to recognize her commitment to support the LGBT+ community as an activist in a time when it was not fashionable to take such a position.”

There is a one-week summer baseball camp where kids learn the fundamentals of baseball on a ball field and is located on the campus of Montclair State University.

“For the rest of the year, we have both in-person and remote field trips.”

Yogi was a son of Italian immigrants who grew up in an immigrant neighborhood on “The Hill,” in St. Louis.  He had a typical mid-20th century immigration story, where the family was important. “It’s very rewarding to see the response from schools about immigration as well,” said Schaenen.

During World War II, Berra served in the US Navy as a gunner’s mate on the attack transport USS Bayfield during the D-Day landings at Omaha Beach. He received several commendations for his bravery. During an interview on the 65th Anniversary of D-Day, Berra confirmed that he was also sent to Utah Beach during the D-Day invasion. Berra earned a Purple Heart, a Distinguished Unit Citation, two battle stars and a European Theatre of Operations ribbon.

“He came back, to play baseball and raise a family,” said Schaenen. “We use that as a way of accessing other immigrant stories. That unit really addresses the immigrant experience, and everybody has an immigration story.”

While playing in American Legion baseball team, Berra received the nickname “Yogi” from his friend Jack Maguire. After seeing a newsreel about India, Maguire said that Berra resembled a yogi from India whenever he sat around with arms and legs crossed waiting to bat or while looking sad after a losing game.

“The Financial Literacy subject came out of feedback from educators. We found that some young people have very limited exposure to ideas of financial literacy. This course is a way of getting into that. We created a board game that kids can play that allows them to map out what it would feel like to be a rookie ball player making a certain salary. It allows them to think about how they would spend money. We try to create these topics in such a way that they would be appealing to young people.”

Women in sports is now front-page news. “The women’s soccer team is now earning equal pay as men. That is progress,” said Schaenen. “And women are on the front page of every newspaper lately regarding the gender issues around competitive swimming. It’s addressing some of the inequalities in sports. Billie Jean King’s advocacy is one reason why women are getting paid in sports. We try to make sure that we are not just talking about an isolated moment in history. By using Yogi’s full story, we are able to shed light on all sorts of topical issues today.”

Yogi is also famous for his “Yogi-isms” aka malapropisms. “You can observe a lot by just watching,” “We made too many wrong mistakes,” “The future ain’t what it used to be,” and perhaps his most famous one, “It ain’t over till it’s over.”

“In 1972, Berra was elected to the Baseball Hall of Fame,” said Schaenen. “But the legacy of Yogi Berra extends beyond the playing field. We encourage people to come to the museum and that view Yogi not only as a Hall of Fame great but as a Hall of Fame human being.”

Berra was also awarded the Presidential Medal of Freedom, and has his picture on a US postage stamp on July 1, 2021.  Berra passed away in his sleep, at the age of 90, on September 22, 2015.

The museum is open Wednesdays through Sundays, 12-5pm, Closed to the public Mondays & Tuesdays.