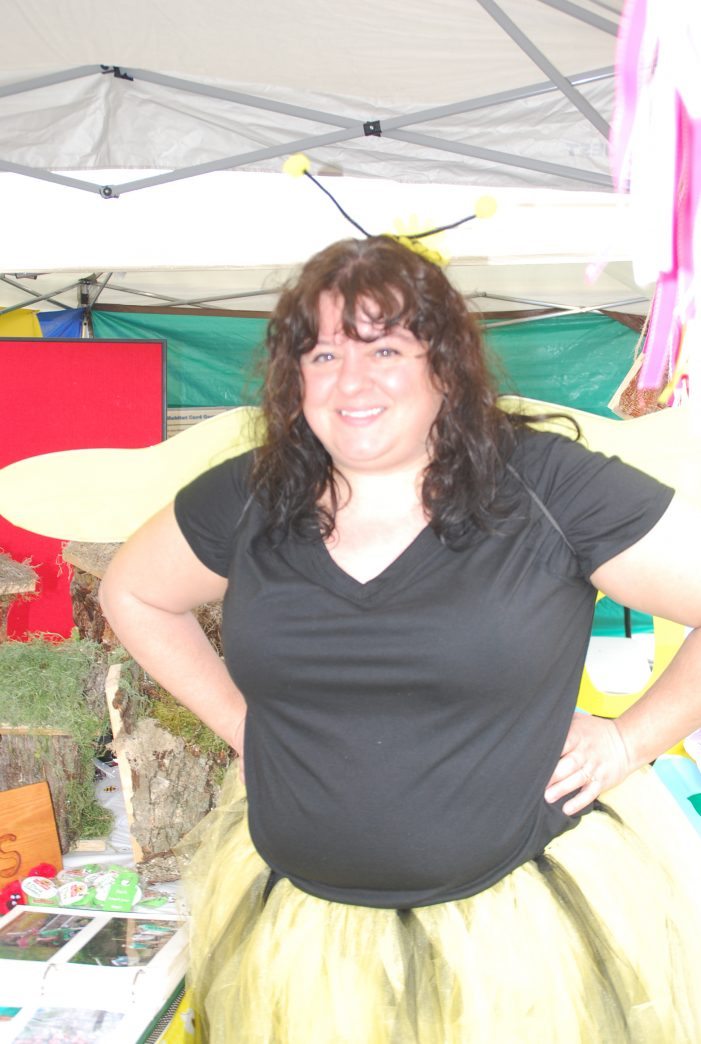 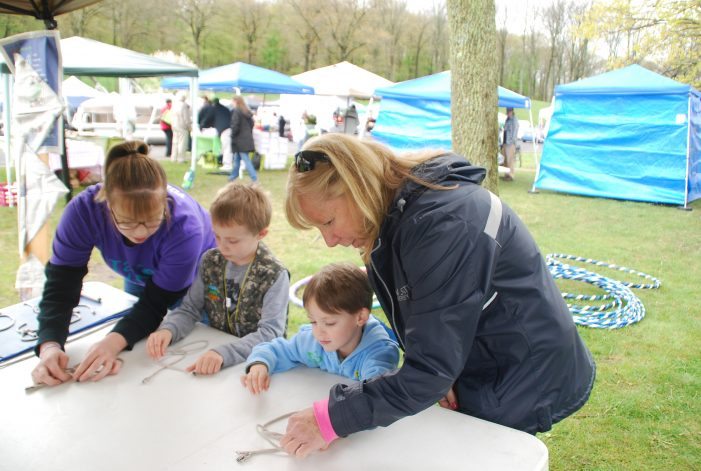 Jennifer Barone was dressed as a honeybee.

Barone has previously been a ladybug and a garden gnome. She dresses up every year to promote the Hopatcong Community Garden.

She brought out the honeybee costume for the Lake Hopatcong Foundation Block Party on Sat., May 7, to emphasize the fact that pollinators are disappearing.

Each year, the Block party fills the Hopatcong State Park with vendors: food, crafts, retail and non-profit organizations. It is an all-day festival of all things lake.

This year the weather threatened to dampen the proceedings, but intrepid lake residents didn’t mind a little rain. And the skies cleared by early afternoon, creating a perfect day for a party.

Barone and the CSG were symbolic of the theme of the block parties. They celebrate the lake and everything it stands for: a clean and healthy environment, enjoying the outdoors, living together in community.

Trustees Mike Truglio and Peter Pelligrino said they are always trying to interest kids in fishing, including with their annual contest for little children at Mt. Arlington Memorial Park and the summer-long junior contest.

Down at the lake, boat rides were being offered for free. The Miss Lotta excursion boat and patio boats plied the lake as the Jefferson Township rescue boat and the soon-to-be retired fireboat were moored at the dock. Among the non-profit organizations soliciting funds was Jefferson Township Fire Company 2 which is raising money for a new fire boat. Jefferson has the most shoreline and the inhabited islands, so its fire department maintains the fire boat, but each of the communities around the lake benefit from it.

While she ran around dressed as a bee, Barone gave out packets of seeds for plants that attract pollinators. The garden has 46 plots and a waiting list of 27 people, she said. They are hoping to expand.

Last year a Boy Scout built a pergola as his Eagle Scout project.  He also developed a plot for the CSG to grow vegetables for donations.

“We donated 200 pounds to the Roxbury Food Pantry and 240 to the Hopatcong Senior Citizens. We’re shooting for 600 pounds this year,” Barone said.

A new group at the Block Party is the Hopatcong Kiwanis. The group spun off from the Mt. Olive Kiwanis. They are trying to get a Key Club started at Hopatcong High School.

Many people visited the Foundation’s booth for the restoration of the Lake Hopatcong Train Station.

Foundation member Robin Kline said the station is being restored to its 1911 condition. One of the major fund raisers is “buy a tile.” The Foundation was able to find a company that can replicate the roof tiles on the station and interested residents are being asked to buy a tile for $25. They will be given a chance to write their names or a short message on the underside of the dark green tiles.

Once complete, the station will house the Lake Hopatcong Foundation staff, a display area and a meeting room for local groups.