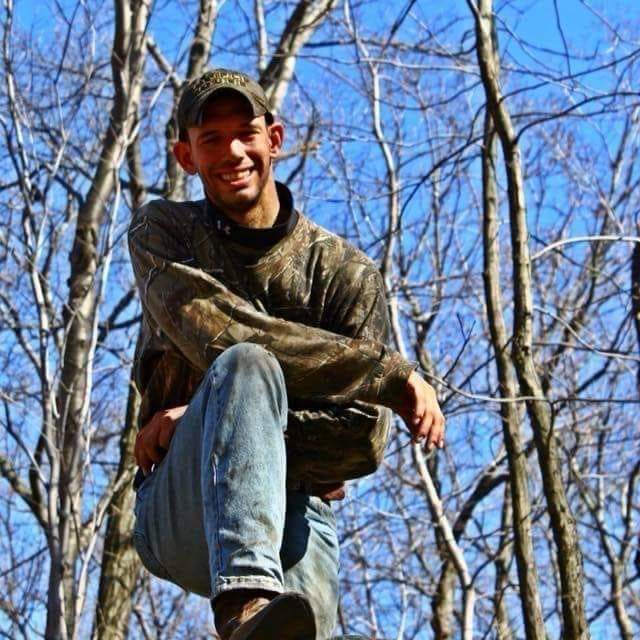 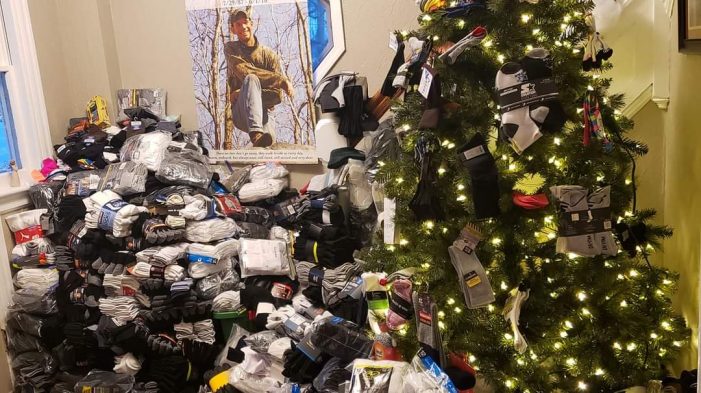 Brandon Lastfogel’s accident left a profound loss. But his mother says we need to focus on the gain, 30 years with an amazing young man.

“He gave us inspiration to give back,” says Allison Lastfogel, of thousands of socks pouring in. “His loving, giving, caring spirit lives on through others. This warms my heart, and the soles of so many who need to feel compassion.”

According to Allison, she had been wanting to do something to honor Brandon since she lost her son far too soon. She says a mother’s love and determination will never stop in order to keep his memory alive and she wished the perfect fit for him. Then in a groggy semi-sleep out of the blue it hit her, the word “socks.”

She says that single word was audible.

“It was indescribable,” Allison says it made real sense, whether work or play — Brandon was always outdoors no matter the weather. “And one thing he asked for his last (and every Christmas) was socks.”

She decided to hold a sock drive and it became a runaway hit after posting the idea on Facebook.

“I had socks delivered to my house from someone in Pennsylvania I hadn’t seen since high school,” Allison says more socks were delivered from someone she worked with five years ago, then from Virginia and every day that week she received more and more socks.

“At the end of the first week I had 500 pairs of socks. And they didn’t stop coming. I received them every day the following week and was up to 1,000 pairs after week two. People started offering their businesses as drop off locations.”

She asked her pastor how many socks they could use at Market Street Mission and he said, “You need more shelters.” They could only use 1-200 because of limited storage.

With The Good Shepherd Mission in Paterson and Market Street in Morristown, she wondered how many years it would take before she could donate to a shelter in each county.

“I shouldn’t have said years, I should have said weeks,” says Allison, of the December 15 cut-off date. “In that four-week time period I received socks every day and collected just under 4,000.”

“I also received socks from New York, Florida, Chicago, Las Vegas, California, Arizona and elsewhere I don’t know about, if people didn’t include gift receipts with their deliveries,” Allison says.

And people kept offering additional drop off locations. She was even presented a place to store the donations until the next distribution.

“I found websites listing shelters by county and put my mother to the task of calling for quantities at each location. The socks didn’t make it by Christmas, but only due to the amazing response and generosity of loving people.”

He always made you feel special, went out of his way to help a stranger and poured his heart and soul into everything and everyone.

Before the accident he was asked to be best man at his friend’s wedding. When Travis and Kelley Kuehm were married the following year, they held that place open for him, as Brandon was irreplaceable.

The couple had a baby in 2020 and Allison made them an appliquéd baby blanket using Brandon’s shirts.

“Being such a servant of the Lord at church, they’re creating a Brandon Lastfogel Service Award… and I’m working on creating a 501(c)3, ‘Brandon’s Heart and Sole’ in his memory in order to expand donations,” she says.

He purchased a beautiful home and was ready to live his dream of finding his special someone and having a large family.

Unfortunately, God’s plan wasn’t the same, according to Allison.

“Just three months later — June 1, 2018, at 2am, Brandon was on his way to work when he hit a deer on Rt. 80 with his Harley,” says Allison. “He was then struck by a vehicle and the driver never stopped.”

Brandon was everyone’s go-to guy, he would get there early to climb the trees to hang lights and stay late to clean up the mess.

His friend who owns a farm had been complaining he didn’t have anyone to drive the tractor for hayrides. Brandon showed up every weekend to help out.

And in high school, he always ate with the person he found sitting alone, chased bats out of friend’s living rooms, climbed trees hanging over lakes to rescue cats he was allergic to and answered the Pastor’s call late at night when they found a skunk in their garage.

Once Brandon graduated, he went from climbing trees to cutting them down for a local tree company. He stayed in the tree business for almost 10 years before moving on to the Operators Union Local 825, working at Koerner Crane.

In his spare time he plowed highways in the winter, delivered hay from upstate New York hay farms to New Jersey horse farms, used his flatbed to carry the Nativity at Denville’s Christmas Parade, the local band at Morristown’s St. Patrick’s Day Parade and was always up for mud bogs, country concerts, rodeos, county fairs or bonfires with friends.

He’s seen more of the United States on his Harley in his 30 years than most have seen in a lifetime. His practice ride was a surprise visit to his grandma’s in Florida. He rode to his cousin’s wedding in Wyoming.

She is thankful to family, friends and church family who have walked with them through it all.

“And I would like to thank the many caring people generously donating socks in memory of Brandon or simply because it’s a cause they believe matters,” she says they truly appreciate your thoughtfulness.

If she could, she would hold her son tight and not let go.

“I would tell him how much I love him, we all miss him and I’m so proud of the man he was on earth,” she thinks he would look at the socks in awe and say, ‘oh, baby,’ thankful to everyone and leaving you with his amazing smile.

The 30-year-old meant so much to so many — he continues to permeate their conversations, reminiscences and hearts full of love.

“Brandon’s giving spirit lives on and I want the recipients to know there is hope,” Allison says there are people who care. “Don’t give up, be still and listen. God has a plan for their life and right now they are living just one chapter.”