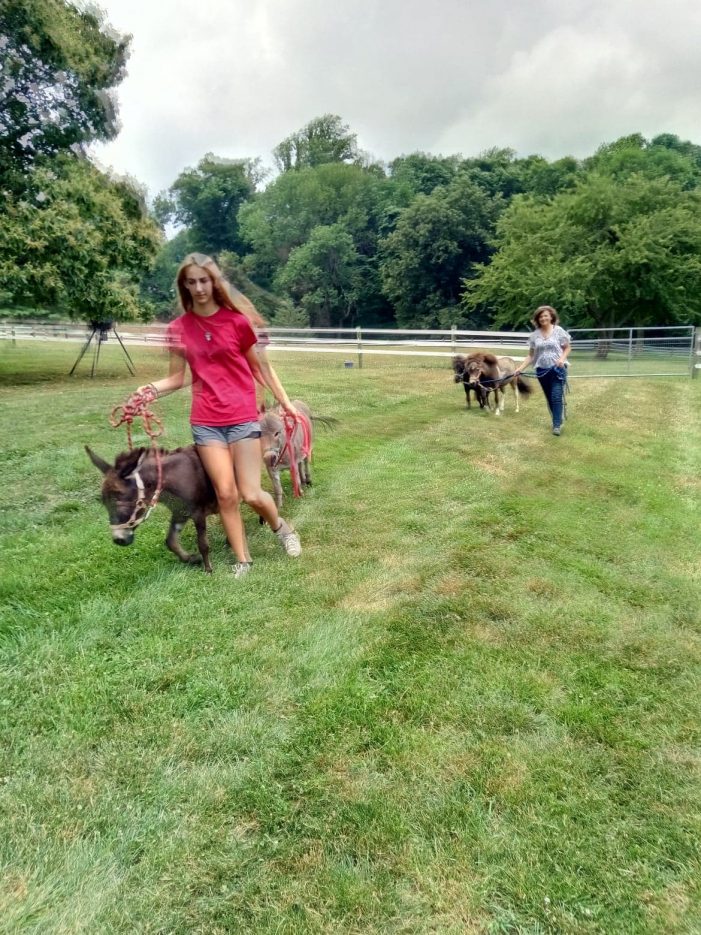 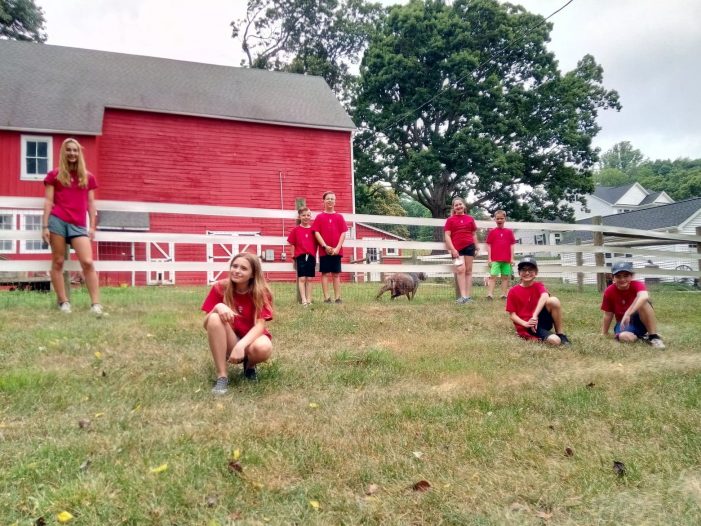 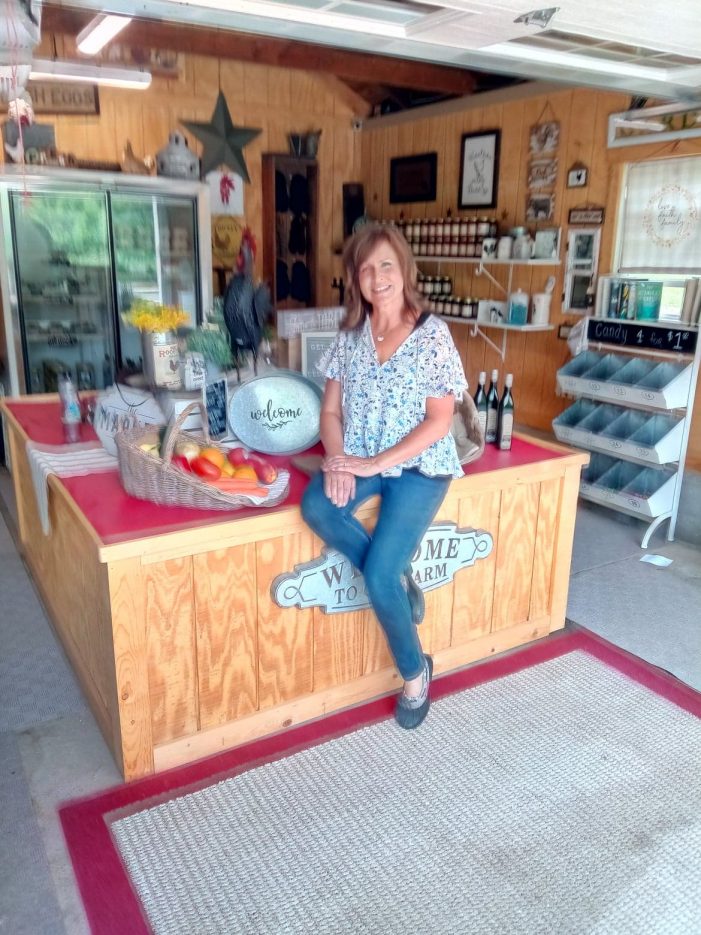 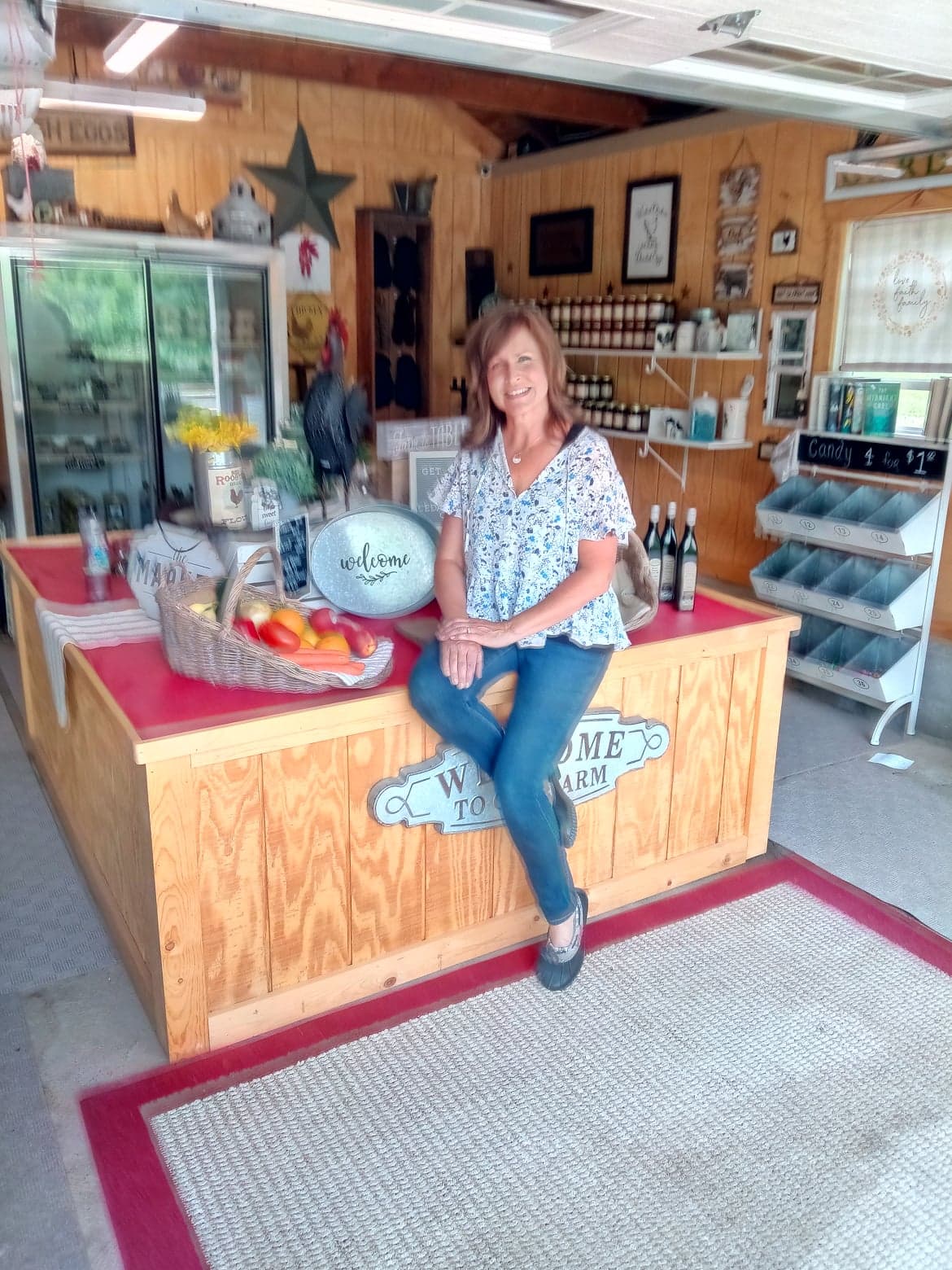 Frederick and Larysa Breem in 2016 saw something in the aged 104 Parks Road in Denville farmland and structures that they lived near. “We wanted the land,” Larysa Breem says, “to use, to house animals. That’s how it all started.”

As Cedar Gate Farm approaches its 120th anniversary, that “hobby” is educating others and keeping memories alive. The Breems started out with 8 chickens and 2 goats, and that number grew to 100 chickens and 7 goats, 6 sheep (Melvin is the official farm mascot), two miniature donkeys and two mini ponies. Toss in a newly constructed home that almost replicates the former, a nice renovation job on the main barn, and the addition of a farm store which is open once a week, this is a great destination.

And as you walk the property, you can also hear voices of ages past echoing, “Thank you for this rebirth.”

“I adore having this hobby,” says Breem, but then adds, “but I probably adore more sharing my hobby.”

“Sharing” is an apropos word, for she does exactly that with her “Barnyard Kids,” local children who sign up for 4- or 8-week programs and learn how to take care of farm animals. “I want them to grow up someday and have them say, ‘I remember working there…I remember helping out there,’” Breem states.

”Barnyard Kids” Gloria and Dean Marder are siblings. “We are super happy it was kept on as a farm and kept more beautiful,” says Valerie Marder, their mom. “Gloria did a lot of time here working with Larysa and the animals.”

“What I enjoy most about going to the farm are the bottle baby sheep!” Gloria exclaims. “I’ve bonded with them a bunch because my mom bottle fed them when they first arrived at the farm.”

Frederick Eugene Parks, Denville’s first Mayor, actually built Parks Road so he could transport produce he grew on his farm. He purchased the farmland back in 1903 for $90.00 and had his farm up and running by 1904. Originally a dairy farm, it was passed down through generations until Dr. William Rodda sold it to the Breems.

“Probably Bert or Ernie,” says Travis Lazzari, another “Barnyard Kid” along with his brother Wyatt, when asked which animals are his favorite. Bert and Ernie are the resident, charming mini donkeys who are often found alongside mini ponies Piper and Bootz. “They always come up next to you and they always try to nip at your boots,” he says.

The chickens? “I love to share my eggs with people. Some of them older, some of them younger,” says Breem. They 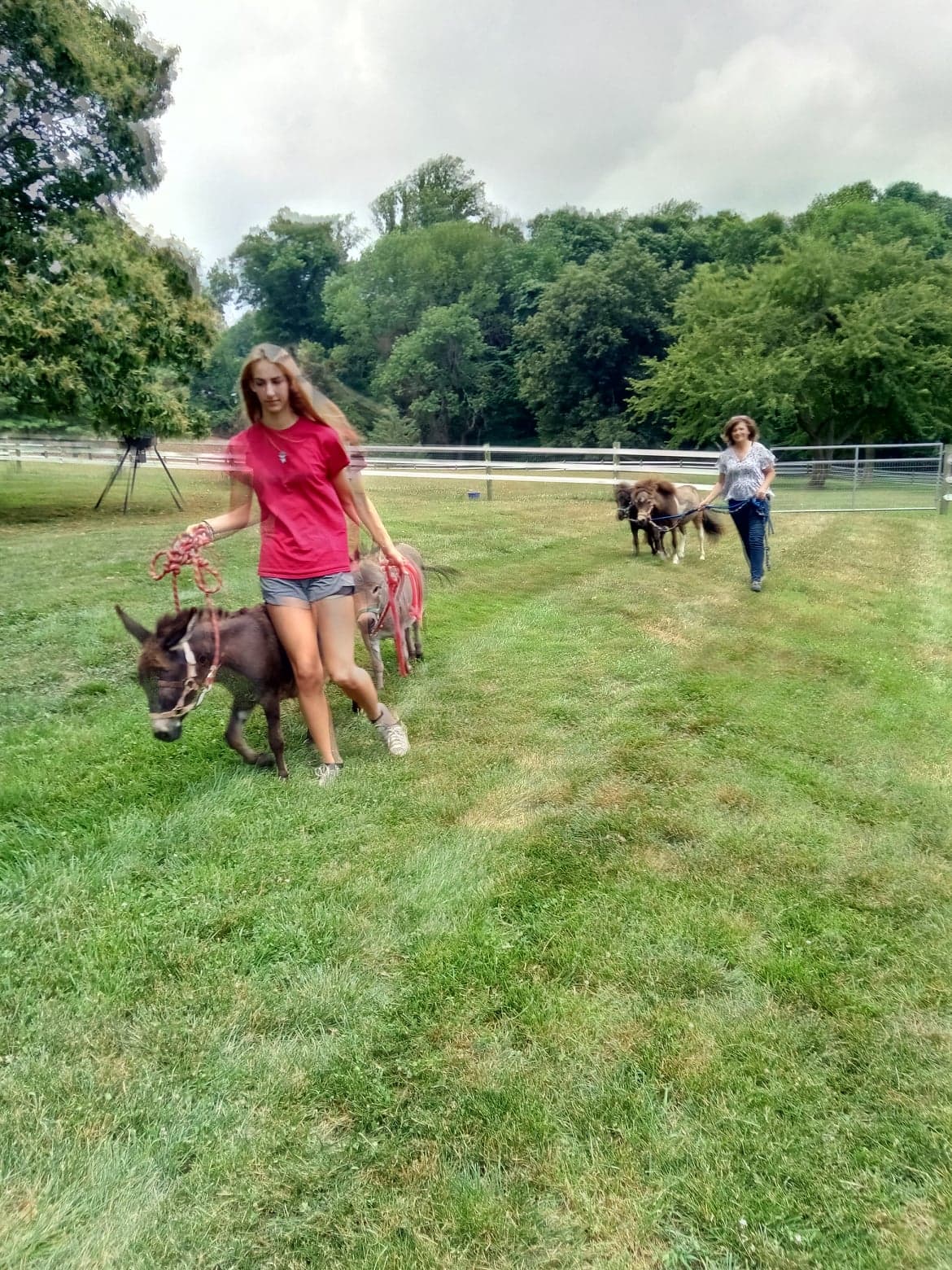 are free range chickens – most of the time. Hawks and foxes loom in the area, so the main egg producers are kept inside an outdoor pen with indoor enclosure. “I could lose 12 in a day,” says Breem, cautiously eyeing an overhead raptor

Cedar Gate Farm offers a mentorship program with the Morris County Vocational School District Academy of Animal Science students. Molly Newton will soon be a freshman at the school and is at Cedar Gate often. “She’s a good kid with a great head on her shoulders,” says Breem. “She loves animals and understands the responsibilities having them as well. She’s a great attribute here as well as an eager learner.”

For Newton, love of Cedar Gate goes beyond the learning. “Just being with the animals, getting to do something and have a purpose, being able to bring my family here because they love it, too. It’s the only farm that’s really close and it’s really nice.”

While the Breems are indeed keeping 116 years of history intact, their eyes and minds are also on the near and distant future. An educational video for teachers to use in classrooms as a remote field trip for October’s National farm to School Month is being prepared, three beehives are now onsite for honey production (“Each hive will  roughly produce 60 lbs. each for our first season, ” Breem says), and a cleared-out area in back of the property is the hoped for future location for U-Pick blueberries. “That would be exciting,” she says. She also envisions, maybe, hopefully, making hand size and standard pies and soups in some of the barn space.

Breem says she has learned life is short, and every day should be appreciated. “This is payback. This is my ‘job’ now.” She also feels the animals’ job is to touch people’s lives. “All animals want a job,” she says. “Their job here is to be here for the children as well.”