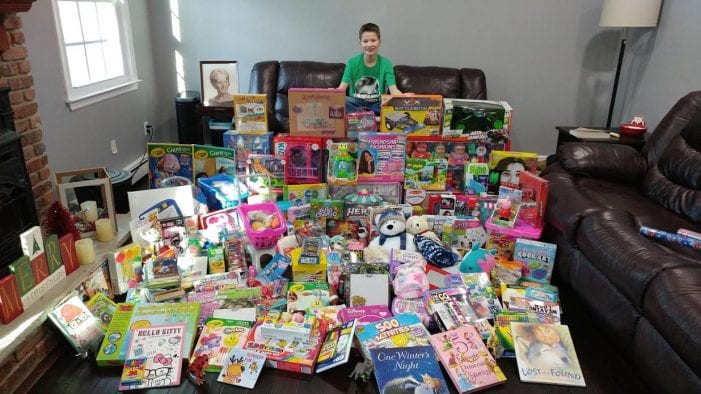 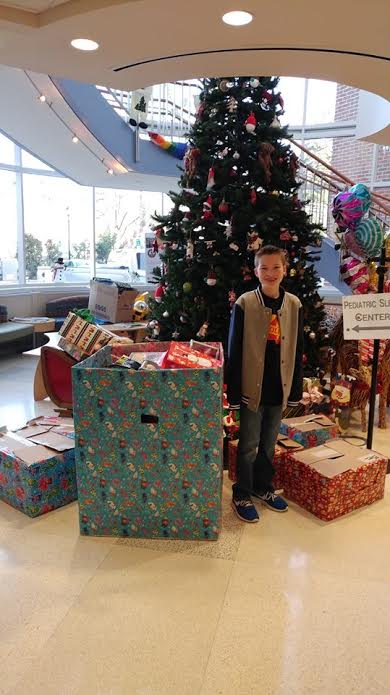 Generosity, love, warm hearts, thinking of others, giving back…these are the true shining gifts of the Christmas season. Recently, a Budd Lake Sixth Grader, reminded everyone of that. 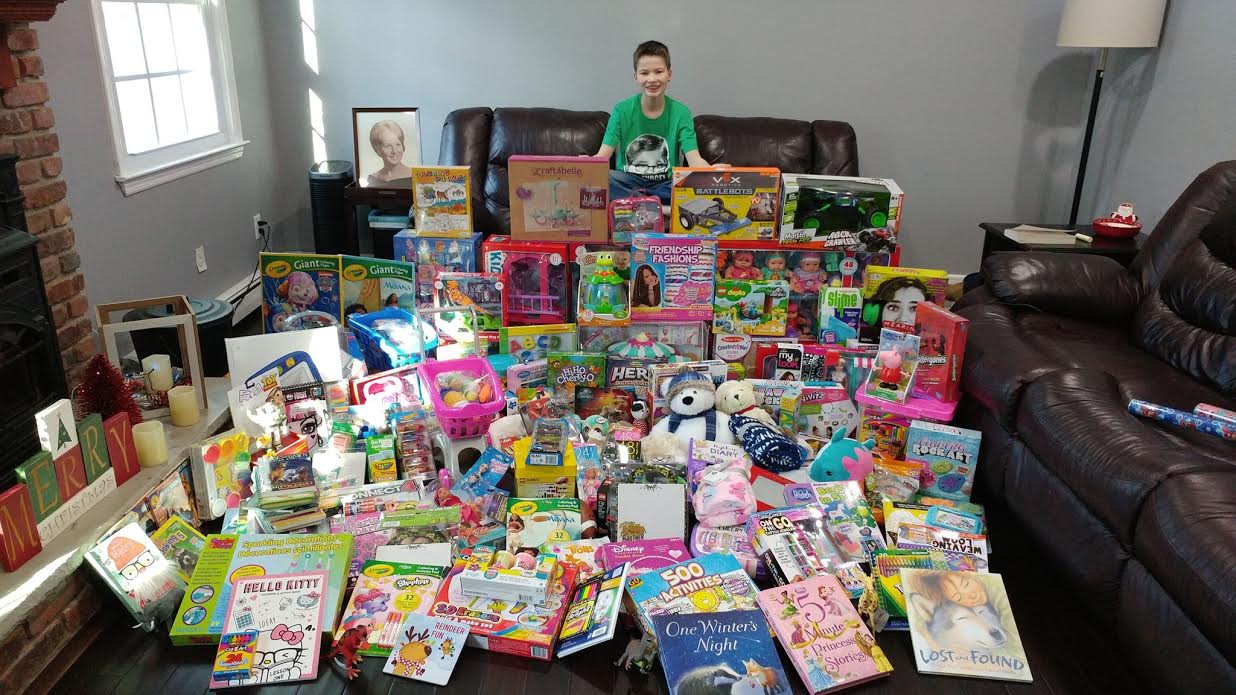 This past December, Mt. Olive Middle School Student, Rylan Lessing demonstrated the true meaning  of  holiday spirit when he spent his own money–$50 in savings- not on anything for himself– but for  toys for the patients of Goryeb Children’s Hospital in Morristown. Goryeb is a state-designed children’s hospital for the treatment of pediatric cancer.

In his desire to give back, Lessing went the extra mile when he organized a toy drive held from December 17th to the 22nd.   All to help these critically ill kids have a Merry Christmas.

Everyone was so impressed with his altruism, that that it quickly became contagious and inspired others to give as well: from parents, to friends, to community, to Mt. Olive Middle School, and even the mayor. Once social media heard of the 11 year old’s idea, it exploded.

When all was said and done, Lessing’s original $50 and simple idea to get a few gifts for children battling cancer transformed into almost $500 in cash, and approximately $1,000 worth of donated goods!

According to Carl Lessing, “We were very proud that Rylan wanted to do this. He set out simply to donate a few toys, but once it became a toy drive he embraced it.”

Lessing’s parents Carl and Danielle, describe him as a “typical 11 year old” who likes video games, acting and all sorts of other pursuits, but has always been encouraged to give back  whenever possible (the Lessing’s donate to Toys for Tots, various clothing drives and organ donation Donate Life America)

Why Goreyb Children’s Hospital? Lessing himself is quick to answer.

“I heard about a kid in my school fainting and having to go to the hospital. That got me thinking about all the kids that are in hospitals every day and stuck there on Christmas. It made me sad to think about and I wanted to do something to make them smile.”

Goryeb was both extremely excited about the toy drive, and amazed that someone Lessing’s age wanted to do something like that. Lessing’s parents quickly gave their blessing and matched his donation (as did his nine year old sister Mackenzie, who also shopped for the drive), and offered to drive him to the hospital to drop off the presents.

But the generosity did not stop there: When Lessing had told his teacher his idea, she was touched. “I told him I’d help in any way I could,” Mount Olive Language Arts Teacher, Jessica Wood, prides.  She also set up a donation box in the school so that others could donate.

Right from the beginning, it was obvious to Wood that the toy drive was close to Lessing’s heart. “During his lunch period that very day, Rylan made a flyer advertising the toy drive to hang in my classroom,” she relates.

And his zeal quickly spread to others. “The event was extremely positive,” Wood asserts. “My 6th grade students were very excited. The next day we already had several new toys to help Rylan’s toy drive. “

Toys, dolls, games, action figures and books for all ages were enthusiastically donated from so many. Wood mentions how they even received more donations once Lessing composed an email to the entire Mt. Olive School staff.

When asked if Mt Olive had ever done something like this before, Wood answers, “We have collected box tops and items for food drives before. But never toys or books. This was the biggest collection I remember seeing in all my years at Mount Olive Middle School!”

On the day before the holiday break, the students made cards for the children of Goryeb, decorated and packed up all of the boxes of gifts.  “There were so many that a large cart was needed to get them all into Rylan’s dad’s truck!” Wood shares.  “The kids had a blast. Every student in the class was involved in some way—donating toys or books, organizing the collected items, packing the boxes, making cards, or even spreading the word to their parents, teachers and peers. This was all about kids helping kids. It was totally Rylan’s dream and he worked hard to see it through.”

“I was shaking with happiness because so many people wanted to help,” Lessing relates. This even included a couple of strangers at the Walmart who saw him on the mayor’s Facebook page and handed him money to help with the toy drive. “It was crazy.”

Due to protocol, Lessing didn’t get the opportunity to meet the patients of Goryeb or pass out the presents personally. Instead, when delivered the presents he set them up festively under a big tree they had up across from the desk at the entrance.

“I didn’t get to see any of the patients smile, but I know they did,” he shares.