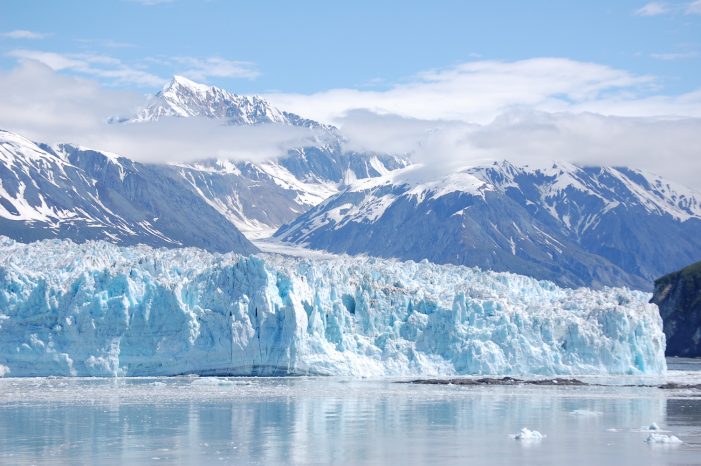 The terminal moraine of this glacier will perhaps deposit materials similar to what the Wisconsin Glacier did in Mount Olive Township, bringing seeds of new plant growth thousands of miles to new ecosystems. (Credit Henry M. Holden) 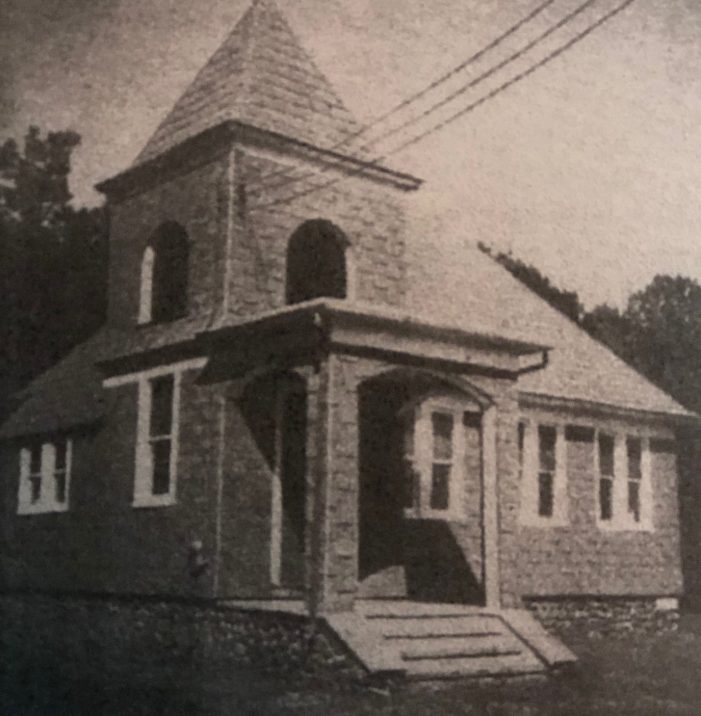 The Bartley Chapel was built in 1913 by direct descendants of the founding family Bartley. It still stands on Bartley Road. (Credit Mount Olive Township) 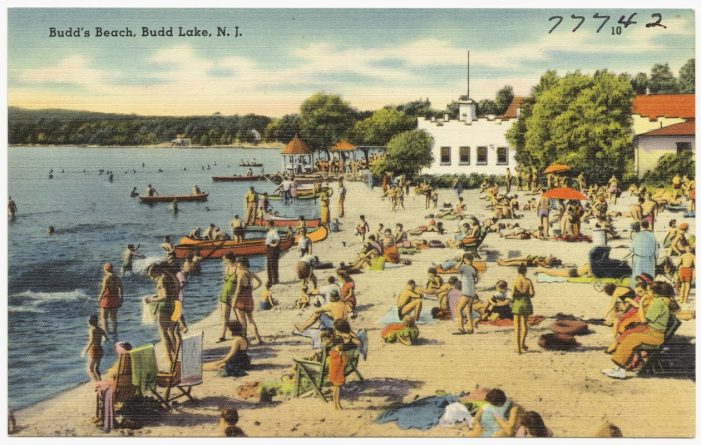 Budd Lake is a geological phenomenon. It is precisely located on the ancient line which divided New Jersey into East and West. The Illinois and Wisconsin Glaciers had the greatest effect upon the township. All deposits from the Illinois Glacier can be found on the west side of Budd Lake. The more recent deposits on the east side of the lake and greatest sculpting of the area came from the Wisconsin Glacier.

That happened about 40,000 years ago when a northward flowing river drained into Lake Hopatcong. The materials that were carried on the forward edge of the Wisconsin terminal moraine blocked the flow of this river. The valley filled with water and built up pressure against the surrounding hills. Eventually the water broke through to the south and drainage shifted, forming the south branch of the Raritan River, a source of drinking water for nearly 2-million people.

The natural lake is the largest in the state and is recharged through groundwater seepage through a series of wetlands.

The terminal moraine of the Wisconsin Glacier cut Mount Olive in half. The northern section, where the glacier had reached, is covered in rocks and boulders. The southern section of the township is not covered with glacial debris.

About 5,000 BC the peaceful Native American Lenni-Lenape lived and held their councils in the Budd Lake area. There they found a deciduous forest climate with copious wildlife for hunting and fishing. They concentrated their fishing on Budd Lake Ridge which had an abundance of bass and pickerel. Their culture remained stable until the Dutch arrive in the early 17th-century.

Budd Lake is named for John Budd, who acquired 1,300 acres from the King of England, in 1714, part of which is present day Flanders. The lake is 933 feet above sea level, and a surface area of 374 acres. It is 7–12 feet deep and can develop large algal blooms at times. This bloom was created by thousands of years of decaying plant material. The lake supports wetland plants such as black spruce and tamarack, which grow on a floating mass of plant roots, held together in a sponge-like substrate.

Budd Lake provided scientists with challenges relating to climate change and vegetation of the past. The Bog, which developed from poor drainage and occupies 50-percent of the shoreline allows scientists to examine various levels of the Bog and relate them to past climates and conditions.

Budd Lake has also presented scientists with a riddle. The presence of the Black Spruce a northern (boreal) forest species, should not grow in the deciduous forest of the area. Scientists speculate that the Wisconsin Glacier carried Black Spruce seeds south.

According to Mount Olive Township historian Thea Dunkle, three families, the Budd, Sharp, and Wagner families developed the area around the east side of Budd Lake with several cider mills and an ice company. “They intermarried and over the decades helped to make the area grow with stability.”

Change developed slowly until the turn of the 20th century when Budd Lake began to see a major population increase.

Budd Lake evolved into a genuine summer resort. The early accommodations were far from glamourous, as described by Harry Hosking in a letter written in 1915: “We had ‘deluxe’ tent quarters, three rooms: living and sleeping, kitchen, and in between an open dining area. We had wooden floors underneath, homemade ice boxes and a kerosene stove.”

Even though it was 2 1/2 hours from Newark, the area grew with vacationers and permanent residents. The original platform tents were replaced by cottages and hotels. Before the construction of Route 6 (now Route 46) in 1923, visitors to Budd Lake would usually take a train to Netcong and make their way to the lake via taxi.

There was a dirt/asphalt road snaking from the Netcong train station to the lake, like a cow path, with 23 sharp curves.

The first road builders were probably the elk who crashed through the brush and forest. The Native Americans followed their tracks because the elk was food. Farmers followed the tracks armed with axes to hack their way through the forest. This explains the crooked routes which later became roads.

“There were 14 taxis to take commuters to the station every day,” said Hosking. “We had movies on Saturday night run by the Sharp family. There was no electricity, so power for the movie projector came from a one-lung engine which could be heard all over the lake, drowning out the piano player. If it did not start, we stood around with helpful advice, or we headed for a dance hall.”

For more than a century, Budd Lake was a resort destination, attracting vacationers and permanent residents from the hot summer cities.

Judge Mann, of Newark, was one of them. He purchased a 155-acre tract of land on the east shore of Budd Lake in

1883. On it he built a mansion with a stable for his carriages and thoroughbred horses. Mann’s wife missed her Maine home and beautiful pine trees, so Mann spent $30,000 for pine trees, and had them planted around the property.

For more than 20 years, young and old were drawn to the enclosed wooden merry-go-round. The horses galloped in place, and when the bell rang, their riders would stretch for the gold ring worth a free ride.

In 1934, during the Depression, the wooden horses went into the storage. Not until 1937 did the horses return.  Pictures show children riding the carousel, which was meticulously maintained until it was lost to a fire, in 1957.

Demand for a place to stay near Budd Lake was so high, that locals created one of the first bed and breakfast locations in the state. They rent out rooms to accommodate almost 6,000 visitors each summer.

One of the first and most well-known boarding houses on Budd Lake was Forrest House, which was built in 1856 by a son-in-law of the Budd Family.  It hosted up to 200 guests within its large, white three-story structure and surrounding annex buildings.  The main building had a large front porch lined with rocking chairs.

The end of World War II spurred an interest in aviation. Somewhere around 1946/47, Budd Lake Airfield appeared. It was a small unpaved (grass), runway capable of landing small, light, single-engine airplanes. According to Tom Beemer, “The runway had wires at one end and trees at the other. It was a different era, accidents were expected. The airfield ceased operations around 1957.” Today homes dot the area.

In the 1970s, the new interstate state highway, Route 80, made it easier for travelers and vacationers to get to the lake, and as a result, the personality of the area changed. Hamburger stands popped up, gas stations flourished, diners, bars, additional police and garbage collection, ambulances and dance halls serviced these visitors.

Heber Peters built the well-remembered Wigwam Restaurant. It was one of the first ten-cent per dance halls in the state. Jackie Gleason, the Glenn Miller Orchestra and even rock and roll hall of famers the Everly Brothers all made appearances at the Wigwam.

Today these places which were so essential to Budd Lake’s development, are gone, destroyed by fires or the unavoidable changes that come with time and urbanization. But Budd Lake continues to be a popular location for sport fisherman, kayakers and boaters.