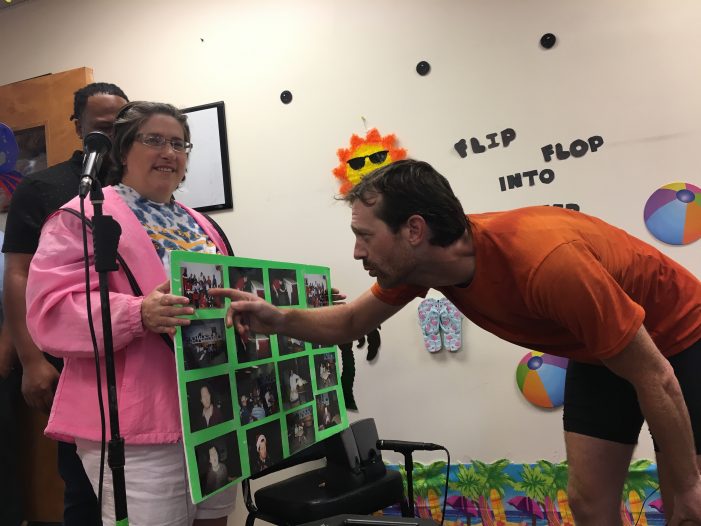 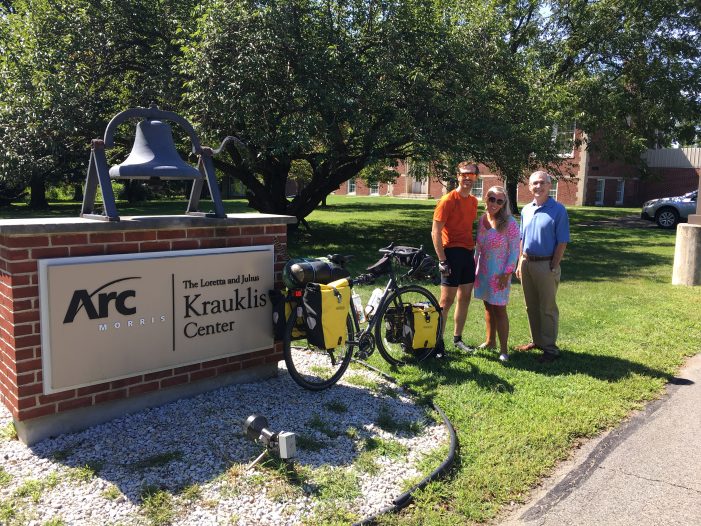 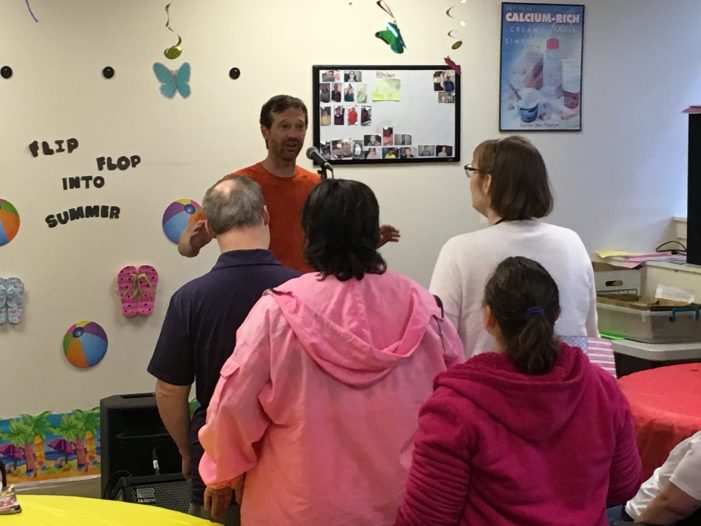 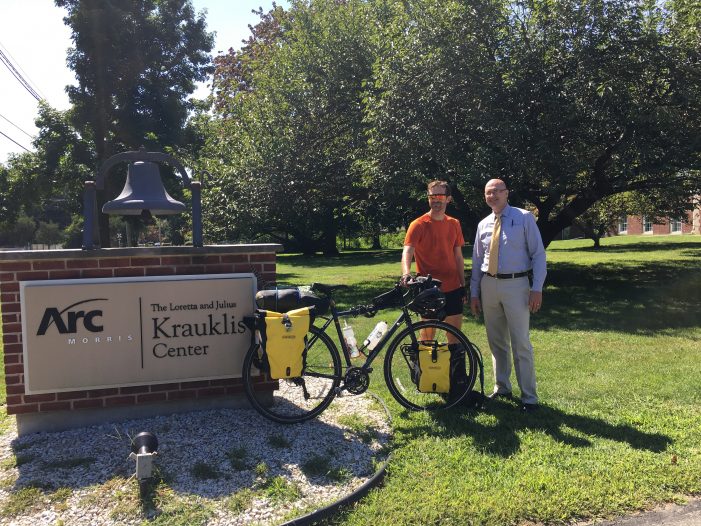 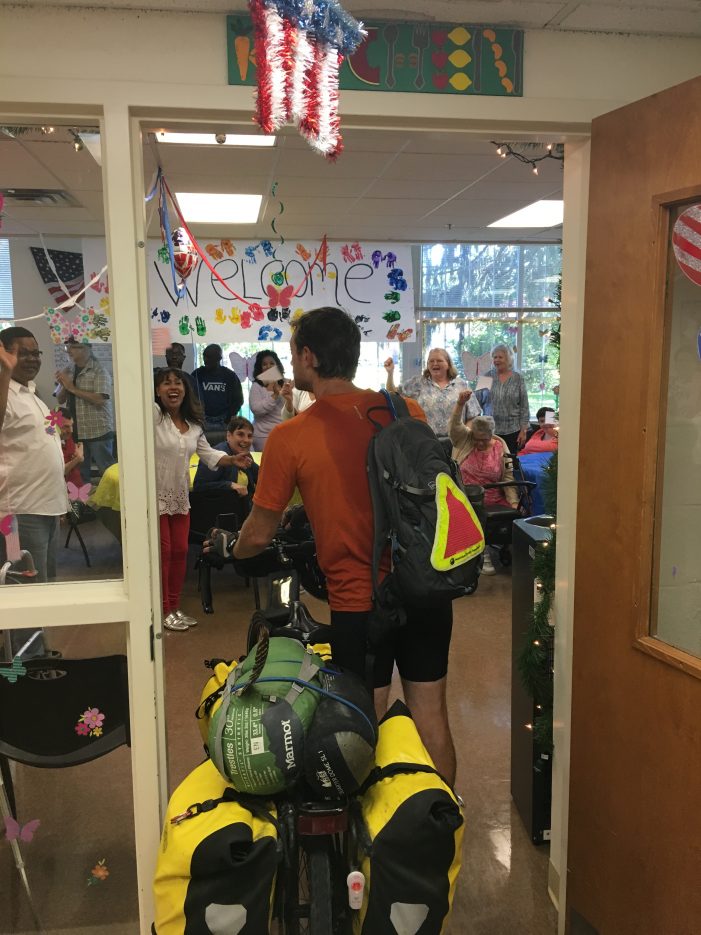 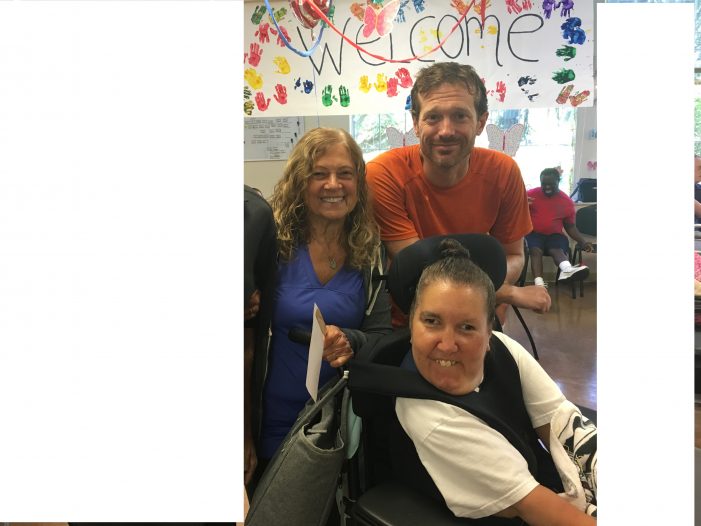 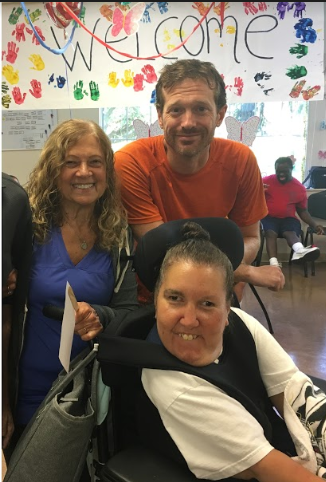 A nonprofit organization that aids those with mental challenges was recently the benefactor of a man who cycled cross country.

Matthew Dinday, 39, of Calif., began his bike ride April 23 and concluded Sept. 10. Dinday raised $2,500 for The Arc/Morris County Chapter, which is the largest provider of services for people affected by intellectual and related developmental disabilities and their families in Morris County.

“This trip was the first overnight bike ride for any trip that I’ve ever done,” Dinday said.

Dinday’s uncle, James Krauklis, lived at the facilities in Morristown, Flanders and Parsippany for many years with Down Syndrome, but passed away in 2004. After his death, his family donated $250,000 to the Arc Day Training Center in Flanders in honor of him and his parents, Julius and Loretta, who were founding members of The Arc.

As Dinday was nearing the end of his ride, he made it to Arc in Flanders on Aug. 26. Executive Director Bill Testa said it was an honor that he raised money for the organization, but it was even more of a privilege for him and the clients to meet Dinday.

Testa, who knew Loretta and Julius, said it was nice to see another member of the family giving back. 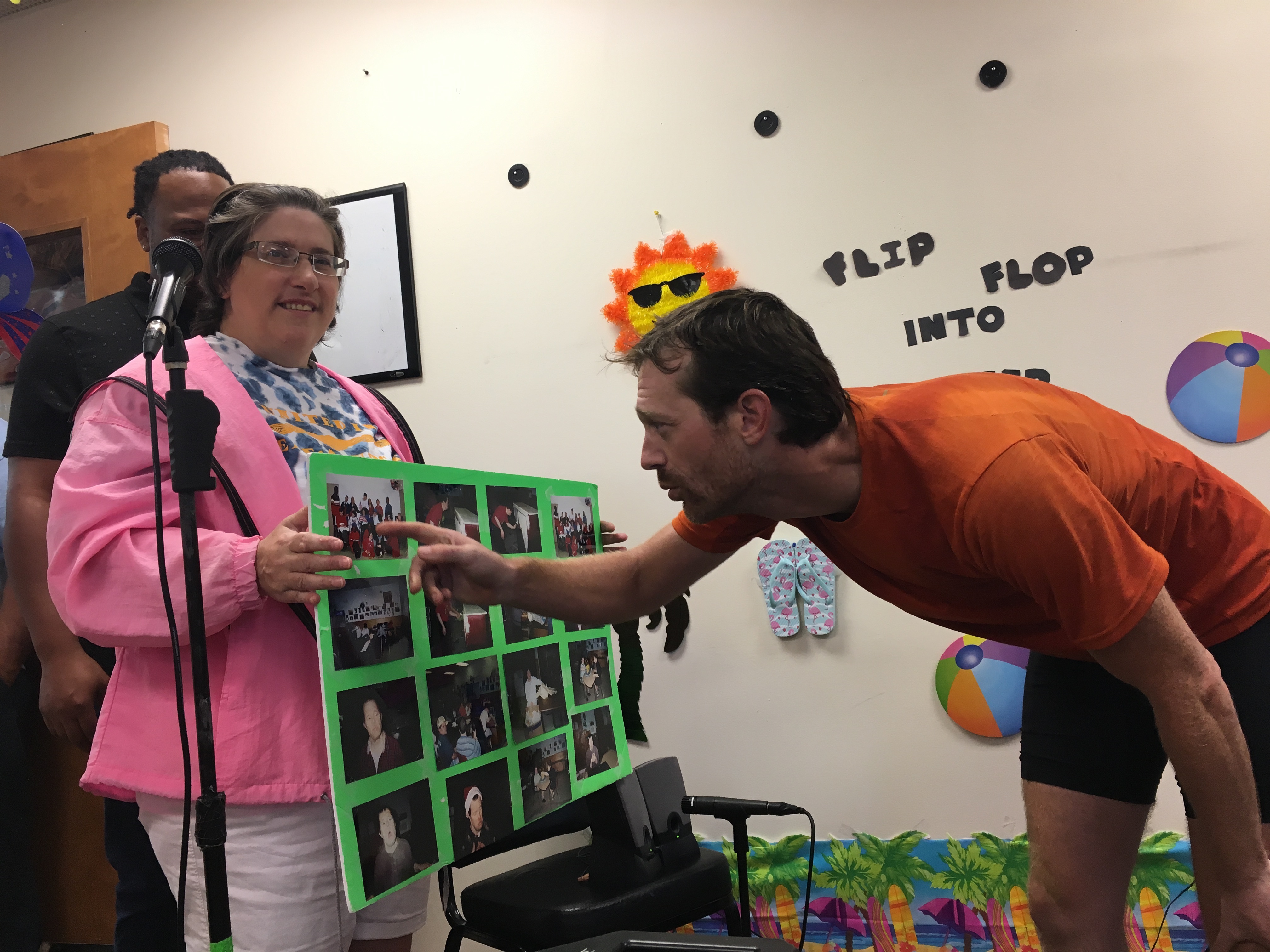 “It’s not just about the money that he raised,” Testa said. “It was more the public awareness. He obviously realized the importance of supporting people with special needs.”

Testa recalled how special of a day it was for the residents at the facility. Their faces lit up when they saw him and they enjoyed interacting with Dinday.

“I don’t think he was expecting the reaction he got,” Testa stated.

While Dinday only met his uncle a couple times, he knew the impact Arc had on his life. According to Dinday, he had wanted to ride cross country since his early 20s and he decided this year the time was right.

“It’s something I wanted to do for quite a long time,” he said. 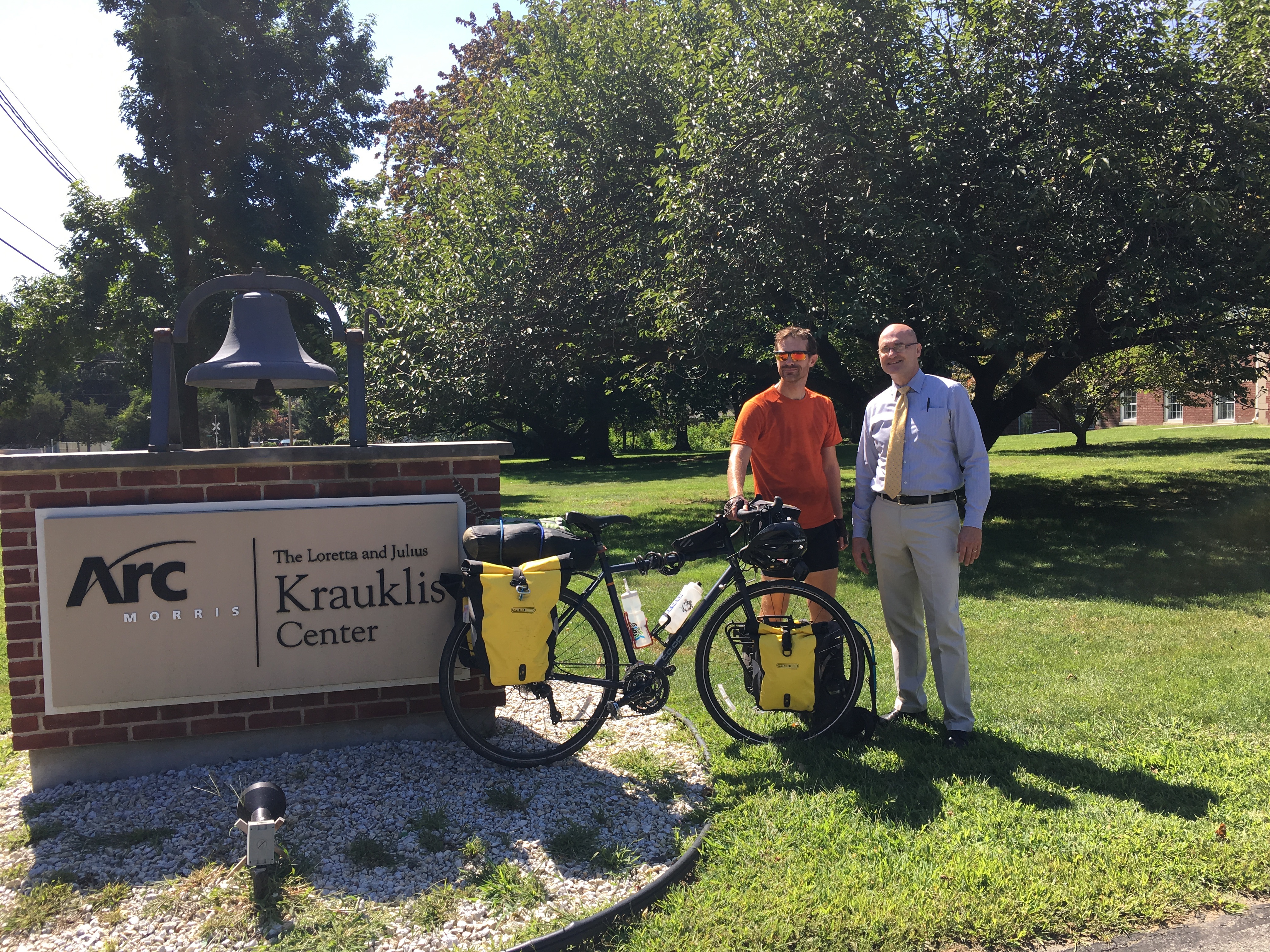 After 16 years of studying epilepsy at the University of California San Francisco, he quit his job and began preparing for his journey. He went to the gym three or four times a week, biked often and researched routes, places for food, hotels and camp sites.

The beginning of the trip was a challenge, he said. He rode up the coast of California, in the direction of the wind, while most people were going the opposite way.

“The first few weeks were an amusing learning curve,” he commented.

Dinday biked eight hours a day, mapped out most of the trip before he left, slept in cheap motels or camps and often ate cheap gas station food, forgetting what good food tasted like.

Once he made it up the coast he reached Portland, Ore. From there he went east along the Columbia River into Washington, then to the panhandle of Idaho, continued into Montana and then south where he reached Yellowstone. 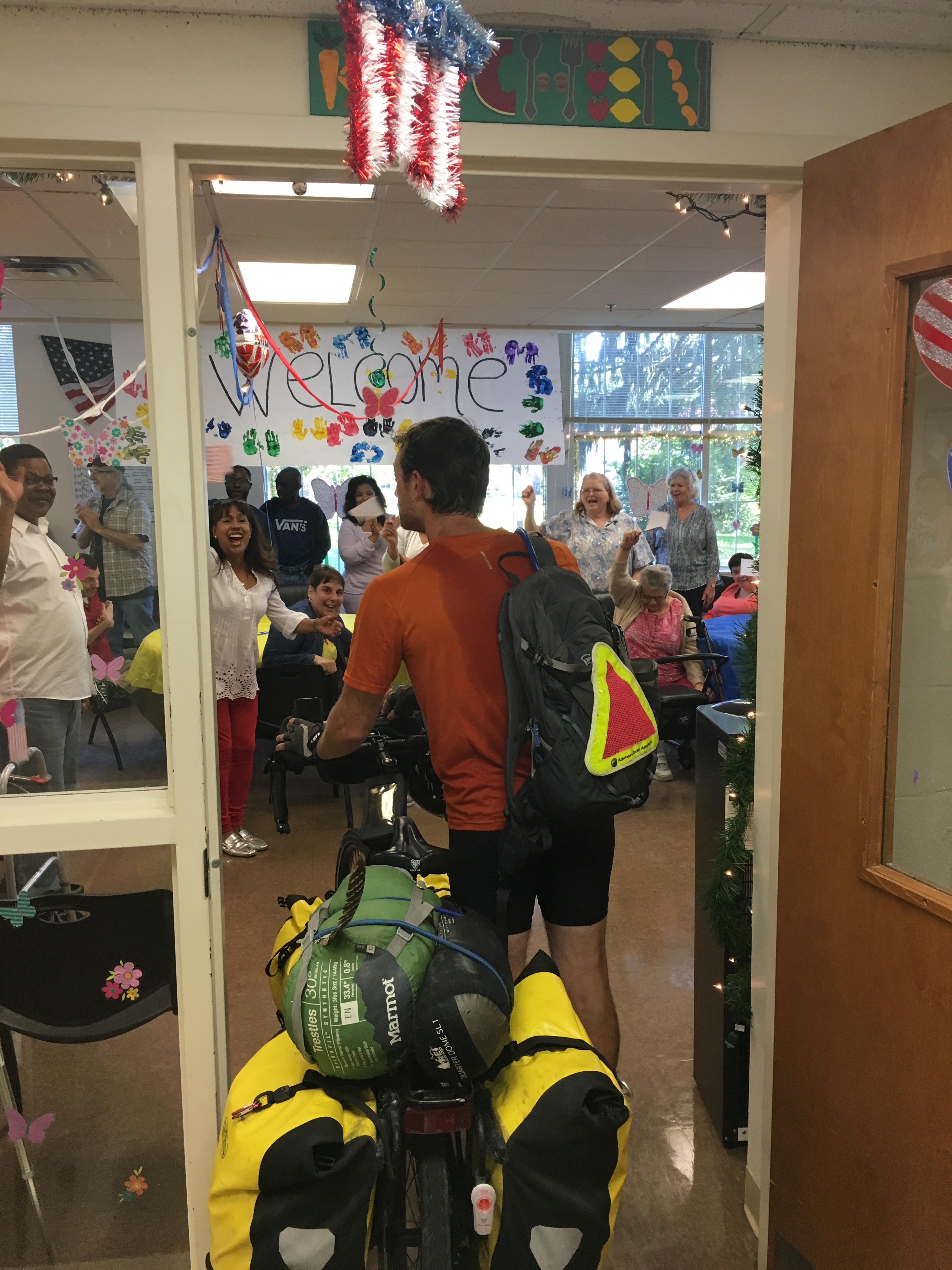 Next, he went south to Wyoming, north to South Dakota, then to Iowa and then made a pit stop in the Windy City, where he visited family. While in Chicago, he paused his trip for a week to celebrate his mom Mary’s 70th birthday in Hawaii.

After returning from the celebration, his ride continued along Lake Michigan into Indianapolis and then stopped in Louisville, where he had some of its famous bourbon.

Dinday pressed on through Ohio, east into Pittsburgh, then Allentown, Pa., north into New York City, where he went to a Mets game and eventually finished in Portland, Me.

In total, the trip was a little more than four months and 125 days of riding.

Dinday told the Mt. Olive News some highlights of the trip include the Grand Canyon and Yellowstone and seeing a girl riding a go cart smoking a cigarette at an intersection in Montana. He noted she was likely the weirdest person he saw on the ride.

Dinday stressed the four month crusade was no cake walk. Physically, it was draining and there were numerous 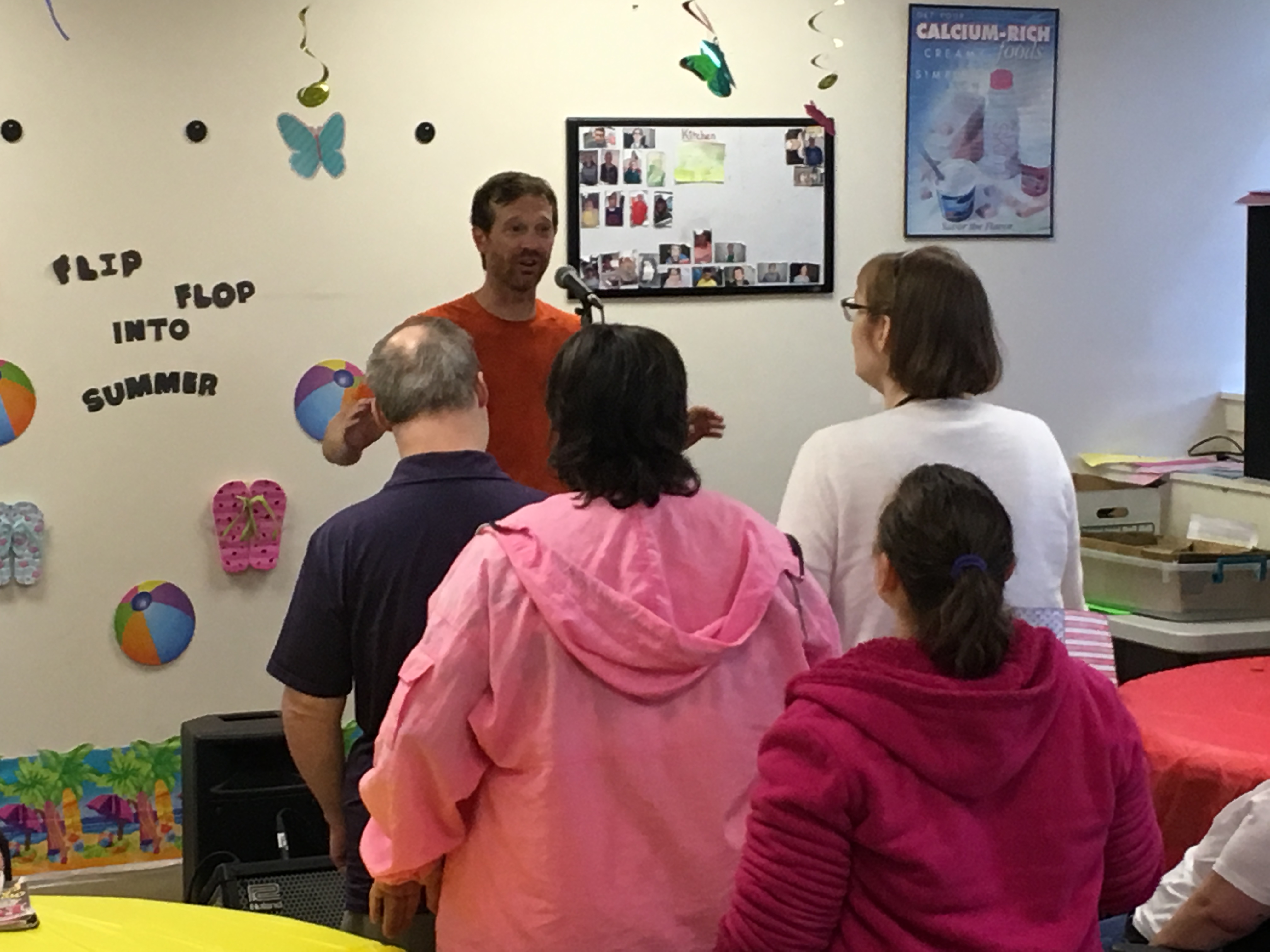 times when he felt like he couldn’t go anymore. Also, he often had to choose between staying in a fleabag motel or riding for another few hours.

Additionally, he spent a few days with his seat tied with zip ties because the seat clamp broke.

Dinday said it took him a while to recover from the trip, but now he is in the market for a job. It was a once in a lifetime experience, he said.

“I would have done this even without the fundraising” he said. “I regret not quitting my job after 15 years.”