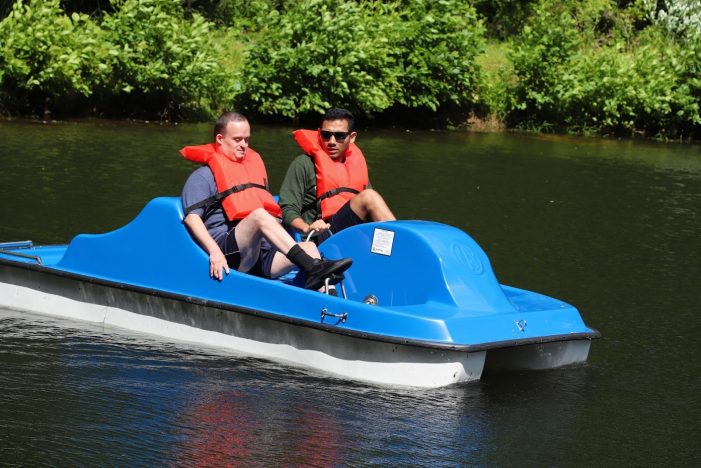 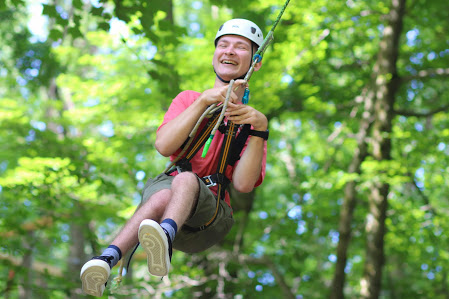 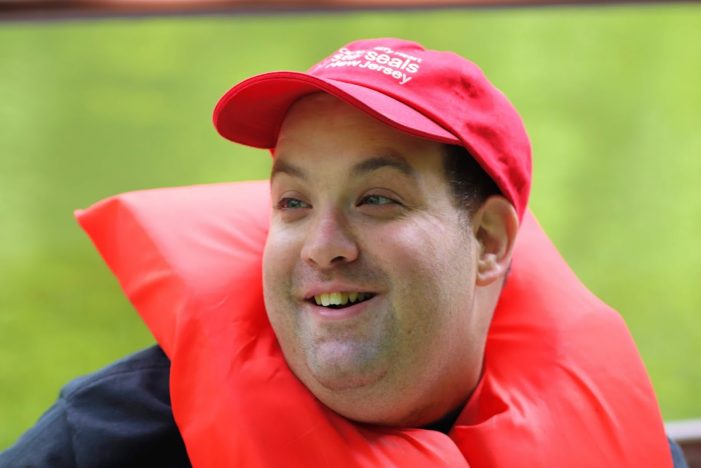 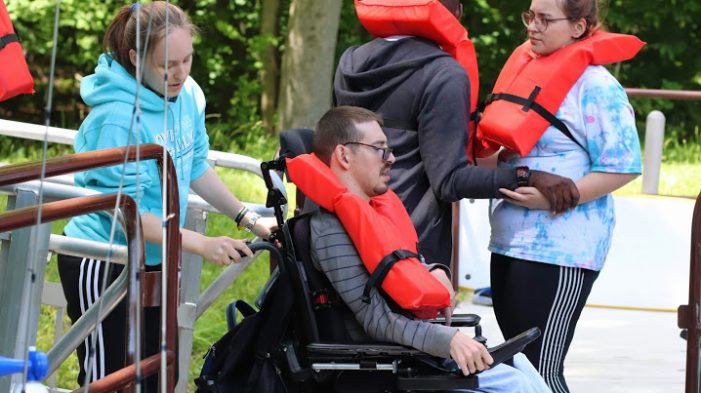 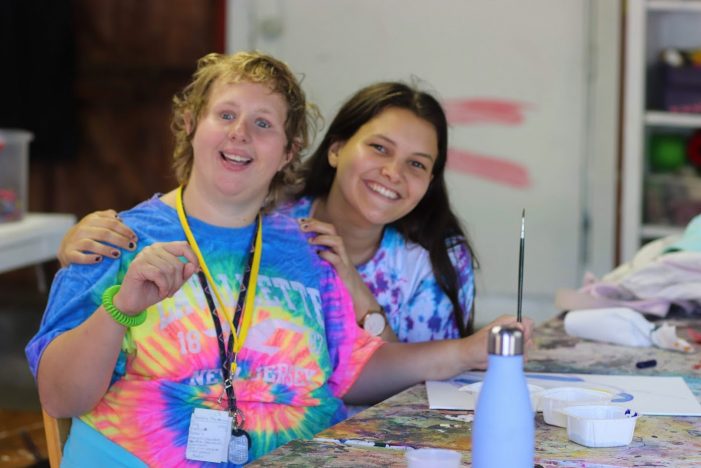 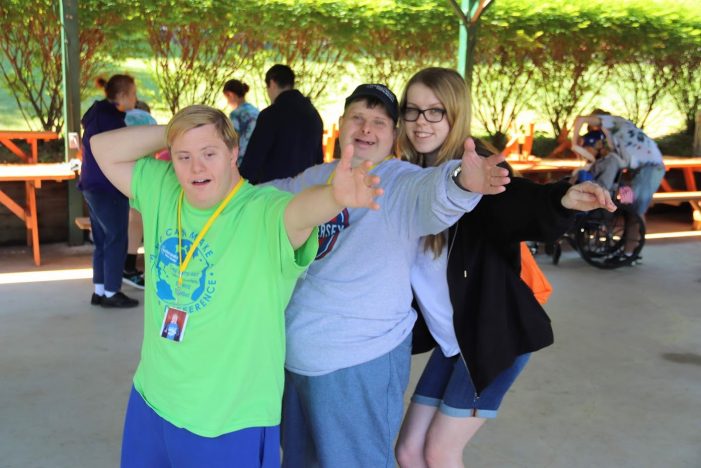 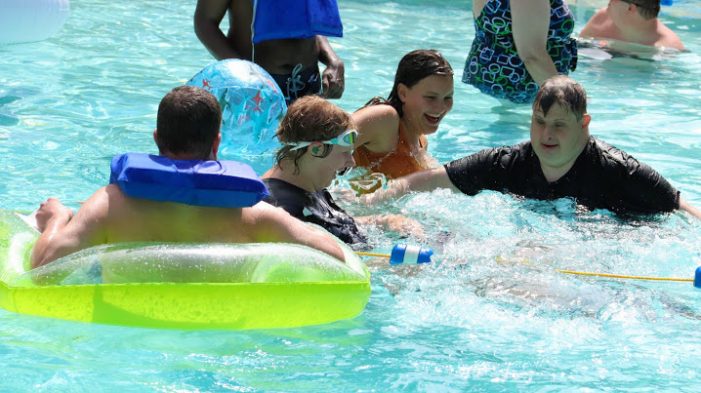 The area is beautiful – 123 acres in Hackettstown of Warren County, New Jersey – and so is the intention.

Camp Merry Heart, a vehicle of Easter Seals New Jersey, for 70 years has been providing happiness for people with disabilities and special needs. 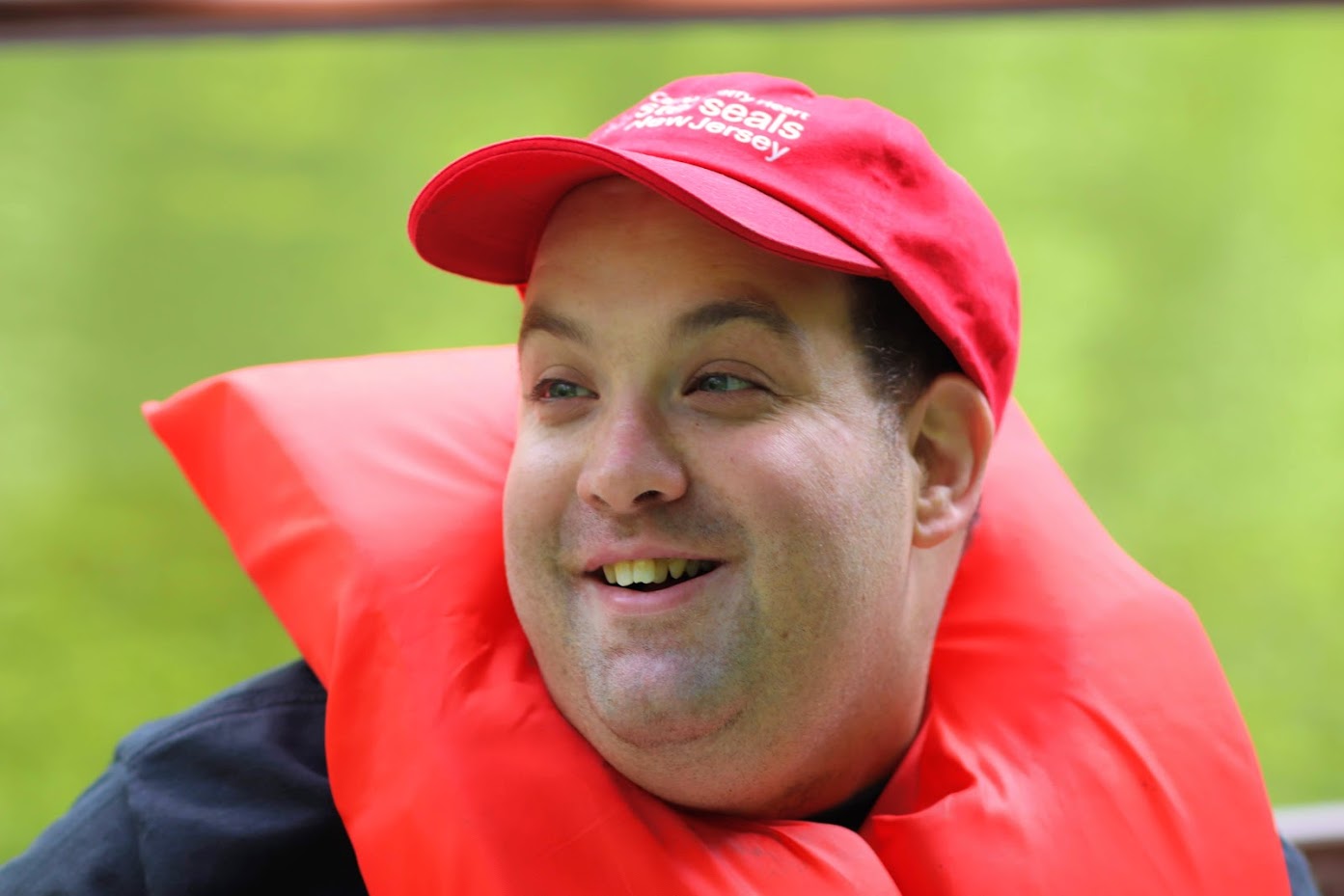 Bob Zirkel, Director of Business Operations for Camping and Recreational Services for Easter Seals New Jersey, speaks about the camp’s benefits. “Camp Merry Heart is a fully-inclusive summer camp. We serve children ages 8 to 21, children to young adults age 18 to 21, and adult population which is 21 plus. We have some campers in their 80s who have been coming for 30-something years.” 500 – 600 campers enjoy Camp Merry Heart every year.

All program areas at Camp Merry Heart are fully accessible, as are all five cabins, and the majority of the camp is paved trails. Activities include swimming, fishing, boating, splash pad, games, biking, hiking, challenge courses, full-length zip lining, arts & crafts, gardening, team sports, rock climbing, karaoke, dancing, talent shows, and much more. There is also a fully functional kitchen at Camp Merry Heart attended to by an outside vendor. 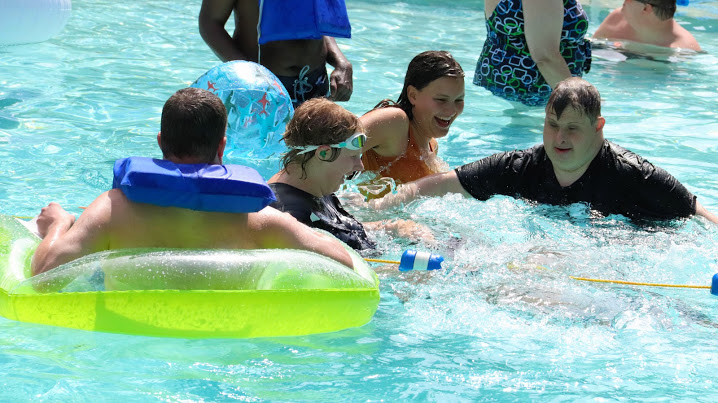 Other key benefits of Camp Merry Heart are that caregivers as well get a respite from providing constant, around-the-clock care. Also, there is a travel option, too. “We also have a hotel and travel program that goes up and down the east coast. We’ll take campers on cruises and go to Niagara Falls, and over Fourth of July weekend we went to Myrtle Beach.”

Montclair’s Tami Gaines had searched for a long time for a camp for her son Trey, who was born premature at just one pound and 13 ounces and requires oxygen care. Trey spent his early years in and out of the hospital, his mom looking for ways to give her then 10-year-old son (now 13) with disabilities a normal experience like her other children.

She found Camp Merry Heart in 2017 – and was sold even prior to visiting the camp for the interview process. The 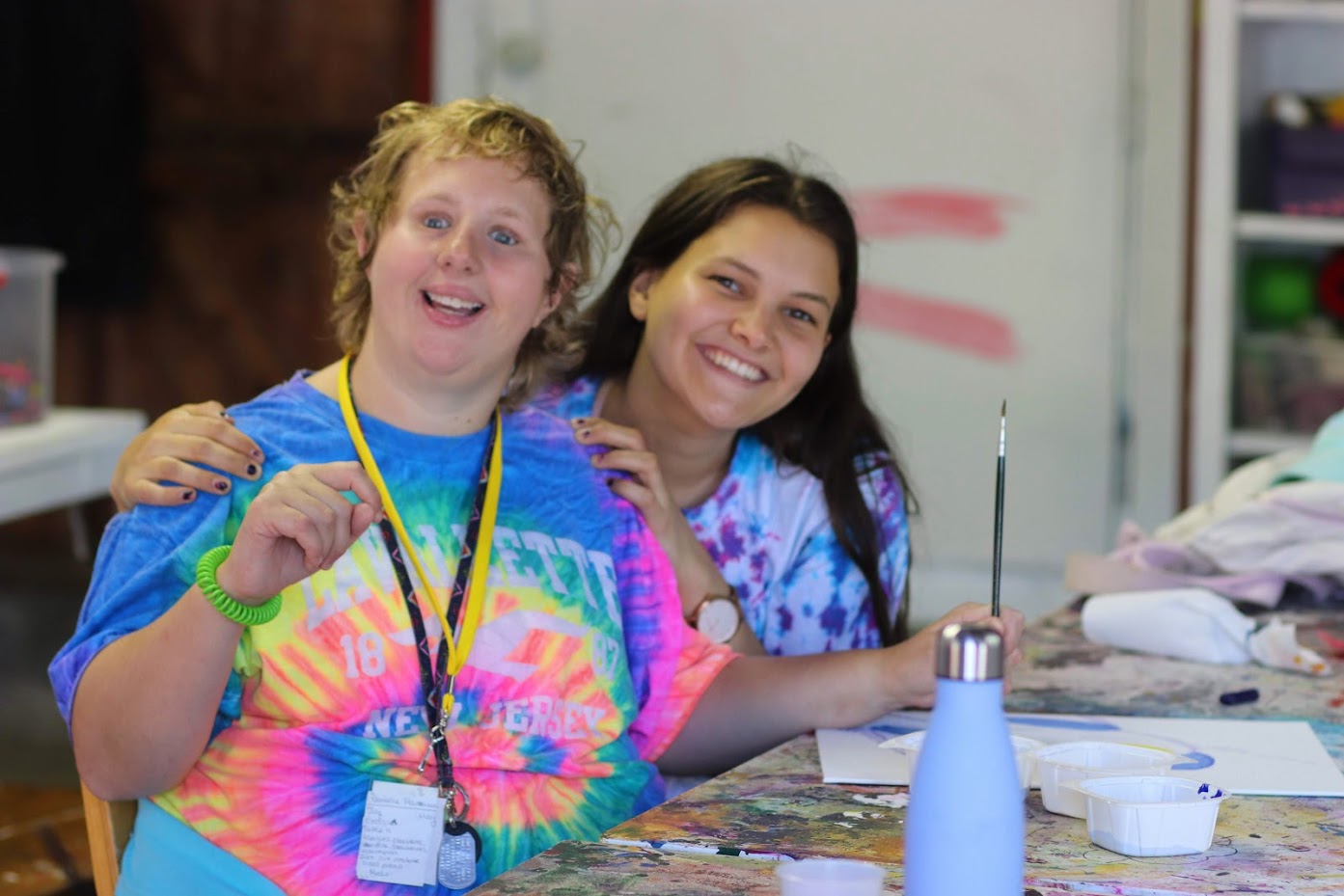 deadline for registration was the day she learned of the camp. “That was the beginning when I learned how great they were. They were leaving at 5 and I called them and said ‘I’m never going to make it in time, so just forget it. We’ll try for next year.’” Camp Merry Heart offered to wait for Gaines’ 6 p.m. arrival, and the goodness continues. “I’m used to being on top of my son; he’s quite unpredictable. They said to me, ‘Tami, why don’t you go wait outside.’ I said, ‘What?’ because I have never left him alone before.’” The folks meeting with her assured her Trey would be fine while they attempted to interact with him alone. They did, and Trey became a Camp Merry Heart camper. “I burst into tears. I started crying my eyes out.”

Gaines says Trey’s independence and interaction with other campers is huge, as is his partaking in zip lining and play and show participation. “When I first dropped him off (for his first five days of camp), I literally sat in my car and could barely drive I was crying so hard. No one had ever taken care of my son other than me. The fact that I was able 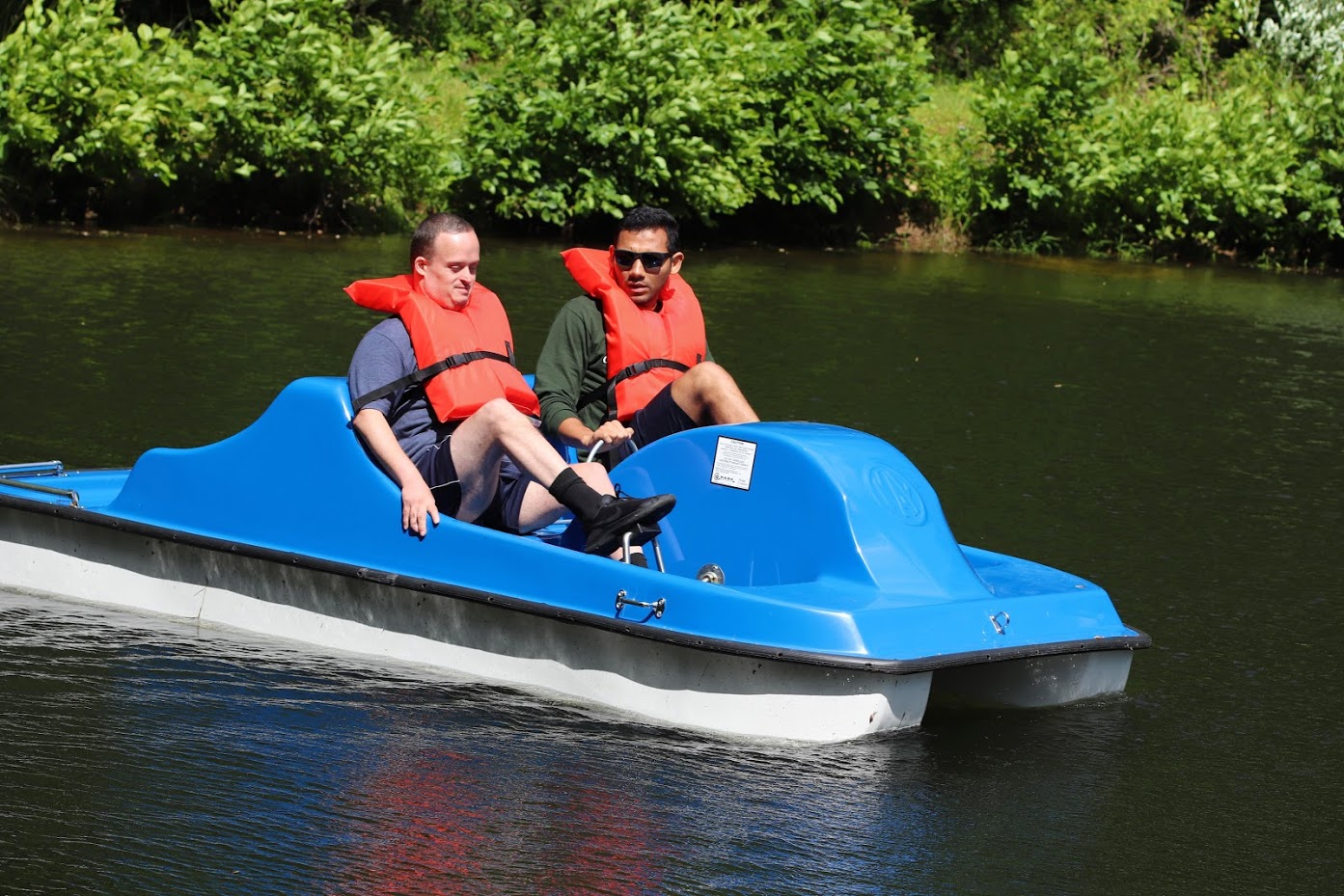 to trust them enough to leave him – a lot of parents have to let go of the fact that they’re the only ones that can take care of their kids; that they know best. Because Trey came home with a swagger. When I picked him up from camp, he was literally a different kid. He was like, ‘I did this. I did this without you.’ He had so much more confidence.”

The primary camping season is from the second week of June until the end of August, but year-round respite opportunities are offered to individuals with disabilities as well as group offerings for the September to May off-season months.

Zirkel also recognizes the efforts of others who support the camp. 20 to 30 different Rotarian groups provide funds 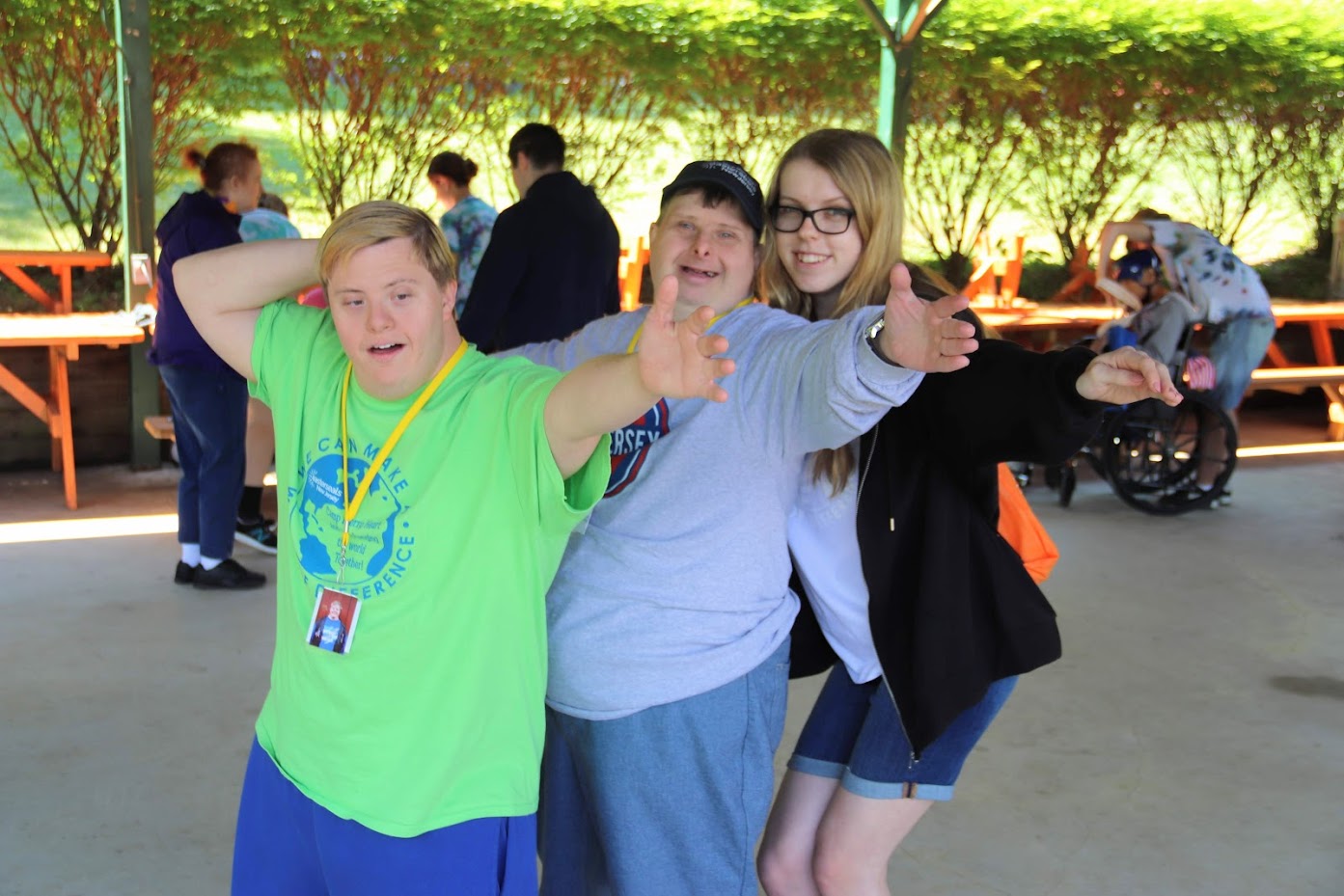 and actually physically provide services like fixing gutters, painting, and this type of aid has been the norm for 30 to 40 years. “We also work with groups like Valley National bank, M&M Mars, Amway, and more.”

Zirkel closes with an interesting story. “I took one of our staff members down to the local Med-Express. Most of my staff are hired from overseas. He (the staff member) has a pretty thick English accent, and in Hackettstown someone with an English accent tends to stand out a bit. Sure enough, we’re waiting in the waiting area and a gentleman turns around and says, ‘Hey, are you guys from Camp Merry Heart?’ I said, ‘Yeah, as a matter of fact we are.’ This gentleman turned out to be a camper who had come to us about 30 years ago.”