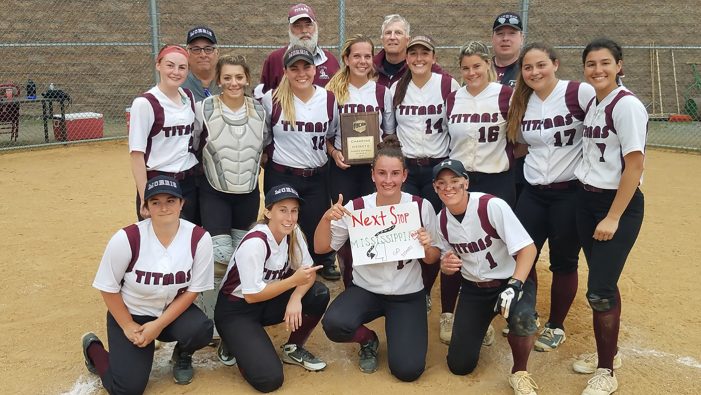 The County College of Morris (CCM) Women’s Softball Team won the Divisional Championship Tournament on Saturday, May 11, beating Mercyhurst College in the final two games of the tournament. As a result, the Lady Titans have travel to Mississippi to compete in the National Junior College World Series Tournament.

The tournament was held in Clinton, MS, from May 22 to May 25. This was the first time since 1991 that the Lady Titans Softball Team has participated in a national tournament. The team is also the Region XIX Champions for 2019.

“Coach Greg Wardlow and his team have worked very hard with our students and our Lady Titans have shown tremendous dedication to excellence throughout the year,” said Dr. Anthony J. Iacono, president of CCM. “I am very proud of each of them and how they have represented CCM. Watching our students excel on and off the field always makes me CCM proud as I am sure it does for the entire CCM family.”

CCM participates in the National Junior College Athletic Association (NJCAA) Region XIX. For the Spring 2019 season, the current record for the Lady Titans is 42-10. The team also won the Garden State Athletic Conference championship for 2019.