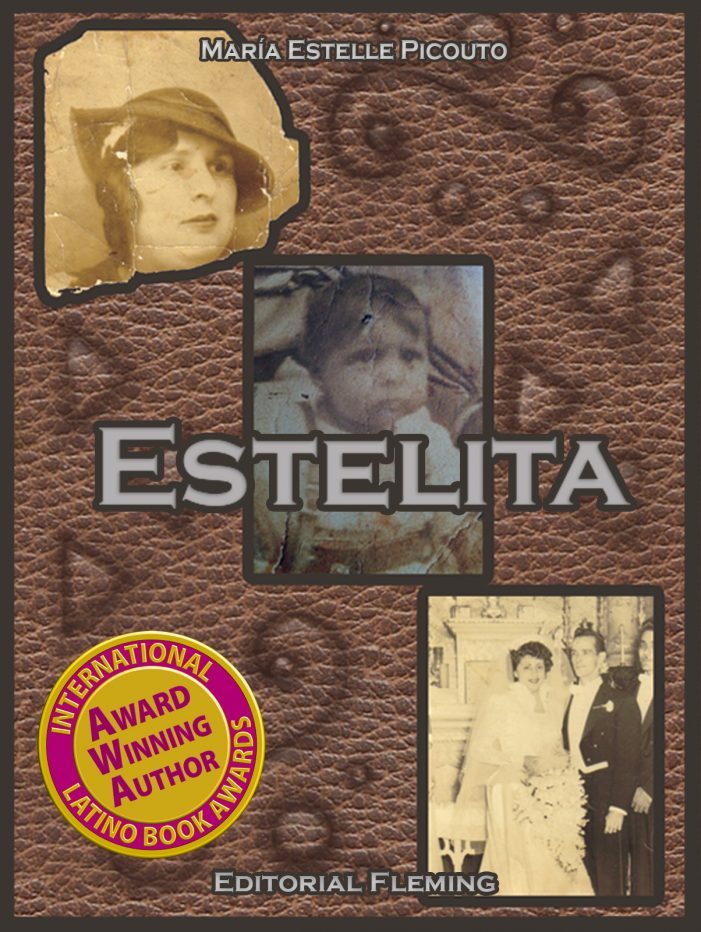 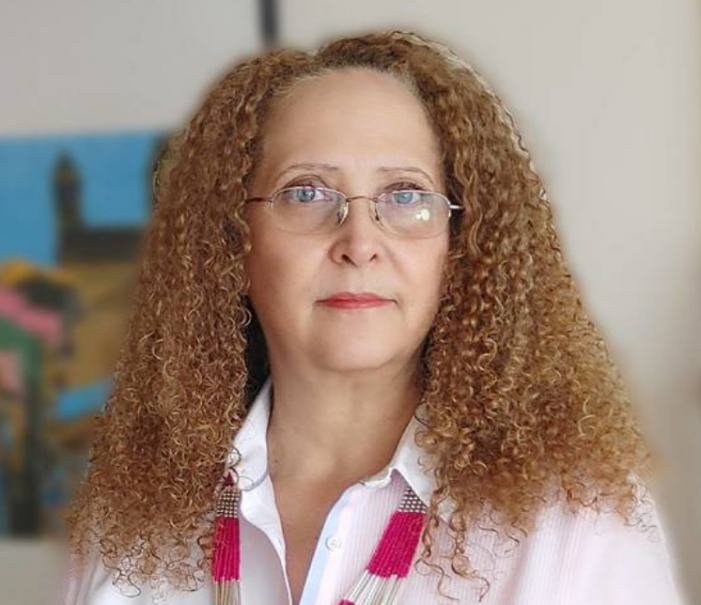 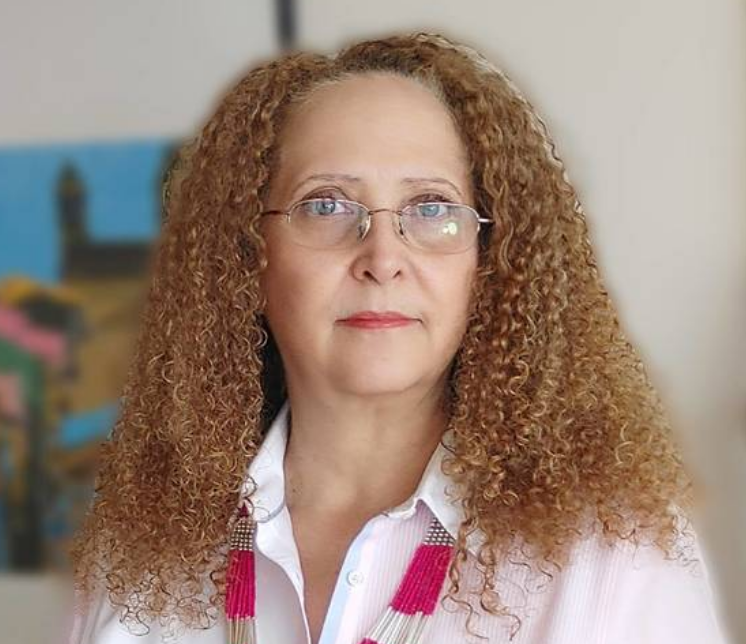 “Standing at the entrance of his small plantation home, while enjoying a foamy cup of coffee, Ventura Sanjurjo contemplated the sun as it rose through the coastal valley covered by sugar cane fields. He could perceive the sweet smell of the sugar cane ready for harvesting, as well as the sticky humidity characteristic of the season, on his skin.”

The fictional novel was also chosen by the Luis Munoz Marin (Puerto Rican journalist, politician, statesman and first elected governor of Puerto Rico) Foundation as a book of importance to the history of Puerto Rico — a proud moment for Picouto, who wrote it as a loving tribute to her mother and grandmother.

And the book was selected for a community outreach project to promote the reading of culturally and historically significant Puerto Rican books.

‘One or more of the judges for your book felt it would be a good fit as a TV show or movie,’ reads Whisler’s e-mail.

“I have to send a copy in English because they will check the book with some of the people who make movies to see if they want to do a movie about my book” says the author, a Spanish as a Second Language, Hispanic Culture and Cultural Affairs professor at CCM since 2006.

According to Picouto, her book is full of intrigue, envy, lies, loneliness, abandonment, physical, emotional and institutional abuse and is based on the complex history of the Sanjurjo-Gely family from 1800 to 1955.

The story begins around 1917 with the migration of Puerto Ricans to New York when Woodrow Wilson signed the Jones–Shafroth Act.

“My grandfather came and brought some of his brothers,” says the professor. “Then comes my grandmother (Margarita Gely Caceres) and she established herself in New York and then met my grandfather and they married.

“Soon after my mom (Estelle Sanjurjo Gely) was born my grandmother died. And my grandfather put my mom in an orphanage.”

That meant Picouto had no connection to her family.

“My mom met her family when she was around 15-years-old, the first time she went out of the orphanage but she was already a novice and was going to become a nun that summer,” the professor says.

According to the author, they moved to Puerto Rico when she was four and never got to know her extended family on both sides.

“I never met my grandmother’s side of the family and very few on my grandfather’s side,” she says. “So I grow up with that need to know who I was, where I come from,” the professor says.

It was a natural progression to study anthropology when she got to college.

“For my first thesis I decided I was going to write on Puerto Rican immigration to the United States,” she says.  “To do that work was to start with my genealogy.”

The year was 1990 — and Picouto says through researching the genealogy for 25 years after that she met her mother’s aunt in Puerto Rico.

“They never knew that my mom was born and never knew what happened with my grandmother,” says the professor. “All those thoughts were always in my mind.”

“Everything you read in the book really happened and also the places where the characters live and go (are real),” the author says. “I also include pictures and documents that prove the story.”

In 2005, when she had most of the information she needed, the author started writing short stories with the intention to preserve them for her children.

“One day four years ago a friend of mine, Dr. Yun Sil Jeon (Foreign Languages professor at Coastal Carolina University) came here on vacation,” Picouto says. “My husband tells her I’m writing a book; I didn’t even tell anybody.”

The author was halfway through writing when she emailed her friend the draft to find out what she thought.

“I was embarrassed because I was so afraid the book was not good,” says the professor. “The next morning she said, ‘Not able to sleep last night; I was the whole night reading your book (and) I need more. She’s Korean but was raised in Argentina and speaks fluently in Spanish, so she becomes like my mentor.”

“Since she read the draft, for two years was motivating me to complete the book, calling or visiting me every week,” the author says. “When I finished I said, ‘I’m going to publish but probably only something my family will read.’”

It was much more and in April 2020 “Estelita” went into mass publication.

Then her cousin’s friend who had read the book encouraged Picouto to compete in the International Latino Book Awards.

She wasn’t sure about such a prestigious competition.

But after hearing that famous Spanish writers compete and they have to approve your book just to enter — she decided to send her manuscript.

“A month later I receive an email telling me to send five copies of my book,” Picouto says. “They consider my book like a novel. Two months later, I received another email saying I was in the finals; I was in shock.”

On September 12, there was a virtual celebration and the professor got to take in the whole experience.

“I was worried because I researched the people who were competing in my section; they are really writers, they live writing, make a living writing,” says the professor, who was feeling a little intimidated. “This is my first book.”

Picouto told her husband that while she was happy to be there and made it to that point she didn’t think she was going to win first place.

But she got a thrilling surprise from the emcee announcing the awards in her category as none other than Esmeralda Santiago (Puerto Rican author known for her novels and memoirs).

“Ever since I read Esmeralda’s book, ‘When I was Puerto Rican’ in 1992 I have always dreamed of writing something like her,” the author says. “So not only I did write the book, she was the one who announced the first-place award for ‘Estelita,’ my book. That was like a sign from heaven.”

“I feel like I accomplished a promise I made to my mother and grandmother.”

According to the author, her phone hasn’t stopped ringing for weeks.

“Family, friends (and) people that I don’t know e-mailing me because they want the book but don’t want to buy it from Amazon,” she says. “They want me to sign it.”

The book has been translated to English and Picouto expects to release that version in December.

And at the request of the readers who can’t get enough the author started penning a second book, which she is calling “Estelita; what I did not tell you.”

At the end of the day, the author feels incredibly blessed about the award.

“I was doing this with my heart to heal part of the family story,” says the professor. “This was a process of healing for me, my mom and my grandmother. I complete that circle.”