CCM Softball Player Honored as Woman of the Year 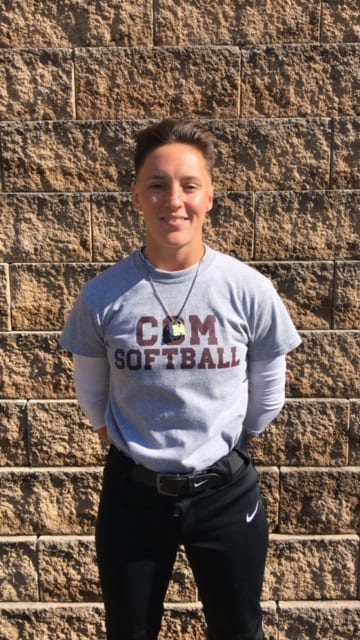 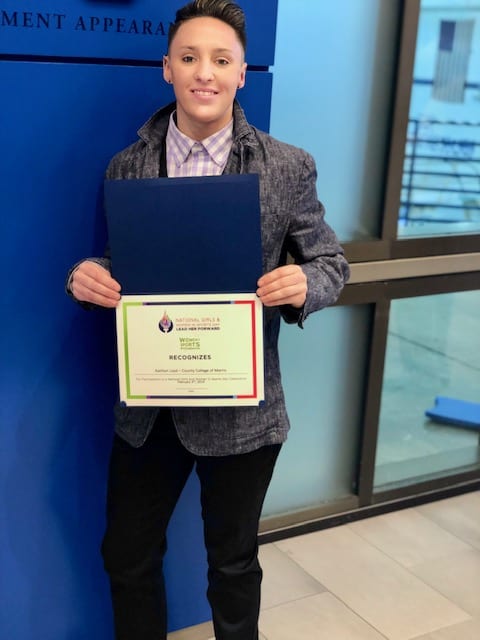 The number on her softball jersey is one; it is almost like the jersey destined her for success.  The wearer of the jersey is Roxbury resident, Katlyn Lloyd. Lloyd, a sophomore at County College of Morris (CCM), plays center field for the college’s women’s softball team.  Her impressive statistics for the past season are .519 batting avg., 71 runs scored, 81 hits, 9 triples, 10 homeruns, 52 RBI’s, and 34 stolen bases. Head softball coach at CCM, Greg Wardlow, noted that Lloyd was rewarded with selection to the National Junior College Athletic Association’s All-American team.  She was also named to the First Team All American by the National Fastpitch Coaches Association and was honored as the Player of the Year in Region 19.   In February, she was recognized with another honor: she was selected from all the female athletes at CCM as Woman of the Year.   She represented the school at the annual National Girls and Women in Sports Day held at Seton Hall University

Lloyd noted that although she knows she works very hard, she was still shocked by the “Woman of the Year honor”.  An exercise science major with the goal of becoming a personal trainer, Lloyd works out six days a week to “become faster and stronger”.

Although Lloyd may have been shocked by the honor, her coach wasn’t.  Wardlow said, “She just stands out among all the women athletes at CCM.  Obviously from an athletic achievement perspective, her choice is easy to make.  However, in addition to that she is a hard-working student athlete.  Katlyn lacked a little self-confidence when it came to college academics, but she has thrived in the classroom as well as on the field.”

Lloyd has been playing softball since she was eight years old.  She started by playing T-ball on a local recreation department team on which all the other players were boys.  She developed a love for the game by watching her brothers, Jacob and John play ball.

Wardlow noted that while athleticism runs in her family, Lloyd has made a name for herself as an athlete. “She was born with great natural ability as a ballplayer.  Her dad and two brothers were outstanding athletes, but she is not only a superb athlete with natural talent, but she also works harder than everyone else at getting better. She has laser-focus on the field and is a driven athlete,”  he said.

Wardlow also noted that her contribution to the CCM softball team is as a leader on and off the field. He praised the example she sets for her teammates in her work ethic. Lloyd is a team captain and. Wardlow said, “[she] does a great job in fostering team chemistry and in motivating her teammates.”

On February 3rd, Lloyd attended the National Girls & Women in Sports Day at Seton Hall University honoring female athletes from schools throughout New Jersey. There was a luncheon, speakers, and each honoree got a certificate and her picture taken. The theme of the day was “Lead Her Forward”, noting the ways sports help women to excel and realize their potential.

For Lloyd, it is her family’s support that helps spur her on.  She said they are the biggest influence on her as a softball player. “My family always pushes me to be better and to be myself,” she said.