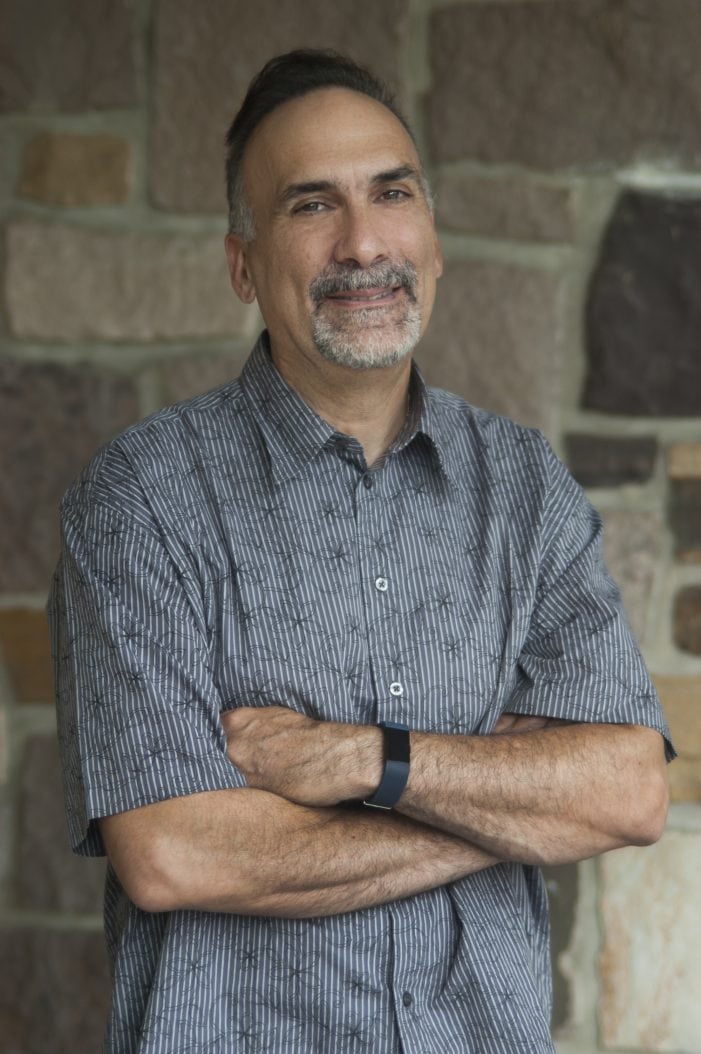 Venancio “Venny” Fuentes, professor and chair of the Department of Engineering Technologies and Engineer Science at County College of Morris, has been selected as the sole recipient of the Association of Community College Trustees 2018 Faculty Award for the Northeast region.
The William H. Meardy Faculty Award recognizes that faculty excellence is the foundation of student success. The award will be presented to Fuentes, of Montville Township, at the Regional Awards Luncheon on Oct. 26 at the New York Marriott Marquis hotel. The faculty award is named after ACCT’s founding director.
“This is a highly prestigious and competitive award and we are delighted that Professor Fuentes has been ranked the best professor in the Northeast by ACCT,” said Dr. Anthony J. Iacono, president of CCM. “Venny’s excellence and vision both as a teacher and department chair are outstanding and have led to the success of countless CCM students during his 25 years of service at the college.”
“It is such an honor to be recognized by ACCT,” said Fuentes. “I really enjoy teaching and as chair helping students accomplish their goals. It’s a privilege to receive this award for doing what I love.”
Not only has Fuentes assisted hundreds of college students during the course of his teaching career, he has overseen the implementation of a share-time Engineering Design and Advanced Manufacturing program with the Morris County Vocational School District at CCM. Through that program, high school students with an interest in engineering and advanced manufacturing spend half of their school days at CCM and earn two certificates – in Mechanical Computer
Aided Drafting and Engineering Technology – and college credit toward an Associate in Applied Science degree in Mechanical Engineering Technology.
As part of the program, EDAM students also are involved in the High School United with NASA to Create Hardware (HUNCH) for the International Space Station program. CCM was the first community college in the nation to become a participant in the HUNCH program. Fuentes teaches several courses in that program, including Computer Aided Design II.
In that class, high school students in their second year at CCM work on projects that International Space Station astronauts have identified as a need. One of last year’s designs was a project to keep floating storage bags from obstructing air vents on the station. EDAM
students in their first year manufactured parts used on the stowage lockers on the International Space Station.
Growing up in Queens, N.Y., Fuentes attended Aviation High School. He earned his bachelor’s degree in engineering from Stony Brook University on Long Island and his master’s degree in electrical engineering from Stevens Institute of Technology, Hoboken.