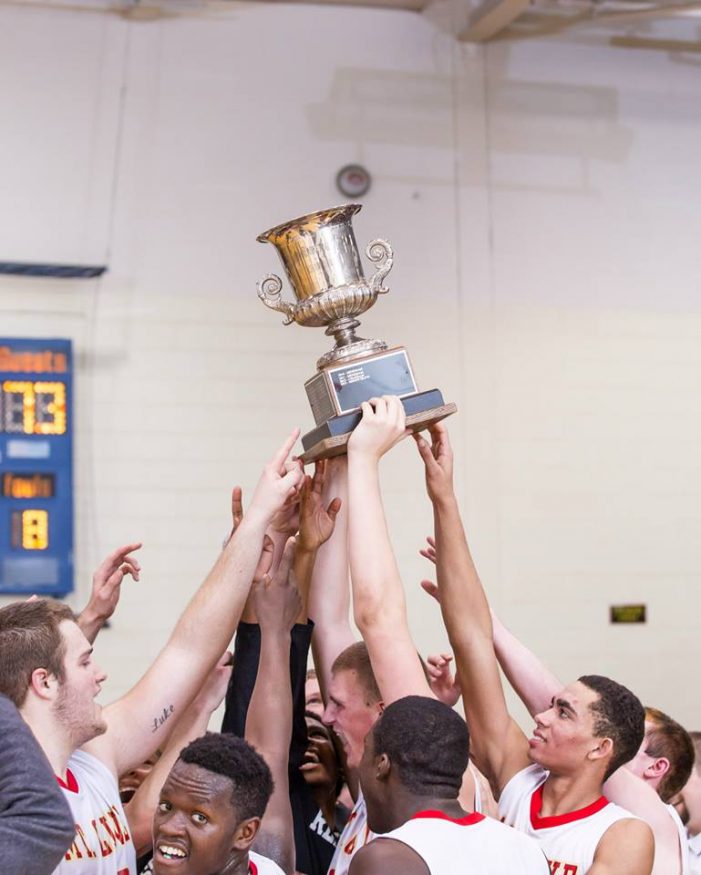 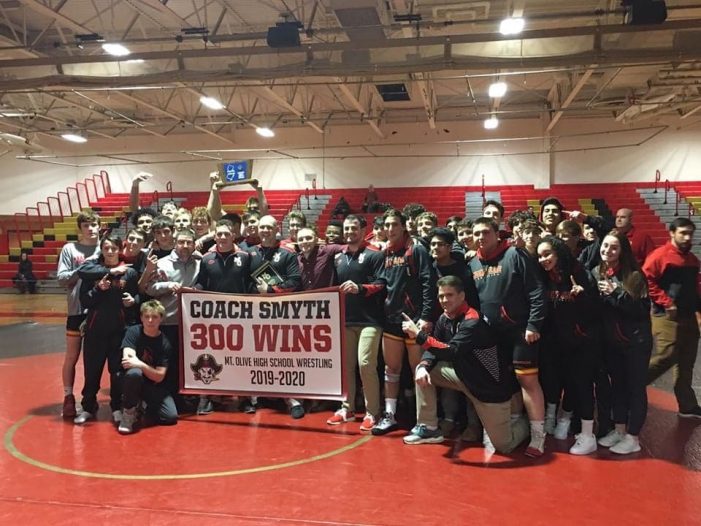 Since it opened in 1972, Mount Olive High School has had its share of great female and male teams, coaches, and athletes.

Dan Grzywacz, who has coached numerous boys soccer and tennis conference champions, is the sports historian for Mount Olive High School. He started a spreadsheet project in 2012, compiling won-loss records for teams and individual coaches, initially just for soccer and tennis. From there, however, the project grew. “I went through all the files for every program that was in the athletic office,” he says, “and I compiled any stats that were there. It really was kind of an obsession of mine once I got going with it. I tried to get as much as I possibly could.”

Aided by some of the coaches, his effort is a stellar one. It helped significantly with this article.

Consider Bridgette Geiger, who coached girls field hockey for 27 seasons, her 328 wins tops among Mount Olive High School coaches. And then there’s George Ottavinia, girls softball Coach, second all-time with wins at 325, the softball field at the high school named in his honor. Both coaches during their terms had teams that won state titles.

Mount Olive Life reached out and communicated with those who we were able to contact regarding their success.

“The 1989 team won everything – conference, county, sectionals, groups, and overall title.  In cross country and track, it’s called the Meet of Champs,” says Sulley. “The girls were highly successful because they bought into the work required to win.  After a while, the tradition fed on itself.  There was an expectation connected to our name.”

Christine Engel led the 1989 team, and her success was followed by Jackie Coscia, who won the most individual titles. On the boys side, Sulley says that Steve Slattery was arguably the most successful high school male athlete to come out of the high school (“Keturah Orji is the most famous female graduate and the greatest athlete Mount Olive has ever produced,” he says.)  “Steve was a two-time state xc champ, four-time county and sectional champ.  He made it to the nationals his junior and senior year.  It was a great experience coaching him and then watching him succeed in college and then as a professional athlete on the United Sates and world stage.”

The 2002 football team finished with an all-time best 11 -1 record and won the  North II Group III State Championship with a 14–13 victory against Jefferson Township. 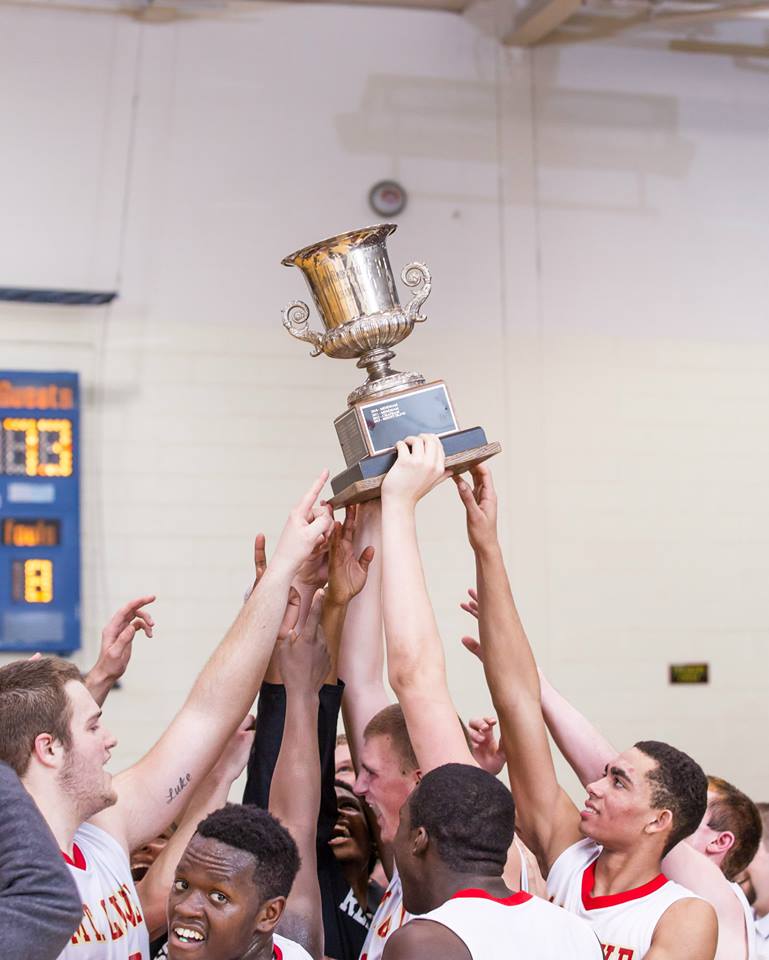 Jim Kramer was in his fourth season as head coach. “It was cold. I think it was 11 degrees. We actually played at home. The night before, it snowed about six to eight inches of snow. All the state games in New Jersey got canceled that night, but our AD, our principal, and the mayor at the time said, ‘We’re going to play tonight, we’re going to get ready,’ and miraculously, they cleared the field and cleared the streets. The mayor brought people off the town roads to help get the field ready. And we were the only state championship game that night.”

Sirajj Ziyad, a running back and captain on the 2002 team, recalls that Kramer, “planted the seeds for us to grow and sophomores and juniors,” but that his most profound coaching moment came after the Marauders lost game number one that title season, a one-point loss to West Morris Mendham. “So, he (Kramer) didn’t say anything else besides this at the end of the game: ‘We’re not losing a game for the rest of the season.’ Almost verbatim. And then he said, ‘Get on the bus.’ That’s the only thing he said to us after the game.”

The team then won eleven straight games, including the tight championship battle. The Jefferson High School kicker, who hadn’t missed an extra point all season, in the last minute missed his first and only PAT of the season.

Nineteen years later, Ziyad now coaches wide receivers and cornerbacks. “Often,” he responds when asked if, when on the sidelines, he thinks of that night 18 years ago. “I don’t know if there’s time that I don’t think about it (the title game), that it doesn’t come into my mind at least for a moment. You’re told not to live in the past – that’s the hardest thing about it – but you don’t want to forget a moment like that. I feel like, you know, as a coach, all I want is to have a repeat of that, to have that feeling for those kids to live it on the other side.”

It was doubly special: that win cemented the North I Group IV title for his team.

His top clubs have been his 2002 team, which finished 16 – 4 and won the North I Group II championship, and the past two seasons, when the Marauders won 18 and 19 matches, respectively.

“I view it as a gift that I can still do this coach at a high level and be around the kids and make a difference,” he says. “As long as I am the head coach and I’m still passionate about it, I still love being around the kids and my coaching staff. That’s the favorite part for me.”

He takes extra pride in the success of his female wrestlers. “Now the girls have their own state tournament, and they have all their own individual tournaments which we’ve been attending. We had Nyla Greer and Carley Anderson really take off this year, and they both went deep into the regions, Carley actually winning her region. The first one in Mount Olive school history, Carley Anderson. She went out to the state tournament with the girls’ team, and she placed in the top five and we’re still very excited about that to this day. She’s actually back – her and Nyla are both back – and they should hopefully make some more noise this year.”

Kevin Moore had a stellar 96 – 36 record in just six seasons as head coach of boys basketball. “We won the Hopatcong Tournament once and won our bracket of the Boardwalk Classic in Wildwood twice. We had a great staff and players that all bought into three key components: Create an identity, establish a winning culture through standards and expectations, and maintain a focus on team chemistry.”

Back-to-back county championship wins – the first against Chatham, because it was the first in school history, and the second against Morristown because of the way in which it was won – are tops. “Rashaan Spencer scored with no time left on the clock to win the game,” he says of the Morristown clash. “It was just a fantastic high school basketball game.”

Zack Heeman, Rashaan Spencer (both 1000-point scorers), and Ryan Traub were three of Moore’s top players. And then, there was the “sixth man.” “There was such a home court advantage for us, we could have 1,500 people in the gym on any given Friday night to support the team. It was truly a special time and a great run. I look back on it very fondly.”

Dave Falleni served as Athletic Director from 2007-08 through 2019-2020. During his tenure, Mount Olive coaches and kids won 52 championships, whether it be conference, county, sectional, or holiday tournaments.

“Over 90% qualified for state tournament play,” Falleni says proudly. “I was able to bring in a bunch of new coaches, and they kind of bought into what I was about commitment and pride and really building from the ground up. The recreation departments and going there – I think that was the biggest turnaround, is that more and more coaches were getting involved, not coaching down there, but getting involved, showing their face, talking to the parents, and it eventually got up into the high school. You saw that matriculation into success with programs.”

Jim Kramer, looking back, sums up his time with Mount Olive High School sports. “I have great memories about it. I’ve met so many and  had the chance to be with so many great kids.”

And Sean Smyth says of his 21 seasons as wrestling coach, “It’s been unbelievable. It’s been a great ride.”