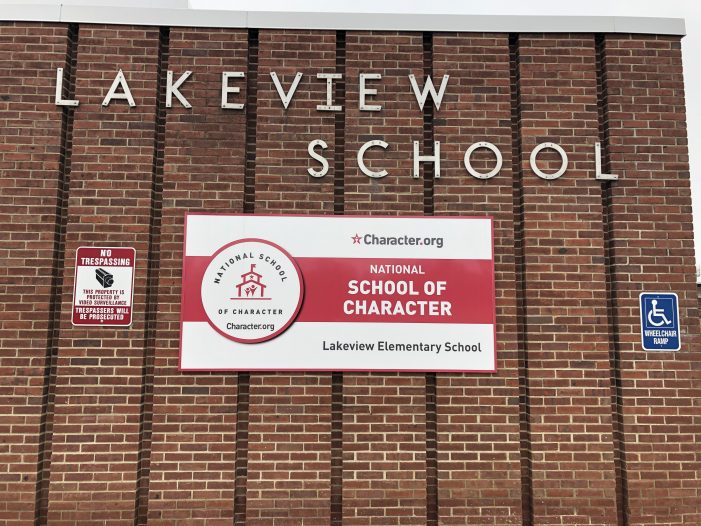 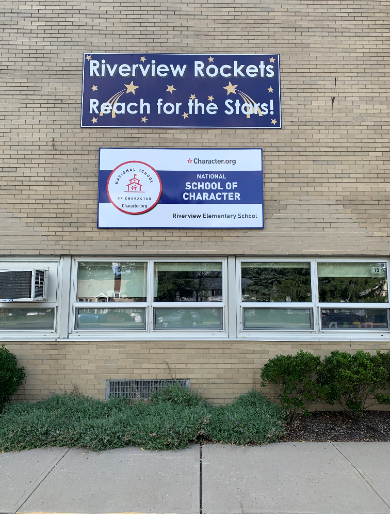 Lakeview and Riverview Schools in Denville have always been positive places to visit. Both K-5 schools in the township are proudly celebrating a big honor; these two schools have been named National Schools of Character.

According to Riverview School principal Christina Theodoropoulos, Riverview was first a New Jersey School of Character before working hard to attain the national ranking. The rigorous application process and observation day by employees of Character.org made the Riverview team fully aware of how they are teaching the concepts within social emotional learning.

“We really became aware of how we’re teaching character to our kids. We started implementing morning meetings, but we wanted to make sure that we turned it into an everyday, all day long, learning experience. We also give them opportunities throughout each day to practice these character skills with our Buddy Bench, 5th graders being mentors to the Kindergartners, etc. We also make sure our staff and teachers reflect Rocket Behavior within ourselves,” Theodoropoulos said.

After their day long site visit, Theodoropoulos had received a phone call a few months later to let her know that their goal of National School of Character had been achieved. Theodoropoulos noted the excitement that was felt from Kindergarten to staff member.

“It was really a goal of ours, so we really set our mind to it. I really wanted us to get it. I got a phone call and I had already told my staff that if we get it, we’re going to really celebrate our accomplishment. It was really a whole school moment because we’d worked so hard all together to achieve this. We held a school wide assembly, where there was a lot of dancing, singing, confetti, and just all-around happiness. We really just celebrated all together, from Kindergartner to teacher,” Theodoropoulos shared.

Theodoropoulos also noted that thanks to Rocket Shoutouts at the end of every school day, the students are fully aware of what their core values mean and truly what it takes to be a Riverview Rocket: respectful, optimistic, compassionate, kind, empathetic team players.

“We wanted to make sure that every student knew what those words meant. We implemented a program where our grade levels each take one of those letters from our acronym and teach the entire school about what it means. The whole school gathers, we even invite parents, and the students teach each other. We want to teach character explicitly through morning meetings, books, and classes but not only have the teachers teaching it but give their peers a chance to learn from their classmates,” Theodoropoulos said.

“We got both in the same year, which is very unusual. For the state, we were screaming in my office and to have our hard work had been recognized. To have strangers come into our school and believe in the work that we were doing, it really cemented everything. When we got the national ranking, we were absolutely floored. It’s so unheard of to get both in the same year so we wanted to celebrate school-wide. It was just incredible to have the whole school come together as one to recognize that what we did was important, and that we are being valued for what we’re doing,” Baisley said.

Lakeview has implemented a very successful program with their core values at play. The Lakeview Lions Paw Program has inspired every student and staff member to encourage the values that make up what it means to be a Lakeview Lion. The PRIDE acronym includes perseverance, respect, integrity, diversity, and excellence.

Hall alongside the other Lakeview Counselor, Deb Warner, were surprised at how quickly the PRIDE Paw program took off. Students and staff remain excited about it each day and it has been fully embraced by the local community as well.

“We were hopeful it was going to be successful; but we didn’t realize how much it was going to take off. We needed to have a common conversation around our school and our teachers were able to use these words as tangible things. We’re now in our second year with this program and it’s still going strong, if not stronger then when it first started,” Warner said.

Both schools attended the Character.org conference in Washington D.C. in October of 2019. Both Baisley and Theodoropoulos were excited to share in the moment together and be there to support one another.

“In Denville, we’re a unique district with only two elementary schools. We were both together in DC to receive the awards at the same time. It was a very special moment to share in each other’s accomplishments together and it was a wonderful opportunity for us to celebrate what each other had done to get to this point,” Baisley shared.

According to Superintendent Dr. Steve Forte, he is extremely proud of all the hard work that both Riverview and Lakeview put in to achieve the awards.

“It is a tremendous honor that both our elementary schools were named state and national schools of character. This is an example of the hard work our staff does for all of our students.”