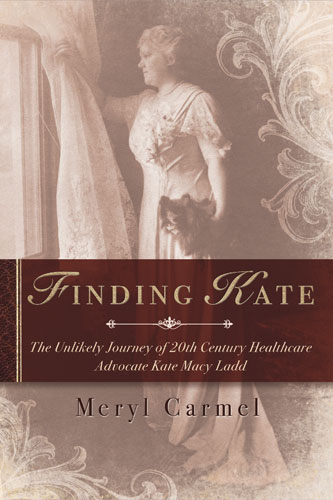 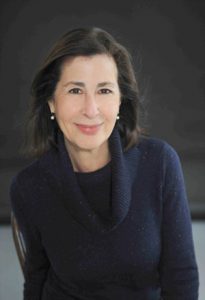 Something on a plaque at the Natirar estate in Peapack piqued local author Meryl Carmel‘s interest in 2007. The inscription said that the former owner of the sprawling 90-acre property had been inspired by her Quaker beliefs to devote her property and wealth to helping those in need.

Carmel looked deeper at the life of Kate Macy Ladd, whose father owned a sizeable stake in Standard Oil after the company bought his oil firm.

“I was taken aback by the fact that woman of such tremendous wealth was so committed to helping others,” Carmel said. “She exemplified the Quaker propensity for ‘doing good.’  Kate extended a loving heart to people from all walks of life.”

The Chester-based writer spent the next 10 years researching the philanthropist for her book, Finding Kate: The Unlikely Journey of 20th Century Healthcare Advocate Kate Macy Ladd.  She interviewed Ladd family members and gained access to diaries, letters and photographs, even learning that a great-aunt of her college roommate worked at Natirar.  Carmel also tracked down the relatives of Natirar employees, interviewing some of them in Canada and Ireland.

“Her inspiring story really remained in the shadows,” Carmel said of Ladd, adding that the early death of Josiah Macy motivated his young daughter.  In 1930, Ladd founded the Josiah F. Macy Foundation, which helps to fund the education of medical professionals.

Ladd and her husband Walter Graeme Ladd, lived a comfortable life in Bar Harbor, N.Y., but like many wealthy families of the Gilded Age, they were drawn to the countryside of New Jersey.  They bought the land the hilltop estate rests on in 1905 and built the 33,000 square-foot brick Tudor Mansion, giving it the name that is an anagram of Raritan.

However, the Ladds used the property to give ‘deserving’ women in New York escape from the city to convalesce for three weeks from the illness and other hardship, Carmel said.

“Born in 1863, she was a woman far ahead of her time,” Carmel said, adding that Ladd herself suffered from poor health during her lifetime.  “She was a woman who took her own experiences to help better others.”

Natirar’s convalescence services were housed in an estate cottage on the property, called the Maple Cottage.  After Ladd’s death in 1945, those services were moved to the mansion four years later. As per Walter Ladd’s will, the services continued for 50 years after his death in 1933.  The property was sold to Hassan II, the kind of Morocco. Somerset County purchased the property in 1983 for $22 million from Hassan’s family following his death. Weddings and other events are now held at the property and the county is working with a private-public partnership to redevelop the property.

Carmel said more than 20,000 women were served by Ladd’s efforts at Natirar.  “She wanted to have others’ lives to be happy and fulfilled,” Carmel said. She said about 50 convalesced at the estate at one time in 21 bedrooms of various sizes that could accommodate two to four women.

Carmel spoke about her book and Ladd at a presentation and tea at the Chester Library, 250 W. Main Street on March 31. She will also host lectures and presentations at Natirar on Sundays during the spring.  Ticketing and more information will be available at her website, www.findingkate.com