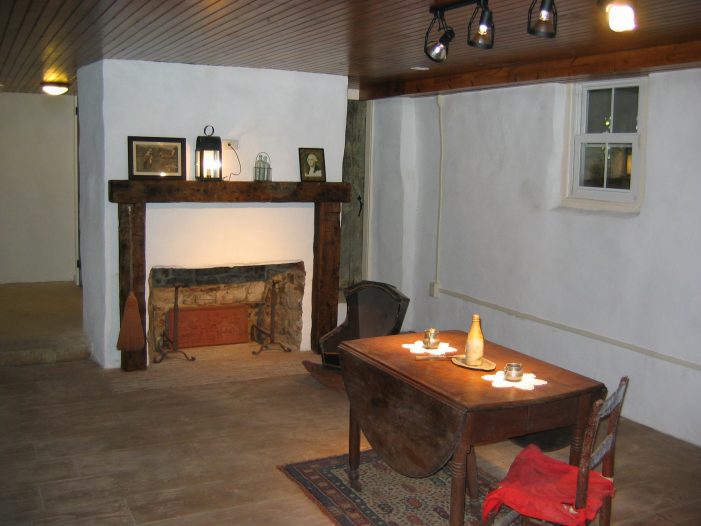 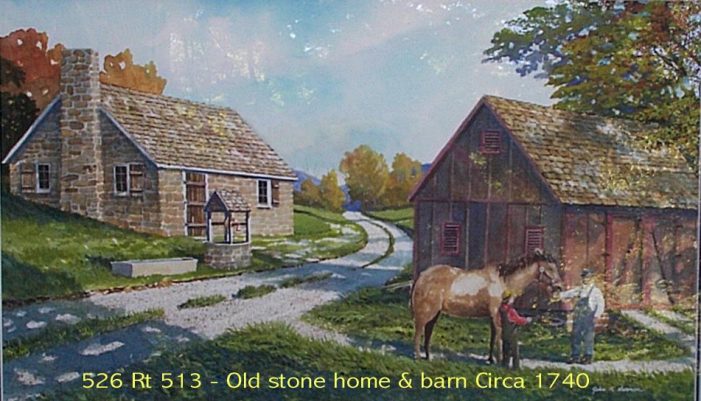 “The first thing you can do is to field measure a building to create a visual representation of what you’ve got to work with,” Asdal says of when he first purchased a property. “When we field measured the Inn building, I found a box shaped room that had 18” walls in the basement. Well, that box space would never have been built like that because it’s too much work to build an interior wall of 18” thick stone. I said, ‘This isn’t right,’ and we looked at it and we looked at it again. Asdal pauses, then says slowly, “It was the original house, nested within this Victorian.”

Underneath the Raritan Inn was a home built in the 1730’s. 164 years later, “They took the roof off and built this Victorian on top of it,” Asdal says. “But the original core house is still down there. The original house is now restored within the larger home.”

Asdal, seeking to turn the clock back to see what the original house looked like in 1740, hired John Swanson, a retired industrial illustrator from Whippany, whose vocation was drawing houses. Swanson came out and measured, and with brush and watercolors created a vision of the original homestead. The current barn on the property is from 1855, but inside there’s a frame of a much earlier barn from the 1700’s.

Swanson’s work of art hangs on the Raritan Inn dining room wall. “So that house is in the basement, and that barn is within that barn,” Asdal says, pointing to the painting and to the current structures.

Asdal leads a visitor down a very steep set of stairs to the original house and shows a visitor the original home, and begins to describe the work done in 1896. He speaks about other properties he’s encountered, and the vibrant history at those properties – in addition to structural oddities. “Lots of things,” he says, “including lifestyle clues from pre-colonial folks. In Chester, a 1738 English half cent speaks to the British rule of the era. A simple coin that would otherwise not be there. I don’t mind personally raking everything out when we’re all done grading, because that’s when you churn the topsoil back to a finished grade. Topsoil aggregates at a rate of 1” per 100 years. So, if you’re down 10”, your back 1,000 years. You may find arrowheads, or spear points – so if we’re turning something over and the property is 200 years old, a couple of inches might be hiding clues to the past. Sometimes we’ll use a metal detector, but hand raking is phenomenal for the closest look.”

Asdal was also bewildered to find leather shoes hidden within walls. “I said to myself, ‘This is odd.’ And then there were more at another house.” His find, although fascinating, was also heartbreaking.  “And I mean that sincerely,” Asdal continues. “To see the wear pattern when looking at these kids’ shoes. The outside was heavily worn, and the inside, the heel, not so worn. This kid must’ve been walking bowlegged. Now, was this because the nails were coming through the shoes? I’m sure you’ve seen the little shoe anvils in different sizes. Dad would then cut a piece of hide, nail it on and bend it over, and then cut a little piece of felt for the inside.” Asdal had found shoes in three different buildings he was renovating. “They would put the shoes in the wall for good luck. Who would ever think of that? I found them at the house next door here, I found them at 359 Vernoy Road when gutting something out, and we’ve found wonderful examples of plaster and lathe, different pre-colonial styles, including a basket weave pattern.” The craftsmen of that time were hardworking and inspirational. Asdal has also found lots of old glass bottles, some from the 1700s, much more from the 1800’s, and the attic of an old home in Chester unveiled a pre-Civil War man’s woolen cape. “Big, old, hand-stitched buttons,” he says. “It may not have been military, but it was vintage, and well worn. And, in the attic of a property in Mendham, a handmade wooden canteen marked 1778. Cork-topped, wood on the sides, solid oak bent around the perimeter.”

For Asdal, the living history of structures, and his occasional finds interest him deeply. “It’s the discovery of knowledge,” he says. “Where possible, I choose to live in the moment of the discovery of knowledge, whether that is discovering history through building craftsmanship or artifacts left behind. Sharing the passion, enlightening all to things that they may not otherwise see, and suddenly, you’re there living in the past. I can bring you there, and that’s a very exciting moment.”