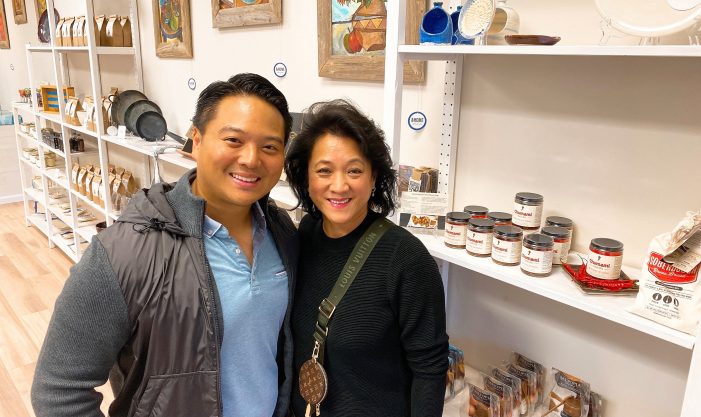 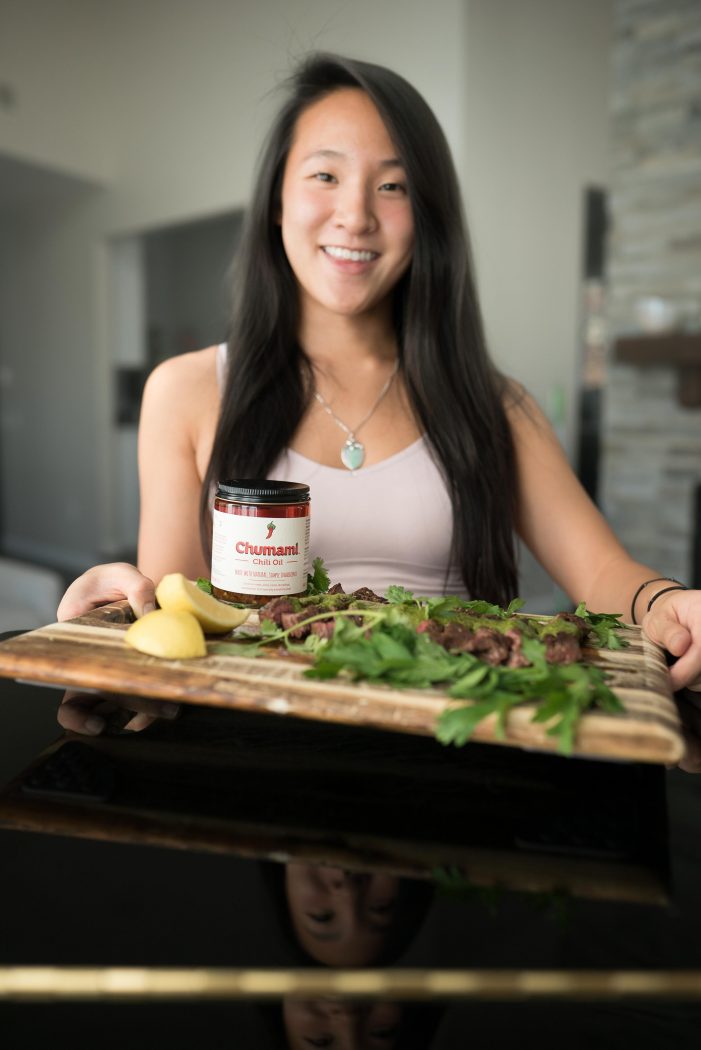 Chumami Chili Oil is the three-generation family recipe that complements a sandwich, entrée, vegetables, and more.

It’s something Long Valley brother and sister duo Jessica and Herman Chu are proud of. They launched the product in early 2020, and although COVID19 squashed any hopes for in-person activities, they shifted gears and focused on a digital presence.

Chumami Chili Oil is made of ripe bird eye chili peppers, savory dried shrimp, and spices. “When you smell it, you’re like, ‘Whoa – there is definitely amazing aroma coming from this,’” says Jessica Chu. “And then that combination of the savory and sweet, spicy chili peppers as a really nice complement without overpowering a dish. I think that’s the key thing that we’re trying to share with others, that you can have Chumami by dousing it on your dumplings or noodles or have it as a dish alone. But if you want to just  enhance or complement a dish, it won’t mask the original flavor.”

The Chu’s grandfather, Robert (“Agong”), was a chef at the only Chinese restaurant in Kent, England. He used  the product in his cooking. “My grandfather really wanted to create that spice and wanted the flavor to enhance the dishes,” says Chu. “Originally, he was actually creating it for the staff in the back that wanted a taste of home.” Kit, affectionately known as Momma Chu, the duo’s mom, who also has had a fondness for cooking, at an early age learned to make the chili oil and perfected it through her own refinements while gifting it to family and friends (who asked for more), and Jessica and Herman changed the ratio between chili peppers and oil. “We wanted to really keep as close to the original as possible,” she says, “but we wanted to appease people by making sure they’re getting a lot more chilis versus the oil, and we love that just as much as well.”

The product sometimes has detractors. “Oh, my goodness,” says Chu, “it happens all the time,” referring to folks who refuse to try the chili oil on their food. “It’s so funny. People sometimes say, “Oh, I’m not into spicy food, and I know this is really spicy.’ But when they taste it and understand the flavor profile it brings, they’re able to eat it. Someone was telling me that they have certain sensitivity in their throat, and they weren’t able to eat a lot of spicy foods. But just taking a little bit of the oil and placing it on a chip to sample the food, their eyes lit up and they were so pleasantly pleased.”

In 2021, the Chus would love to see Chumami Chili Oil be as popular as Siracha. ‘That’s the beauty of the chili oil market: it’s still in its infant stage, where not everybody knows about it,” says Chu. They plan to work on perfecting the original recipe packaging and delivery, and improve efficiency in the product creation. Of course, post-COVID, another goal is to get out in front of the public at farmers markets and through collaborations with restaurants. “Only true foodies understand, or people who grew up even in an Italian culture; you have some type of chili oil. Some ethnicities have some kind of chili oil. So, that’s how they’re educated about it. But we’re just so excited to see the potential growth that will be happening in the coming years and seeing how people will react.”

Chumami Chili Oil, created at Garden State Kitchen in Orange, is sold online at chumamichilioil.com and mynjgourmet.com, or at Andhome in Chester.