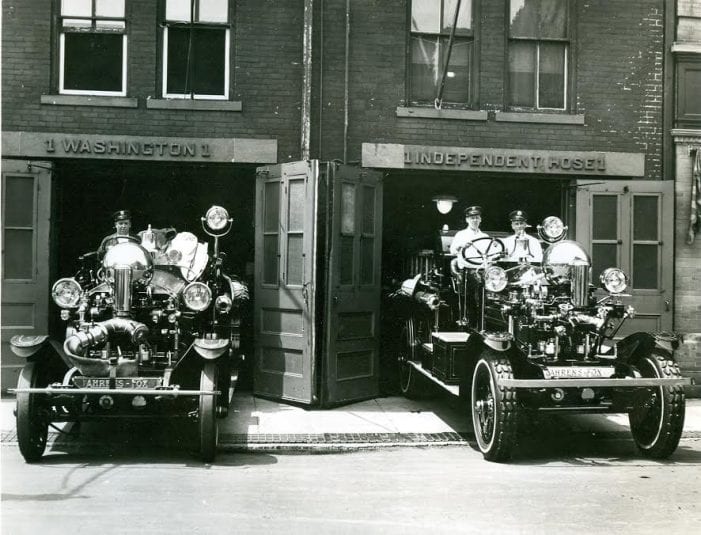 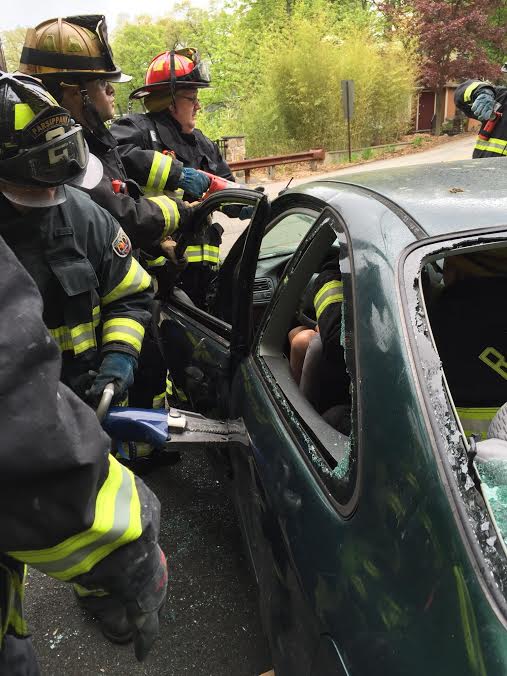 (Morristown, NJ)—The new exhibition Community Helpers: Firefighters opens at the Morris Museum on December 15, 2018 celebrating the central role that professional and volunteer firefighters play in safeguarding the people, property, and well-being of our community. It provides a look into the lives of these emergency rescuers, illustrated through historic and present-day safety equipment, apparel, and vehicles. Over 125 objects are on exhibit, drawn from the collections of eleven fire stations and several firefighters across Morris County. In addition, interpretive displays explain the physics of combustion and how firefighters structure their teamwork. This family-friendly exhibition will be on view from Saturday, December 15, 2018 through Thursday, February 28, 2019.

Community Helpers: Firefighters is organized under two general narratives. “A Day in the Life” documents the sequence of actions that occur to put out a fire, from the moment an emergency call comes in until the fire is completely extinguished. A hands-on display details the highly coordinated teamwork among Command, the Search Team, the Hose Team, the Vent Team, and the Firefighter Assist and Search Team in combating a blaze. Documenting these actions are the tools of their vocation: helmets and turnout gear (personal protective equipment and apparel), breathing apparatus, radios and call boxes, hydrants and valves, hoses and nozzles, and other special case items.

The “History of Firefighting” provides a context across time for the fire service we know today. A short timeline outlines important events and technological advancements from its inception in the late 1600s to the present. This section of the exhibition features non-emergency apparel, such as daily wear, parade wear, dress uniforms, ceremonial bugles, and badges. Throughout the galleries text panels chronicle the histories of the eleven Morris County fire stations and companies that have loaned work to this exhibition.

“There is a deep sense of pride among all fire departments in their individual histories. Their personal stories and collections reveal deep bonds to the fire service and the local community,” states Anne Motto, Assistant Curator of the Morris Museum. “For many firefighters it is a life-long calling. For others it is a family tradition, passed down from generation to generation. The Morris Museum recognizes and celebrates these committed rescuers for their valiant efforts, their passion for their work, and their vital role in serving the community.”

The very first firefighters were volunteers ─ those civic-minded citizens who dropped everything to run and help when the alarm sounded. Today, dedicated volunteers comprise 70-80% of firefighters in the United States. In recent years, however, these numbers have been in decline, so those in the fire service are actively seeking ways to engage the next generation. “I feel this exhibit is a good way for the community to understand that most of the departments in Morris County are volunteer, not paid,” states exhibition advisor Captain Corey Martin of the Rainbow Lakes Volunteer Fire Company. “People can learn about what’s going on in the fire service. And maybe it helps a department get someone to join, perhaps someone who is thinking about it. That’s what it’s really about, getting the community involved. That helps everyone.”

Fire Departments and companies lending objects to this exhibition include:

Firefighters with a valid ID, receive a reduced rate of Admission to the Museum for $5 during this exhibition.