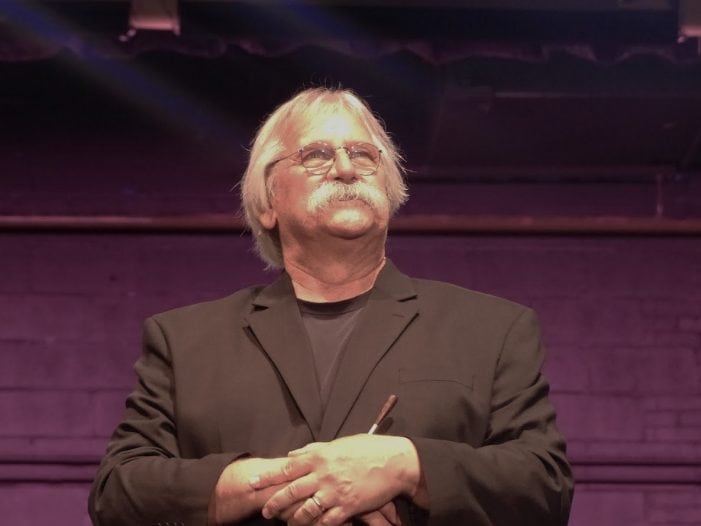 By Stefanie Sears
Students at West Orange High School involved in the music program got to enjoy a one on one experience working with a professional composer this past school year.
While funds are not readily available to continue such a composer in residence program annually, organizers hope to orchestrate such similar opportunities in the future.
Lewis Kelly, West Orange High School director of bands and director of the wind ensemble, instated a brand new WOHS Music Boosters funded Composer-in-Residence program just this year and invited Bruce Yurko to participate. 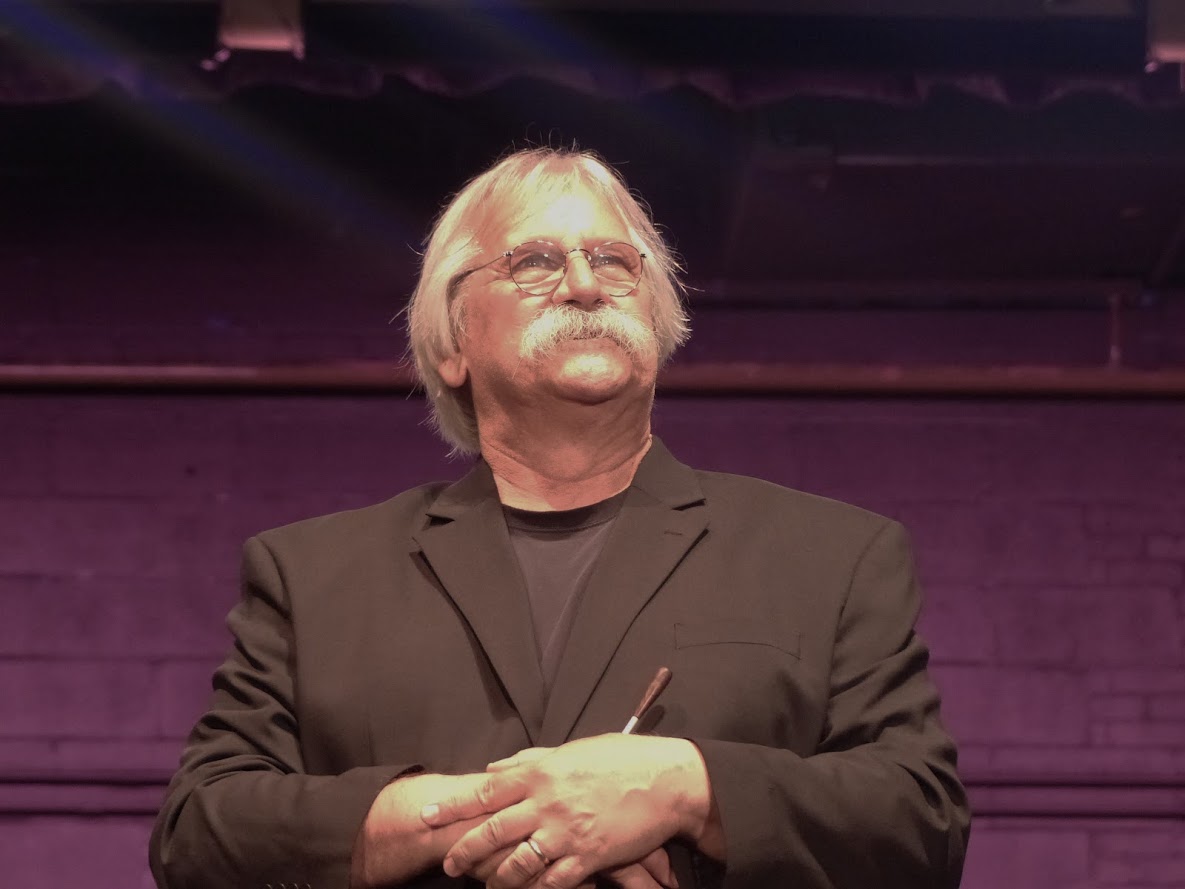 Yurko led the Cherry Hill High School East Wind Ensemble, Orchestra, and Chamber Music program up until 2005 and also conducted the Cherry Hill High School West Wind Ensemble. He was director of Bands for both Cherry Hill East High School and Madison
High School and now currently serves as an adjunct professor of music at Rowan University, where he teaches composition, and Messiah College.
In addition to these and his many other credits, Yurko can now add West Orange High School to the list.
“Lew contacted me with the idea of a composer conducting his compositions for band with each of the four bands at West Orange High School,” said Yurko. “It is very exciting for a composer to guest conduct his music and with the excellence in the band program at
West Orange High School. I was honored to be asked.”
According to Kelly, the purpose of this program is to give the students an opportunity to interact with a composer one-on- one.
“When students play concerts, they very rarely even know much about the composers of their compositions,” Kelly explains. “Our students had the chance to meet and interact with Bruce Yurko over the course about six months. They learned about his music directly from him.”
Kelly has known Yurko, a now retired New Jersey band director, for almost 20 years through serving on the All-State Band Committee together.
Yurko came to the school to rehearse with the students many times throughout April and May. For the Spring Band Concert, which took place on May 30, Yurko guest conducted his own pieces for each band: “Alla Marcia, a Concert March for Band” with the
Freshman Concert Band; “Old Castles” with the Concert Band; “Night Dances for Wind Ensemble” with the Symphonic Winds; and “‘e.e. cummings’ poems for wind ensemble” with the Wind Ensemble.
Yurko appreciated the professionalism of both the band-instrumental music faculty and students as well as chatting with students at each rehearsal.
“All musicians were well prepared with my music,” Yurko says, “They are amazing student musicians. The concert was one to remember for all. This is one of the top music programs in the state of New Jersey. Thank you to the administration for fostering musical excellence as well as a complete music education for all of the students.”
However, this was not the first time Yurko has done this for Kelly. A few years ago Kelly and the West Orange High School Wind Ensemble commissioned and premiered Yurko’s piece “Mysterious Dreams for Wind Ensemble” and Yurko was asked to guest conduct.

Unfortunately, West Orange High School does not have the resources to fund this composer-in-residence program annually.
“We hope to in the near future bring in a guest soloist to work with the bands or a different composer,” says Kelly.
Yurko will resume teaching composition at Rowan. In the fall, he plans on debuting another one of his original pieces, “In Memoriam Dean Witten.” Conducted by Joseph Higgins, this composition is in honor of Dean Witten, the head of the Percussion Department. Witten passed away this past year.
“His passing was felt by the entire student population as well as the faculty,” says Yurko, “He was an amazing musician and heart felt human being.”