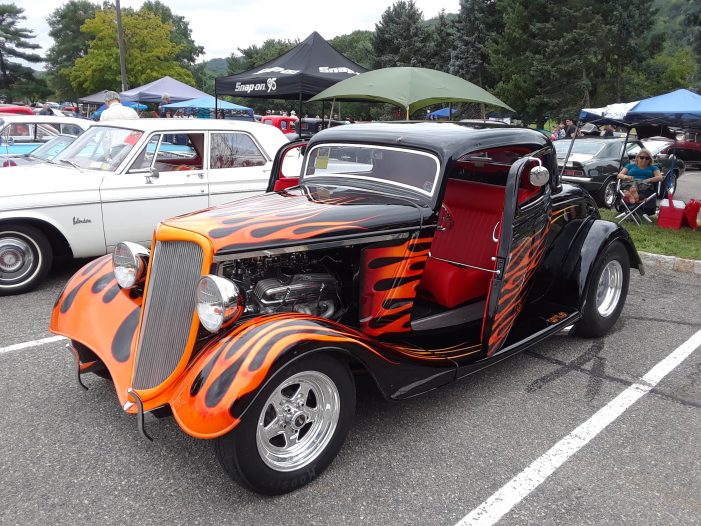 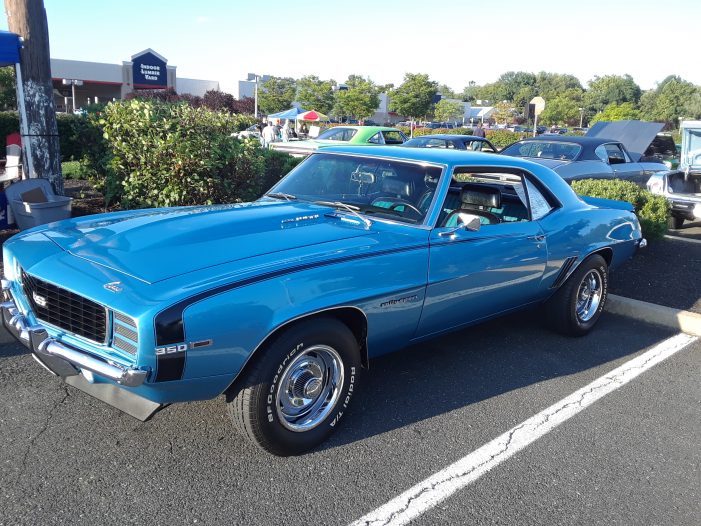 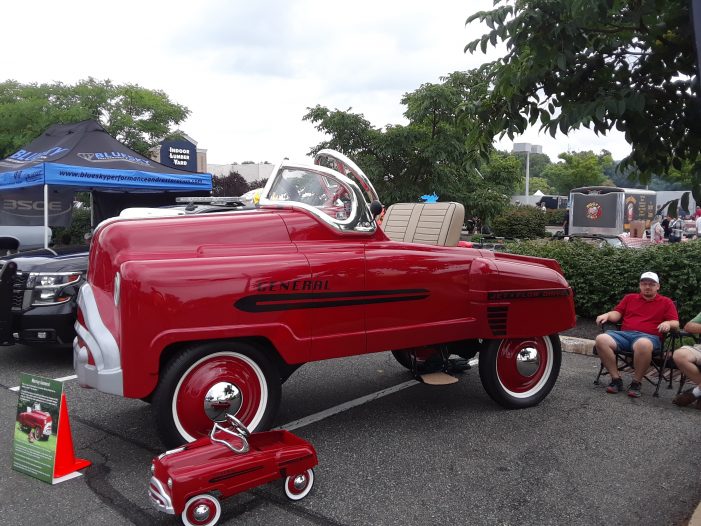 On Saturday, August 17th from 9 a.m. to 3:30 p.m. (rain date August 18th ), The Dukes of Hazard Car, the Batmobile, a Don Prudhomme 1000HP Mustang Shelby and other specialty cars will be on display, while other vehicles vie for trophies. at the Lowes and Wendy’s Shopping Center at 219 Mountain Avenue in Hackettstown.  It’s the 13th annual Cops N Rodders car show, a free admission event for spectators, with a 50/50 going to Smiles for Margaret, a foundation which helps families of children fighting cancer.  Military trucks and emergency vehicles from Hackettstown and surrounding areas will also be on display; plus, there will be music, food and vendors selling a variety of items. Open to all years, makes, and models, there’s a $15 pre-registration fee for vehicles, $20 on the day of show.   Questions about registration can be directed to Ed Barricella, president of Cops N Rodders of North Jersey at 973-945-5287. Recently, Barricella talked about what Cops N Rodders is, this year’s event, and the cause that will benefit from its 50/50.

“Cops N Rodders started about 20 years ago,” said Barricella. He explained that early on, its members were from the military, state police, firefighters, etc. and not only liked cars, but most of them had hot rods, thus how the group got its name. Today, it includes not only those from its original member base, but also regular car enthusiasts. 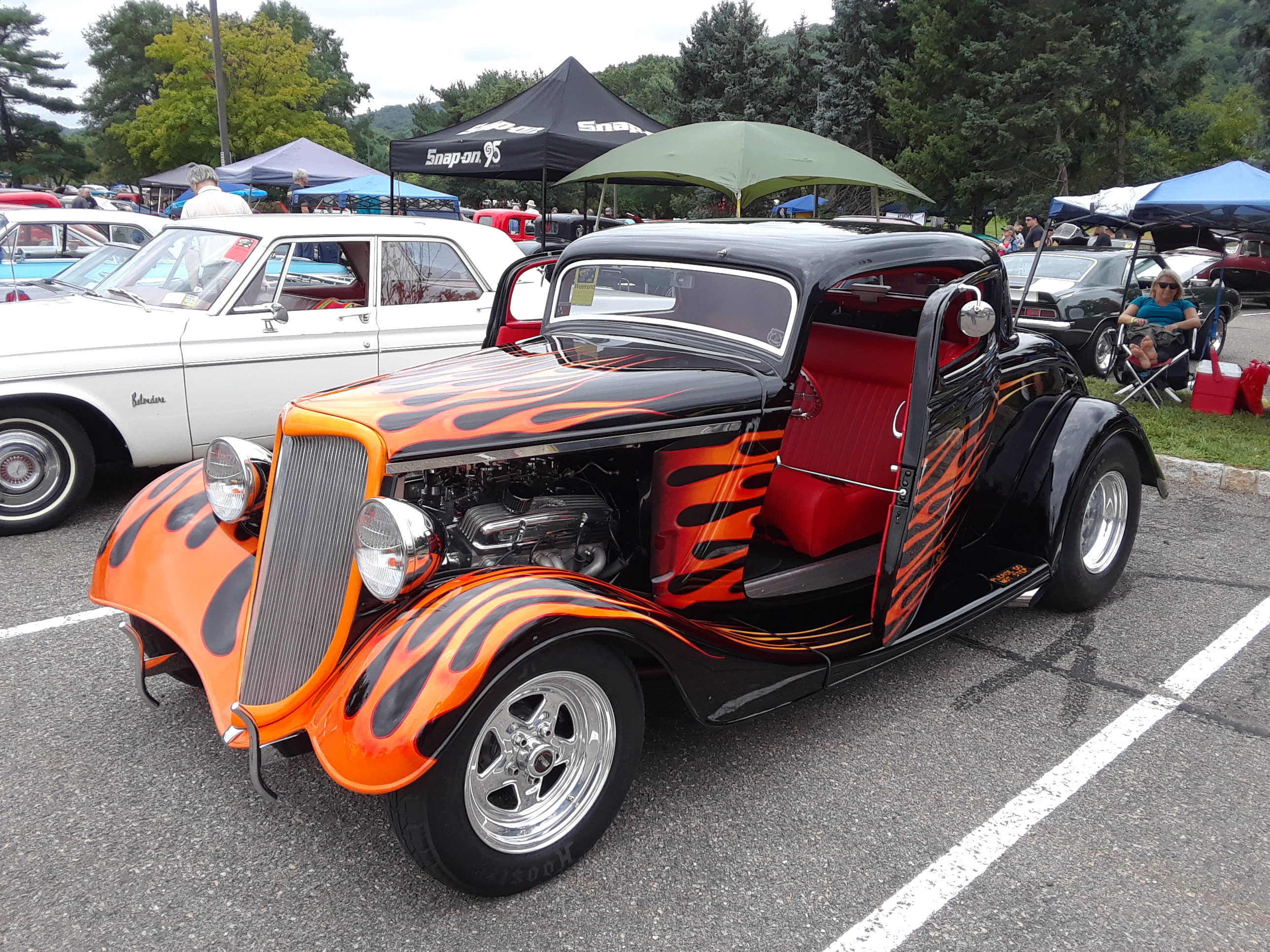 “Last year, we had over 300 cars,” said Barricella when asked about how many cars are expected at the upcoming event.  Trophies and awards will be given out, plus there will be door prizes. In the specialty car areas, besides those already named, will be a car from an episode of tv’s Street Outlaw, a Blue Sky Performance & Restoration car display, a Hillwick Trucking Custom Car and Truck display, and a Valhalla Restoration & Fabrication car display.  Valhalla Restoration & Fabrication is also a sponsor of the event.

A 50/50 will be held benefiting Smiles for Margaret.  Hackettstown resident Margaret Walling was 12 years old when she died of a brain tumor.  Originally, Walling had planned to pay it forward and help other families who had kids with cancer, just as she’d been helped.  Now her wish to help others continues through the non-profit “Smiles for Margaret”.

Barricella explained that when they were younger, some of Margaret’s friends used to have a Pink Ladies lemonade stand at the car event as a fundraiser for her organization. As the kids got older, the Cops N Rodders decided to jump in four years ago and made Smiles for Margaret the recipient of its 50/50, which goes to a good cause.  Also, the car club knows the family, as they are also car enthusiasts. 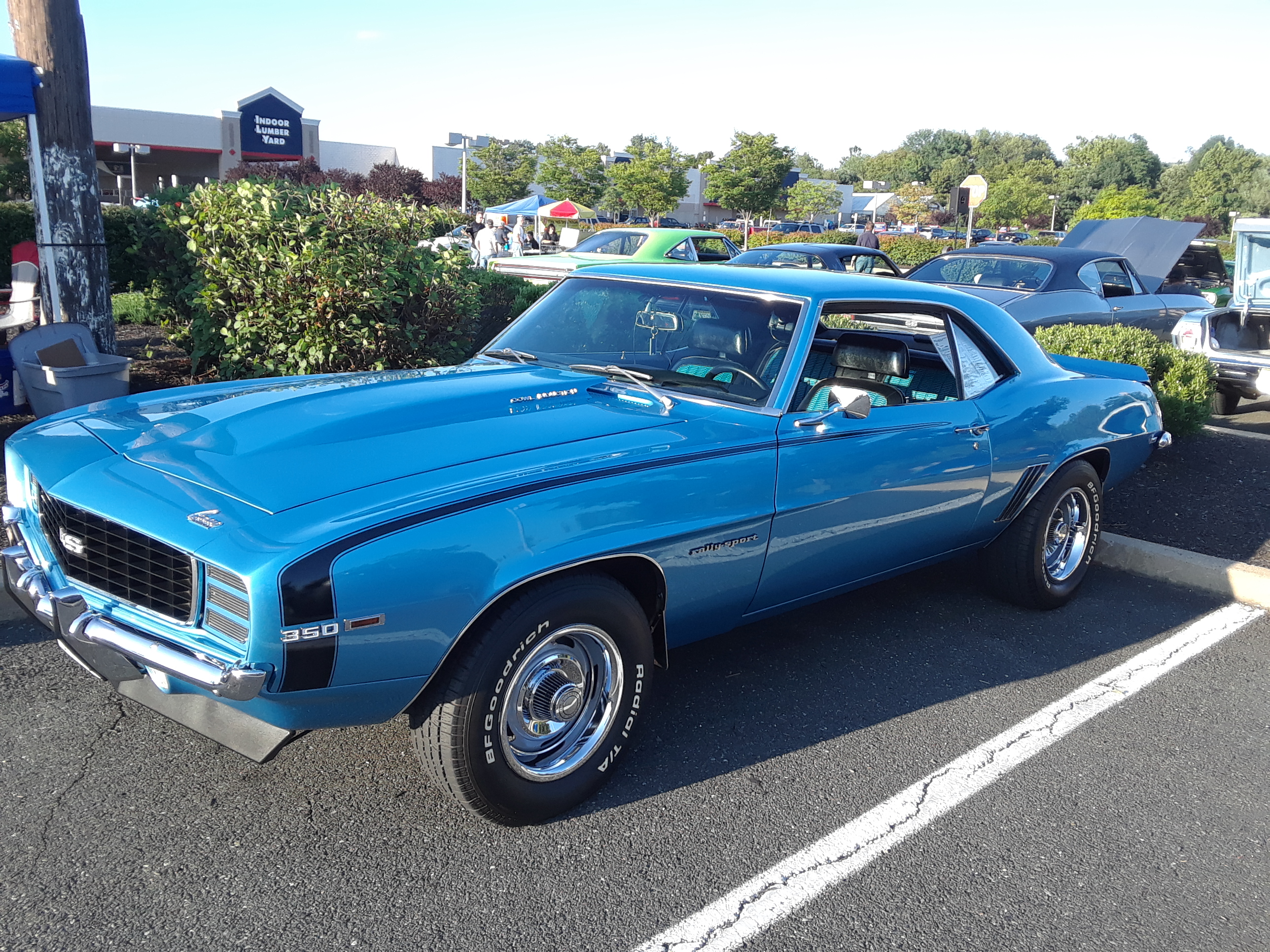 Besides the vehicles and 50/50, there will be entertainment including music by D.J. Cruzn, Chris & Kari s.c.3 Entertainment, Atlanta Cafe Band (oldies and 80’s rock) and Mojohand Band (rock). There will be flamed golf cart rides available from Papa Dan who will take people for a two-lap ride around the lot.  Food vendor Piggy’s Deli will be on hand, and about 60 other vendors are expected, selling a variety of items such as kettle corn, hot dogs, Jax Wax, die cast models, and more. Vendor spaces (20’ x 20’) are available for a $20 pre-registration fee. Set-up is 7 to 7:30 a.m. on the day of the show.