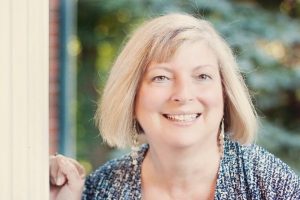 The County College of Morris (CCM) Board of Trustees held its first meeting of the new year on January 25, welcoming award-winning entrepreneur Donna Pepe as its newest trustee. The veteran public relations and marketing specialist, who built several successful companies, was appointed to the board by New Jersey Governor Phil Murphy.

During her career, Pepe spent 10 years at Johnson & Johnson building the company’s pharmaceutical sector’s first in-house marketing communications department. Pepe rose through the ranks at J&J to become its first woman vice president in that sector, creating many award-winning public relations/marketing campaigns elevating the issue of women’s health and making many products into household names. She worked on both of the Tylenol tampering cases, as well as fulfilling many global responsibilities, and sat on three of the sector’s management boards.

In 1992, Pepe founded Communications Strategies Inc. (CSI), one of the fastest-growing independent marketing and communications agency in New Jersey with the company motto “Because Experience Matters.” CSI landed it first big product, Claritin, within two weeks. She applied her signature approach to the project and began focusing on women as the gatekeepers for family health. CSI garnered more than 100 awards including Bulldog Reporter – Healthcare Agency of the Year (Gold level) and Small Agency of the Year (Bronze level).

Pepe has given countless volunteer hours to various organizations at the county and state levels. Most recently, she spent the past four years creating and rolling out a rebranding campaign complete with TV, radio, social media, and print advertising for CCM.  Pepe was a long-term member of the Healthcare Businesswomen’s Association, served for three years on the board of directors at Dress for Success Morris County and was a founding member, secretary, and chair of public relations and marketing of Emerge New Jersey. Emerge New Jersey named Pepe “Volunteer of the Year” in 2015. Among her many accolades, Pepe was also named by the National Association of Female Executives as one of their “Women of Excellence.”  The Women’s Fund of New Jersey named her as a “Woman of Influence in Communications.” She was one of the first women awarded the “Best Businesswomen in New Jersey” award by NJBIZ. Pepe was recognized by New Jersey Monthly magazine as a “Garden State Woman of the Year” and a leading woman entrepreneur.

Her husband, the late Thomas A. Pepe, served on the CCM Board of Trustees from 2009 through 2013 and was reappointed in 2015. For the last year and a half, he was chair of the board and was also member of the CCM Foundation Board and a council member of the New Jersey Council of County Colleges.