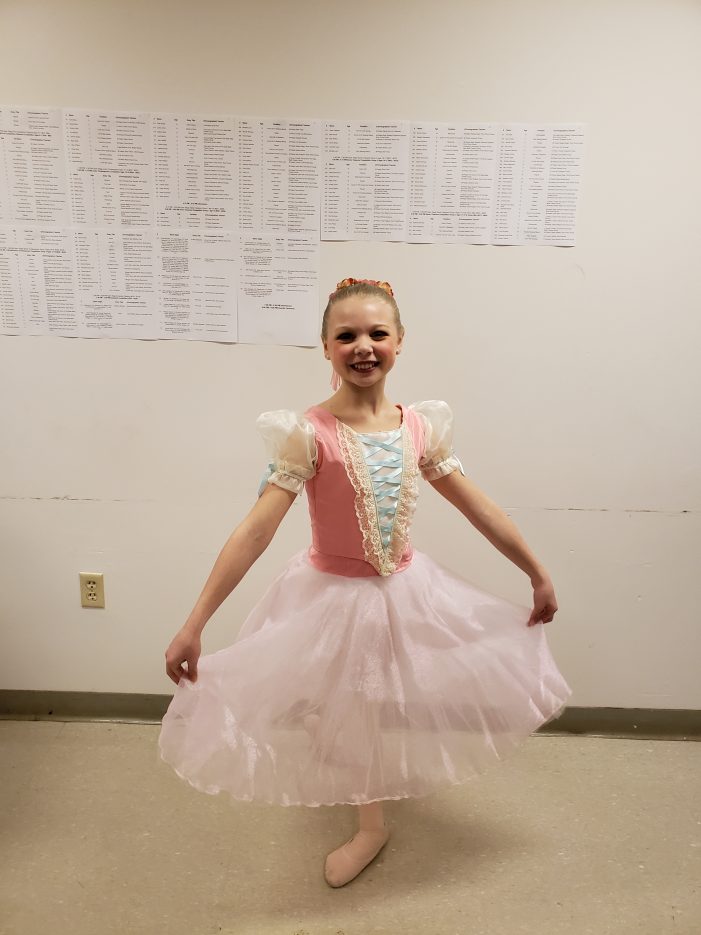 YAGP is one of the most prestigious dance competitions in the world. Now in its 20th season, it’s open to male and female dancers ages 9-19 in 3 age categories: Pre-competitive (9-11) Junior (12-14) and Senior (15-19). In each category dancers can compete in the contemporary and/or classical competition.

“YAGP was a wonderful experience,” said Papendick. “I feel I learned so much, and I know it will help me grow as a dancer.”

Papendick began training at the Hackettstown-based NJSDA at the age of three. The last two consecutive years she played the coveted role of Clara in New Jersey Civic Youth Ballet’s (NJCYB) production of The Nutcracker and she danced at the American Ballet Theater Summer Intensive in NYC. This year she was accepted into the School of American Ballet’s Summer Intensive.

Among ten students invited by NJSDA to participate in the Philadelphia regional semi-final, Papendick performed the Swanhilda variation from Coppelia. This is known in the industry as a difficult variation, especially for someone of such a young age. Papendick’s performance showcased a combination of her dance strengths and her acting skills with a short acting scene halfway through the variation. To achieve this level of skill, Papendick increased her busy 13-plus hours per week regimen by another full hour. The two-minute variation was her only time in front of the judges, earning her first 1st place among the 31 dancers in her category.

“This is a major accomplishment for someone Maya’s age and I am immensely proud of her,” said Alex Thorpe, Co-Owner/Co-Director of NJSDA. “It was an honor to coach her in the four months leading up to the competition. She worked so hard to perfect every little detail of the variation and it paid off. She truly deserved to win!” Papendick has one more year to compete at this level.

The regional finals are held worldwide throughout the year culminating in finals to take place in New York City in April 2020. Papendick’s score did not automatically qualify her to participate in the finals yet she may still receive an invitation to compete.

A second NJSDA student who participated in the competition, Sophia Musal, 14, of Mount Olive also received accolades from the judges. Although she did not place in the junior category, at the judges’ recommendation, Musal earned a spot in the Bolshoi Ballet Academy Summer Intensive which provides expert training for serious ballet students ages 9-14.