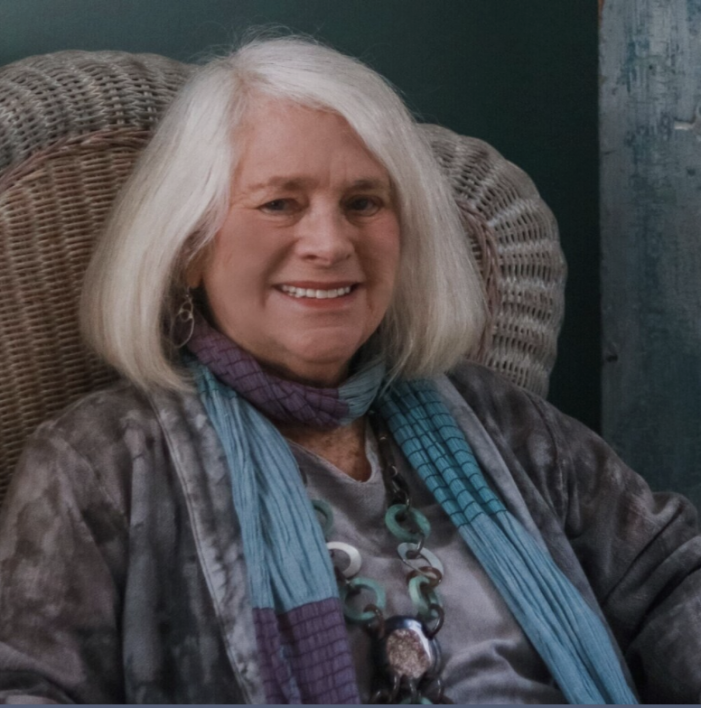 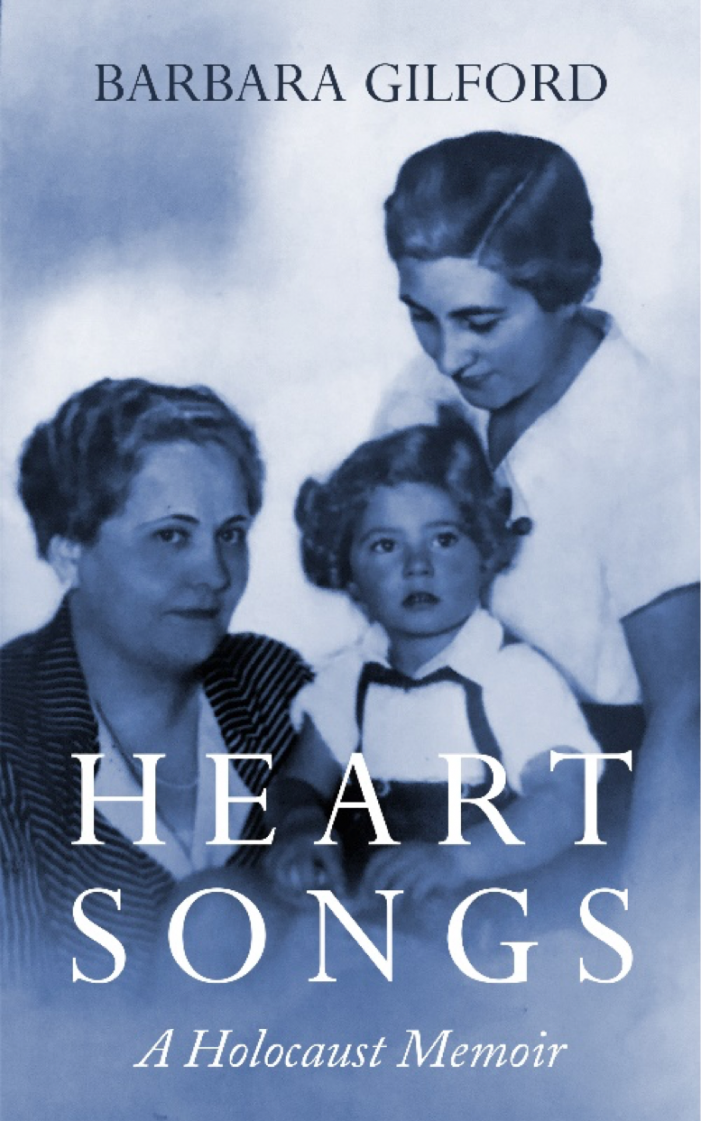 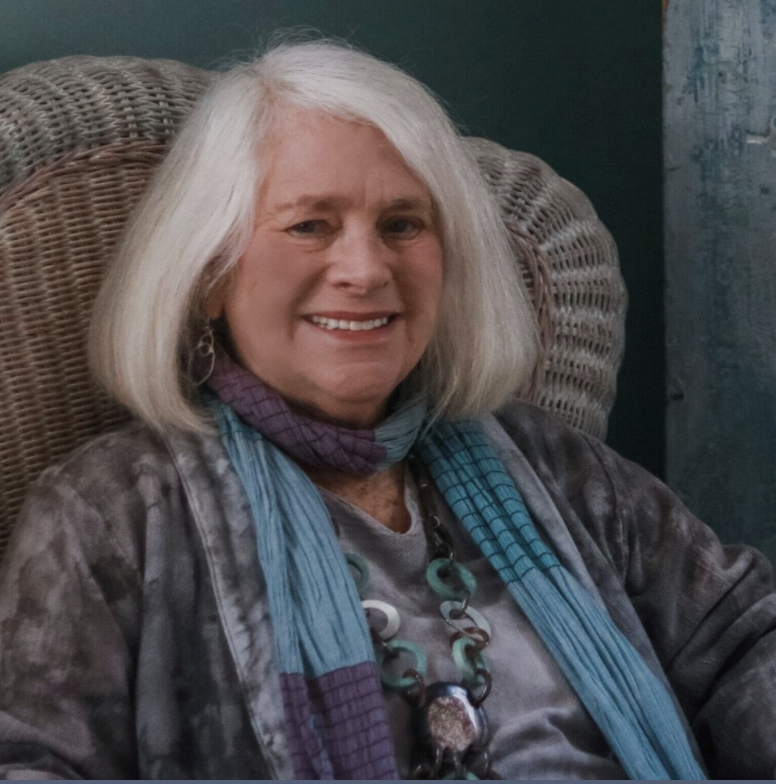 She takes us on an epic journey through her childhood and the heart-wrenching loss of her grandmother, aunt and cousin in concentration camps, and her father who escaped — bringing them back to life with love in “Heart Songs – A Holocaust memoir.”

“I was compelled to give my family the memorial denied to them,” says Morristown author Barbara Gilford. “They lived, they mattered, and I received a legacy of love from them through my father. Every Holocaust memoir stands as a bulwark against the legions of Holocaust deniers.”

It was while cleaning out an old cabinet that the author discovered her unknown grandmother Clara’s last letters (written in German) and learned of her relentless efforts to obtain a visa outside Europe’s borders, as well as her father John’s monumental efforts to save his mother — who maintained an inconceivable optimism despite separation from her beloved family and an uncertain future.

“The moment I discovered them (the letters), I was both ecstatic and deeply moved,” Gilford says. “Kerstin White, a writing-friend, fellow psychotherapist and translator, gave me my grandmother’s voice, her thoughts and feelings, a sense of her capacity to love, and her amazing resilience.”

In the end, their lives and their individual, unique selves cannot be eclipsed by the tragedy and circumstances of their deaths, according to the educator and psychotherapist.

“They exist together in life and in death and their memory lives on in our very selves and in our souls.”

She calls the book process, from inception to press a deeply emotional experience filled with ‘longing, loss, grief and enduring love.’

“Writing Heart Songs was fulfilling beyond words,” she says. “My book is the Buchsbaum family memorial and it will exist for many years to come.”

On a lifelong quest to understand how people handle loss and suffering has fostered in Gilford a deep appreciation for the strength and resilience embedded in the human psyche and spirit.

As a second generation Holocaust survivor, it was a profound experience for the author to travel to see the sites where her grandmother and the rest of her family lived and died.

“I shed copious tears at Auschwitz and Treblinka, and depended on hugs from family and friends for comfort,” she says. “Using psychological theory evolved through the process of writing the book.”

According to the author, growing up in post-war Germany and in the United States with antisemitic incidents and a very limited community of Jewish people — finding her Jewish identity and managing any issues of self-esteem and not belonging because of what her family endured has been a journey of decades.

“My Jewish identity has become a joyful and profound part of myself through synagogue membership at Temple Sinai in Summit, New Jersey,” Gilford says.

“I believe that human beings have the capacity to keep growing and maturing until the last breath. I feel a strong sense of belonging as a Jewish woman and as a member of the human race,” she says. “When we embrace, not tolerate ‘the other,’ we join in universal human struggles, and hopefully emerge as deeply compassionate people.”

In sharing the story of the author’s family, so tragically lost, she finds deep fulfillment when her readers and those who hear her public talks, respond with a connection to the particulars of her relatives and therefore to the enormity of the Shoah.

“The journey of grief and love reaches my readers now that my family is individualized in their hearts and minds,” Gilford says.

She explored the historical, familial and psychological aspects of the Holocaust in “Heart Songs” through the family history her father wrote, beginning with his grandparents, and ending with his arrival in the United States.

“Throughout my life, he spoke of his family in great detail and gave me, along with photos, his own reminiscences,” says the psychotherapist. “The packet of my grandmother’s letters also contained documents relative to her attempts to emigrate.”

In the mid-1990s, documents obtained by the Soviet Army, as they moved westward during WWII were finally released, according to Gilford.

“I held in my hands the documents of deportation of my aunt, uncle, and cousin who were exterminated in Treblinka,” she says. “That was the single most heartbreaking and even traumatizing moment of my journey.”

Clara Buchsbaum, aunt Gretl and cousin Susi may not have physical headstones to mark their existence, but Gilford celebrates the resilience of three generations of her family who died and those who survived, by ensuring their legacy is forever immortalized through the words and photographs in her book.

“I feel that because of my grandmother’s letters, I do know my family and take from them their example of strength, endurance and hope,” Gilford says.

The educator hopes when people read her book they can come to respect the enormous struggles of refugees today to find safety and the opportunity to develop and share their talents.

“We must apply the tragic lessons of the past and expand our embrace of our fellow human beings desperately striving for refuge and opportunity,” says the author.

Gilford’s book is available for purchase on Amazon.