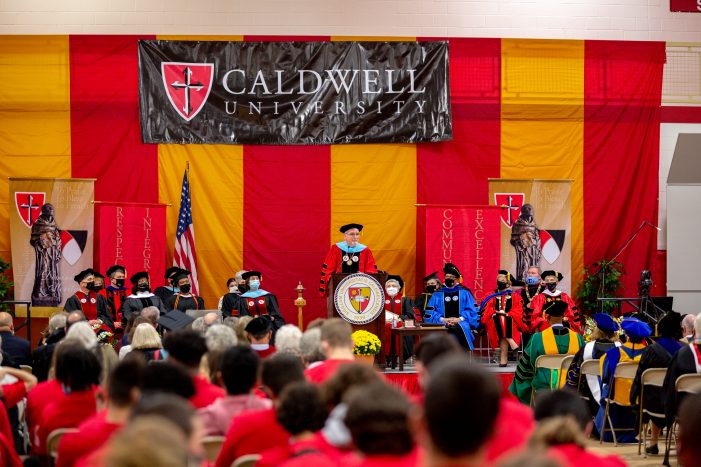 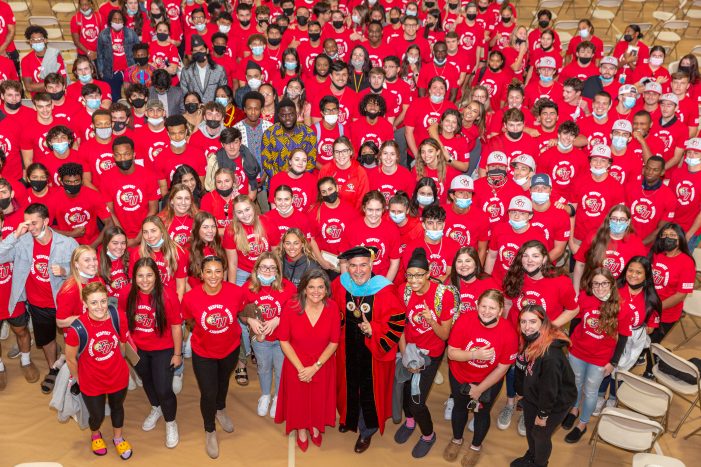 Dr. Whelan has served in the higher education field for over thirty-five years, working in various capacities at schools and universities throughout the tristate area.

“I was inaugurated a few weeks ago, but was officially sworn in on July 1st. The reason for the gap was COVID related, but I like to jokingly tell people that they were taking me for a test drive,” said Dr. Whelan. “I’ve taken over at a time when higher education is facing a lot of disruption for a multitude of reasons, and my plan is to have all of us come together to form a cohesive community.”

“I began my career at Mercyhurst University in Erie, Pennsylvania, which is a small school very similar to Caldwell. From there I’ve worked at various schools, including William Paterson, St. John’s University, Hofstra University, and at Stony Brook on Long Island for the past fifteen years.  At Stony Brook I served as Vice President for University Enrollment Strategy and Relationship Development, working in the areas of student affairs, undergraduate admissions, financial aid, fundraising, facilities and on other key initiatives.”

Dr. Whelan brings a multitude of experience from other roles he served working at both catholic and public institutions. He served as the Director of Admissions & Enrollment at St. John’s and at Hofstra University as Executive Dean of Enrollment after serving for one year as Dean of Graduate Admission. Additionally, at Stony Brook, he served as Vice President of Strategic Initiatives before taking over as VP of Enrollment Strategy and Relationship Development.

In his role as President of Caldwell, Dr. Whelan said he hopes to continue to build on the legacy of the Sisters of Saint Dominic of Caldwell, who founded the school in 1939.

“Our overarching theme, and what I hope to continue to build on is the education of students in the liberal arts and professional programs, to have them think critically, pursue truth, and contribute to a just society, which encapsulates  our mission statement. I want to stick to our core values, which are respect, integrity, community, and excellence, and help students develop sound academic, athletic and social programs. I want our students to become good, engaged citizens when they graduate and go out into the real world.”

Caldwell is a relatively small school, which holds 2200 students, including 1700 undergraduate and 500 graduate students. There are currently 600 students who live on campus.

“When COVID first hit, it reduced our density on campus, but I’m happy to say we never closed our doors to students or went fully remote. We were able to manage safely in a COVID environment. My hope is to build us back up to full capacity by next year.”

Dr. Whelan was born and raised in Denville. He attended St. Mary’s School and Morris Catholic High School and was a student at Mercyhurst University. He and his wife, Kathy, are familiar with the area, as Caldwell was the first town they live in after they were married. The couple have three daughters and a three-year-old border collie, named Lucy.