Denville native’s classical music series a hit in his hometown 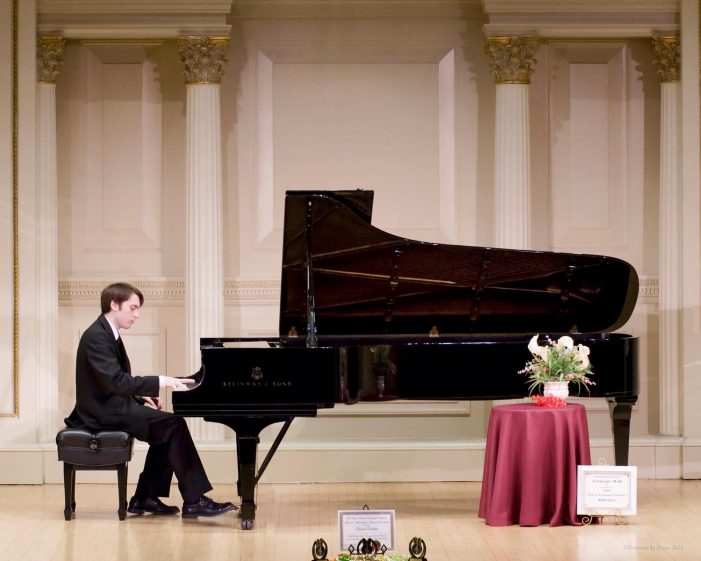 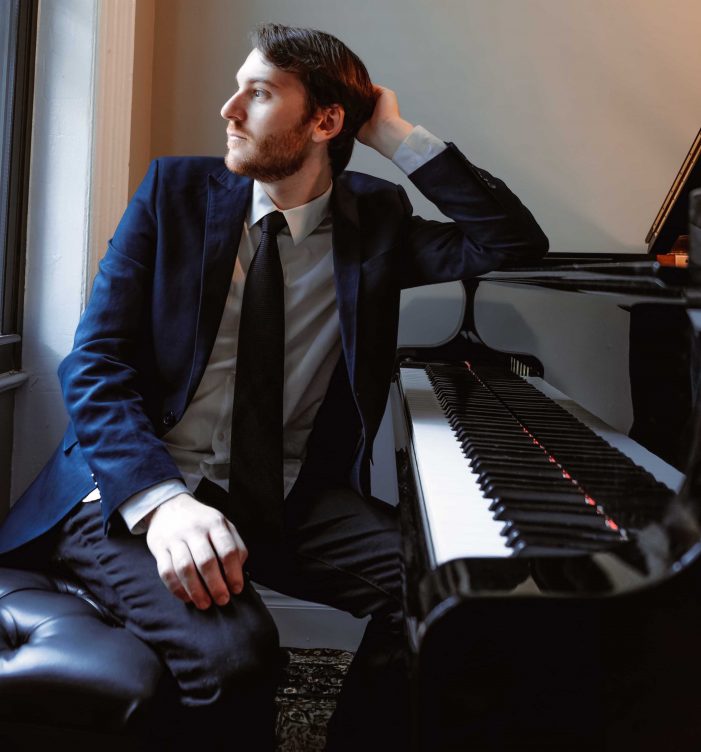 Most classical pianists start training at about five, but Daniel Colalillo didn’t begin playing until the ripe old age of 15. 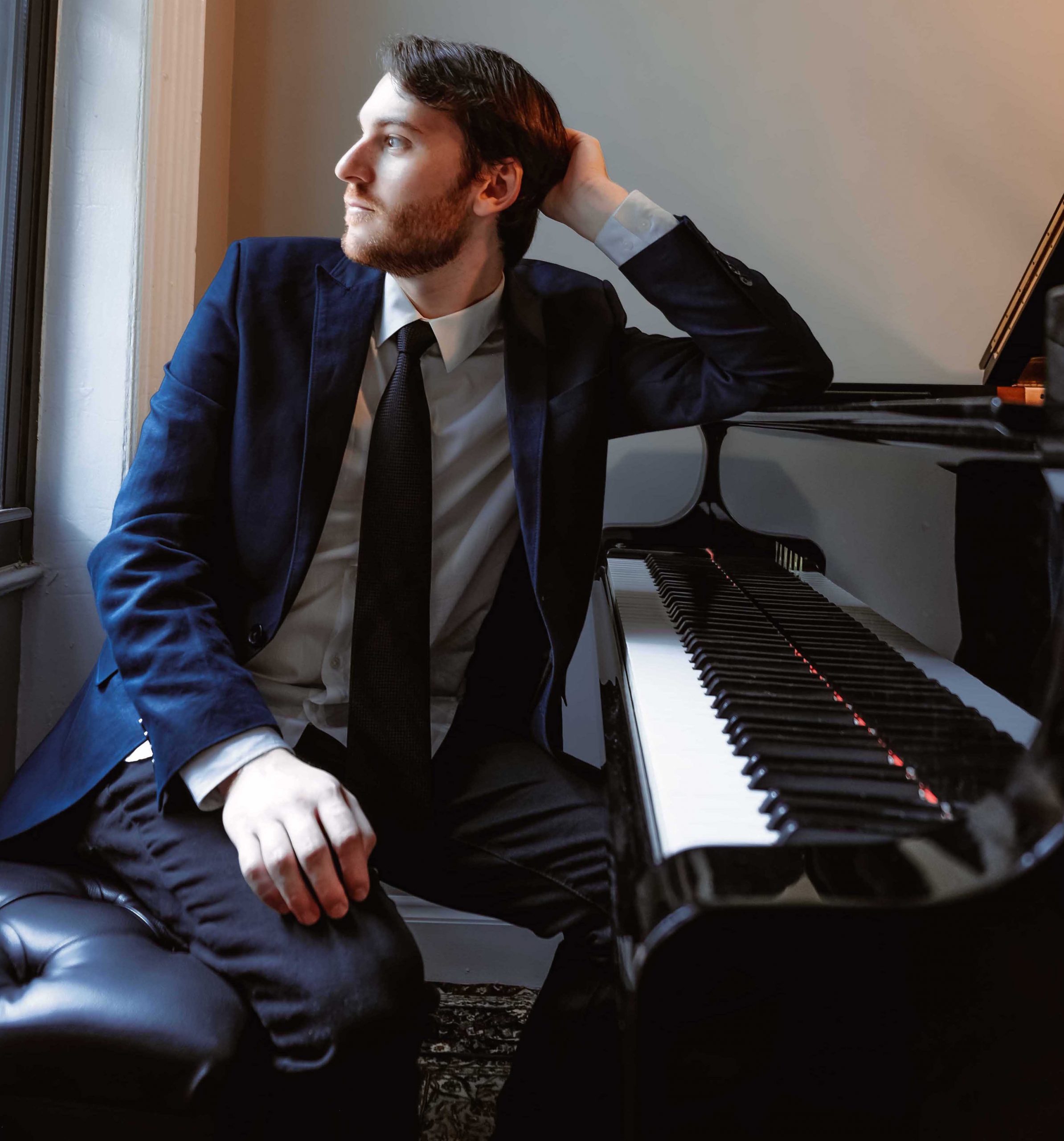 “I took a few lessons as a kid, retained nothing — had no interest and was more interested in drums,” Colalillo says. “So I was a drummer in a punk rock and death metal band through high school.”

Then he started listening to a lot of classical music.

“After that, I started self-teaching; six months later I started studying formally,” says the New York based concert pianist, adding that his start was very unconventional compared to most professional performing classical musicians.

Once at conservatory, Colalillo says everyone had 10 years on him.

“But it didn’t matter because I really had a passion and love for music and no-one had to tell me or force me to practice,” the classical pianist says.

Connor Larkin grew up in Denville with Colalillo and has always appreciated his friend’s raw talent.

“When he and I both started getting into music, he was the one that introduced me to so much of this wonderful (classical) music,” says Larkin, a member of Nina & The Boyz and cover band, The Carni-Vores.

Colalillo graduated in 2014 with a Masters in Piano Performance from Mannes School of Music at the New School, also received a Bachelor of Music from Purchase College: The Conservatory of Music and additional studies with MacArthur Fellow, Jeremy Denk.

When his band disbanded, he thought he’d just play the drums on his own — but it was limiting.

“Something the piano was not,” Colalillo says. “There’s endless amounts of standard repertoire for piano and it’s a solo instrument so you don’t have to rely on others necessarily.”

So in 2017 he recorded his debut album, “Mostly Scriabin.”

This year marks 250 years since Beethoven’s birth and the composer is still relevant.

“There’s concert halls around the world that are continuing this tradition of classical music and Western music,” the pianist says. “(In that vein) I wanted to start a four concert series in Denville — one solo recital and three chamber music recitals in small ensembles.”

Of Colalillo, a Denville resident thinks the concert pianist is very talented and found the first three concerts he attended very pleasant.

“He has some very good qualities and very good potential,” the resident says.

You can catch the artistic director of Classical Keys in his series finale on April 25 at Denville Community Church, 7pm with a Beethoven – Clarinet Trio (piano, clarinet and cello).

“I wanted to bring the performing arts and high-end performances to somewhere like Denville, a smaller community that maybe doesn’t have as much exposure or access— compared to New York City, where there are 30 concerts a night,” Colalillo says. “And create a (vibrant cultural) scene.”

Larkin thinks it’s fantastic that his friend is sharing his gift with their hometown.

“As an owner of The Original Music School in Morristown, I have noticed that a lot of younger musicians don’t seem to have any real awareness of classical music,” says the songwriter/musician.

“People like Dan are giving people the opportunity to learn and experience this rich and deep musical history.”

Colalillo has given solo recitals at Carnegie Hall, Steinway Hall, Bargemusic, Symphony Space, Columbia University and Princeton University; as well as in major cities, including Philadelphia, San Francisco, Nashville, Toronto, Montreal and more, and done work at Manhattan School of Music, Mannes, The Juilliard School, and for Astral Artists in Philadelphia.

“No one really has to be into classical music to go to the concert, just go with an open mind,” the pianist says. “I don’t just play, I really engage the audience and talk about maybe the historical significance of the piece or something that’s interesting to listen to.”

According to Colalillo, if he could transition from punk rock/death metal music to classical music, then someone with more mainstream taste in music would probably be interested.

As a musician, he says the biggest fear one has in starting a concert series is having no-one show up because they don’t see the preparation work that goes into it.

“Especially with chamber music you have to practice individually before rehearsal, then have a bunch of intense rehearsals — and then hopefully on that day you’re both playing as well as possible,” Colalillo says. “So the risk is kind of part of the excitement and that’s what’s great about live music.”

Another township resident loves that the concert pianist is bringing chamber music to Denville.

“It’s our thing,” she says. “So for us it’s not new but we travel for music and here it is close by and it’s very low-key and you can speak with him and the artists.”

She says everyone in the audience is really rooting for him.

“A lot of family members, a lot of friends and each week that we go there are more people coming to listen,” the resident says. “The selection of music is very accessible and he’s (Colalillo) just a lovely young man. We hope that he can make a go of this because it’s a wonderful experience.”