Diary of a Scout Leader: A Sacred Moment in Time 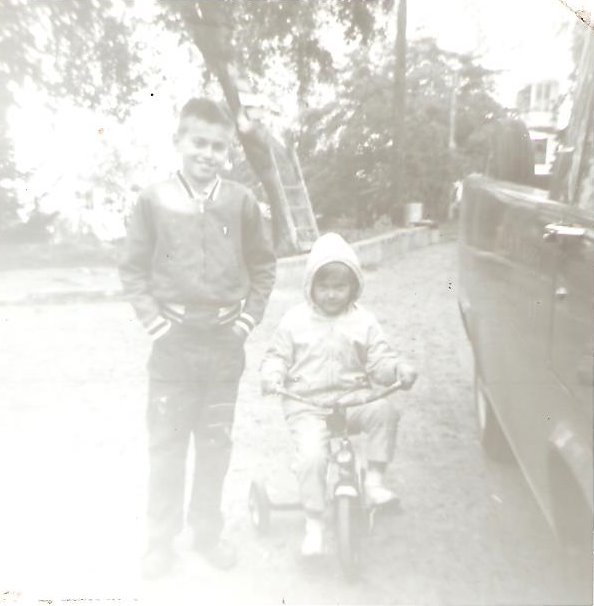 It is Tuesday, the seventeenth of June of 1969. My second day of summer vacation. I am 15 years old and have just completed my sophomore year at Boonton High School. It is my second day of painting the interior of Saint Andrew’s Episcopal Church’s infamous Thorpe Hall. During my lunch break, I hand wrote an essay of what scouting means to me. I plan on presenting it to Mr. Marino, Editor of the Lincoln Park Herald, to see if he sees it is worthy of publication in his newspaper. At about three o’clock I clean up and walk to Moe’s Sweet Shop to buy a couple of comic books. At the sweet shop, Tony Savorti, the town bully, mocks and ridicules me in front of Mary, whom I have a big crush on. I leave Moe’s Sweet Shop and begin my walk home. I walk along the old Morris Canal to the foundation of my great grandfather’s icehouse. I break down and cry. Suddenly, the legendary old great buck deer approaches me, comes close to my face and looks me straight in the eye. I then begin walking the forest path up to the bottom of Mabey Lane. At the end of Mabey Lane, I take a few minutes to look at the home that my grandfather had built, when he was a young man. I hear the whisper of the ghost of Grandpa, sharing words of encouragement with me. Our story continues.

I began walking up Mabey Lane. I passed Mr. Bligh’s old woodshed, where I used to have the patrol meetings for the Badger Patrol, back when I was a Patrol Leader. Then, I passed the old Francisco Canal Home, where the Wilson family now lived. Then, walked beneath the four tall pine trees that bordered Mabey Lane. My grandfather had once told me that his grandfather, William Mabey, had planted the pine trees when he was a young man.

I cut across my backyard. I saw my sister with her friend, Karen Wilson, playing by her dollhouse beneath the old maple tree, where I had built my first tree fort. As if the odds were 10 million to one, my dad drove down Mabey Lane and down to our driveway, in his old Ford pick-up truck, at that very moment in time. Patti ran to greet Dad.

There, just a few yards from my dad and my sister, I stood beneath the towering maple tree. It felt as if I was watching a movie, as Dad got out of his truck holding a big box with a brand-new doll in it.

“It’s Christmas in Summer, Patti,” Dad said to my sister as she gleamed with a shining smile.

“Oh, Daddy, what a pretty doll,” Patti happily shouted to her father.

“That’s for being such a good little girl, while I was away on the road last week,” Dad joyfully stated to his young daughter.

“Look at it Karen! Just look at it, a brand-new dolly! We both can play with it,” Patti said to her neighbor friend, Karen. Karen Wilson was a year younger than Patti. They were best friends.

As I walked to this magical scene, Patti held her doll, high up in the air.

“Look Richie, look what Daddy bought me! A brand-new dolly,” my sister said to me with joyful abundance.

“Wow! That’s a beaut, Patti! What a beautiful doll, you got there,” I said to my sister.

“And, guess what, Daddy’s got something for you,” Patti shouted with effervescent joy.

I saw my father smiling at his daughter. It was a most sacred moment. My dad was such a hard-working man. As an over-the-road truck driver, Dad would often be away for three or four days at a time. It was hard work. Dad was often alone, driving along America’s white lines. But, these few moments of happiness and joy, made it all worthwhile to him.

“That’s right son! You’ve been doing such a good job of being the man of the house, while I was away last week, I figured you deserved a little something,” Dad said to me.

Then Dad reached into his Ford truck and pulled out an AMT model of the 1964 Mustang, the first Mustang ever made. The model was sealed in cellophane, with a very cool picture of the completed car model on the front of the box. Dad looked at the box, for a moment, then handed it to me.

“It was the last one Harold had in his gift shop. It had your name on it, Richie,” Dad said to me as he handed me the boxed car model.

“Gee thanks Dad. Wow! I’d been saving up to buy this one,” I said to my father.

“I figured you were. Oh, I bought a tube of model glue for you and some little bottles of paint,” Dad said as he turned and grabbed a small brown paper bag from the seat of his truck and handed it to me.

“Thanks Dad. I really appreciate this,” I earnestly told my dad.

Then my father reached over to the passenger’s side of the bench seat of his pick-up truck and grabbed a bouquet of brightly colored flowers.

“I can’t forget your mother, kids,” Dad said to us.

“Well, I better go and get inside, I don’t want these flowers to welt up,” Dad said to us as he began walking up the concrete sidewalk that led to the side door of the old Mabey Homestead.

As I watched my father walk up the cement path and climb the four steps to the side door, something touched my heart about this little moment in time. In that moment, I realized that I only had two more years of high school left. Then, after that I would probably go to college, go in the service, or get a job. I would then be too old to put models together. And, moments in time, like this one, would be no more.