Diary of a Scout Leader: Meeting Mary, Once Again at Moe’s Sweet Shop 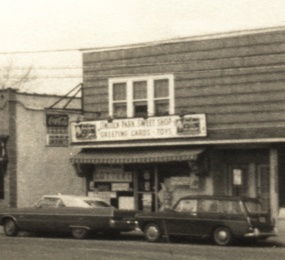 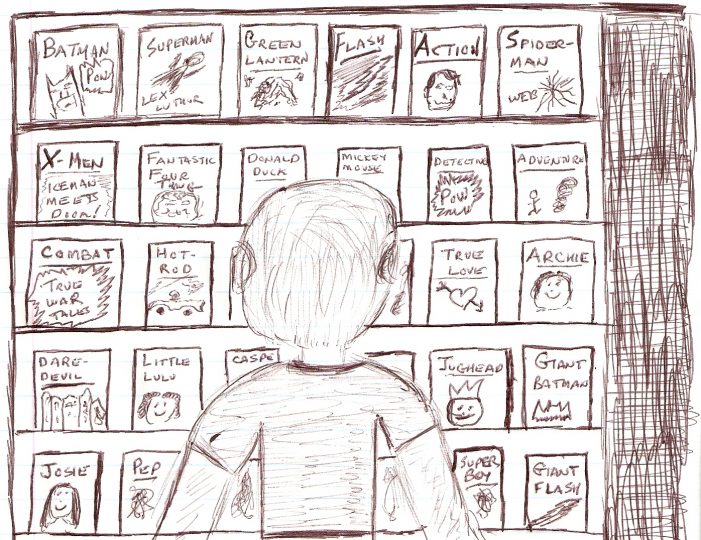 As I stood in front of the comic book display, I think my heart stopped beating for one full second, when Mary Tafano told her friends that she liked me.

Our story so far: It is now Wednesday, late morning, on the twenty-fifth of June of 1969. I had just given my article, about what scouting meant to me, to Mr. Marino, the Editor-in-Chief of the Lincoln Park Journal. I was so very happy that Mr. Marino liked my article and told me that he planned on publishing in his next edition.

Now, as I walked up Boonton Turnpike, to Lincoln Park’s Main Street, I stood at a cross road of sorts. I had a quarter in my pocket. I was deciding whether to save it or to walk over to Moe’s Sweet Shop and buy a comic book. My best friend, Stu, had called me last night and told me that the new 80 Page Giant Batman comic book was now on the news stand at Moe’s Sweet Shop. After inwardly debating for a while, I decided to walk over to Moe’s and buy the newest, big Batman comic book.

I opened the door to Moe’s Sweet Shop and there she was, sitting at a table with a few of her friends, adorable Mary Tafano. They were either sipping coffee or hot tea, I don’t know which it was. But, one thing that I do know, Mary looked incredibly cute. My heart was beating like a big bass drum as I walked by her table and headed to the back of the sweet shop, where the comic books were on display.

As I walked by her table, Mary looked at me, smiled and said hello to me. I sheepishly said hello back to her. Inwardly, I was shaking like a leaf. I made Barney Fife look cool, calm and collected. I had such a painful crush on Mary, but I thought for sure that she was dating the cool cat, Tony Savorti.

“Richie, how’re you doing?” Mary asked me as I approached her table.

I walked over to the table where Mary and her friends were all sitting together. I asked Mary how she was doing and she told me she was doing okay. I desperately wanted to ask her if she was still dating Tony Savorti, but I just couldn’t get the nerve.

Mary then asked me if I had finished painting Thorpe Hall, for my Eagle Scout project. I told her that I still had a long ways to go. Then, what Mary said to me, nearly caused me to faint. Mary asked me if she wanted me to help her with the painting. For one full second, I couldn’t believe my ears. I tried not to stutter, when I told Mary that I would love to have her help me. Then Mary smiled, pulled out a napkin from the napkin holder on the table. She took a pen out of her pocket book and wrote down her phone number.

“Here, call me, let me know when you want me to help you paint,” was all Mary said as she handed me the napkin that she had written her phone number on.

“I’ll do that. Thank you, Mary,” I nervously replied.

Then there was this big gap of silence. The other girls were holding back laughter. One of the girls actually began to giggle.

I told Mary that I had come in to buy a comic book. Mary and I said our goodbyes and I put the napkin in my shirt pocket.

From the news stand, in the back of Moe’s Sweet Shop, I heard the girls giggling. Then Joan, one of Mary’s close friends said, “boys are so stupid. Mary, doesn’t he get it that you like him?” I could see Mary looking over to me as I took the Giant Batman comic book from the rack.

“Oh, he gets it. He’s just very shy,” Mary said to her friend. When I overheard those words, I think my heart actually stopped beating for a moment. I couldn’t believe it. Cute, sweet, adorable Mary Tafano told her friends that she liked me.