Diary of a Scout Leader: The Bully 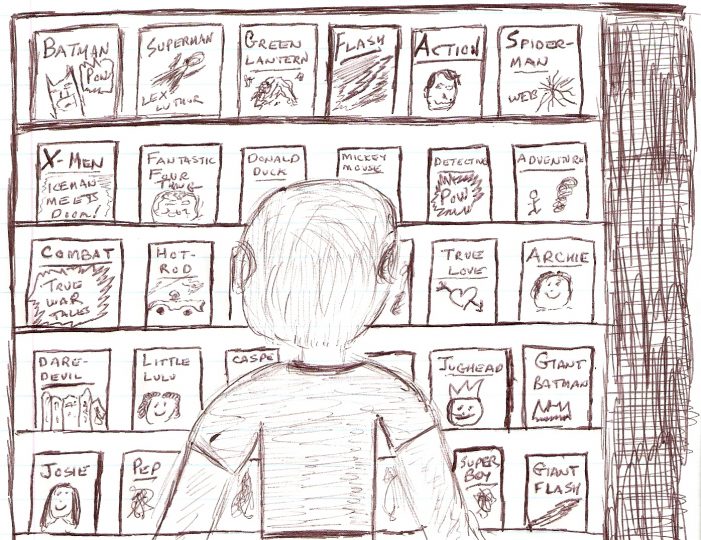 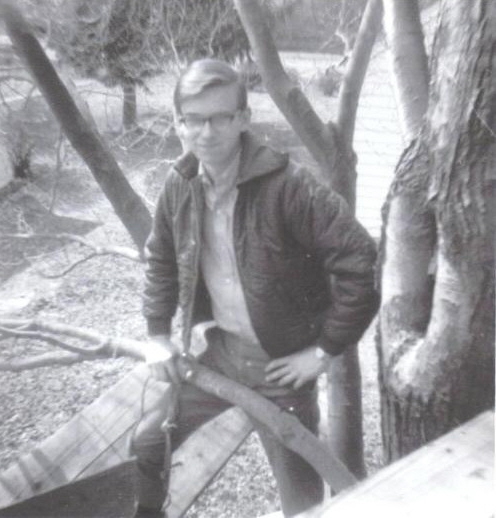 It is Tuesday, the seventeenth of June of 1969. My second day of summer vacation. I am 15 years old and have just completed my sophomore year at Boonton High School. It is my second day of painting the interior of Saint Andrew’s Episcopal Church’s infamous Thorpe Hall. During my lunch break, I hand wrote an essay of what scouting means to me. I plan on presenting it to Mr. Marino, Editor of the Lincoln Park Herald, to see if he sees it is worthy of publication in his newspaper. It is now three o’clock in the afternoon. I am still painting away. Our story continues. 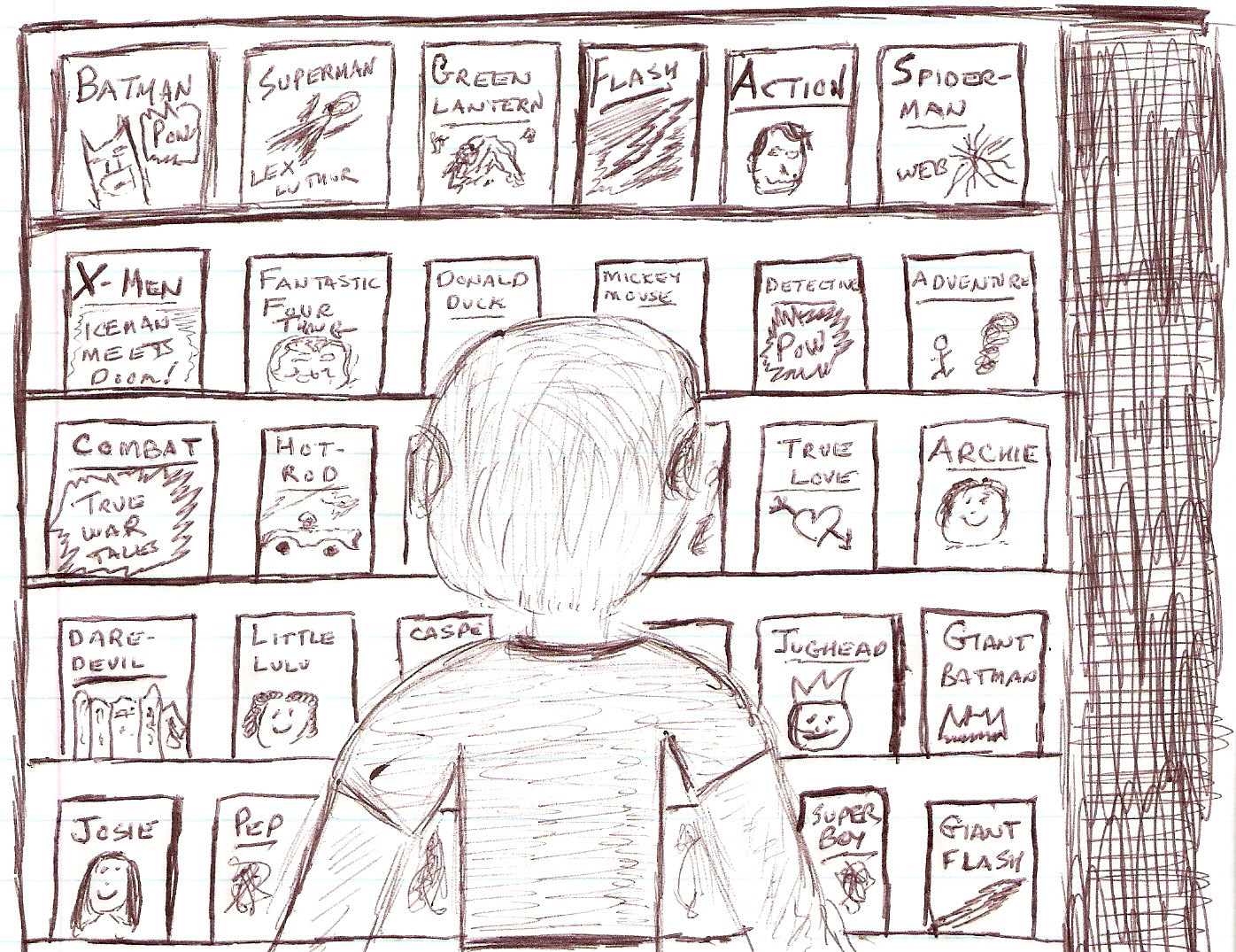 I looked at the big clock that hung just above the kitchen door entrance from the vast emptiness of Thorpe Hall. It was now three o’clock. I decided to give myself a little treat and take a break from my painting, early today. Actually, if truth be told, I had an ulterior motive. I knew that mostly every day, Mary T. met her friends at Moe’s Sweet Shop to sit at the far table for sodas. I was hoping to catch Mary at the sweet shop.

I cleaned all my paint brushes. Securely closed the lid on my open can of paint. And then carefully folded up my blue tarp. I washed my hands with Lava soap in the kitchen sink. My heart began pounding at the thought of possibly seeing cute Mary T. at Moe’s Sweet Shop. I walked out the door of Thorpe Hall, climbed down the steep outdoor stairs and then headed off to Zeliff Place, in high hopes of seeing the girl to whom I had such a hopeless crush on.

I walked up Zeliff Place and turned the corner onto Main Street. The big window of the jewelry store, located just before Moe’s Sweet Shop, acted as a second-rate mirror. I looked at myself in the window and saw my reflection. I was painfully thin, wore glasses and my T-shirt and denims were covered with eggshell white splattered paint stains. I dried off the sweat in the palms of my hands against the sides of my dungarees.

I reached the glass door of Moe’s Sweet Shop and there was Mary T. sitting at the far table surrounded with all of her friends. As I entered Lincoln Park’s landmark sweet shop, I began to walk to the back of the luncheonette to check out the comic books. As I passed by Mary, she waved and said hello to me. I sheepishly said hello to Mary. I wanted so badly to walk over to her table, but all of her friends were there and I was just plain too shy to do that.

At that very moment in time, in walked Tony Savorti. Tony had just graduated from Boonton High. He was a popular boy who had played on the football team. As soon as he walked into Moe’s Sweet Shop, he confidently walked right over to Mary T. and her friends. As I looked over the comic books, I heard Tony starting to flirt with all the girls. And then he sat at the empty chair right next to Mary T. My heart sank a mile and half.

“Hey Mary, watcha say I pick ya’ up Saturday night and we go see that ‘Last Summer’ movie playing at the State Theater in Boonton?” Tony boldly asked Mary T.

“Oh, Mary, I can baby sit for you,” Cindy, one of the girls at the table, told Mary.

And, there I was flipping the pages of the giant-sized Batman comic book. My heart felt like someone had plunged a dagger into its core center.

“Come on Mary. Ya’ haven’t ridden in my hot rod 57 Chevy, since I bought it last week,” Tony confidently said, loud enough that everyone inside of the sweet shop could hear him.

“You got it girl,” Tony brashly replied to Mary.

With the giant-sized Batman comic book in hand, I started to walk to the cash register at the front of the luncheonette. As I walked by Mary’s table, Tony Savorti boldly shouted out, “hey, girls, look at this. The boy sprout’s buying himself a comic book. Ain’t that nice?”

I just quietly walked by Mary’s table. I wanted to punch Tony Savorti right in the nose. I was torn between feeling hurt from hearing Mary accept Tony’s offer to take her to the movies. And, I was so furious with dumb old Tony Savorti for being so outrageously cruel to me.

As I stood in front of the cash register, Moe was busy making a malted milk for a customer sitting at the counter.

“Hey Moe, the nerd’s waiting to pay for his comic book,” Tony rudely shouted to Moe.

“You know something, Savorti, the kid’s got more class in his little finger than you’ll ever have,” Moe sternly shouted to Tony Savorti.

Moe came over to his cash register. I handed him my quarter. Then Moe looked me straight in the eyes and simply said, “don’t let him get to ya’ Richie. You’re a good kid.”

I walked out of Moe’s Sweet Shop. I held a firm grip onto my new Batman comic book. I passed Steve’s Barber Shop. Halfway home, I broke down and cried. And, I said to myself, “I should have punched that wise guy right in the nose.”

Richard Mabey Jr. is a freelance writer. He can be reached at richardmabeyjr@gmail.com. Please place the wording “My Life Weekly” in the subject line.