Dinosaur and Fossil Tracks – Close to Your Backyard 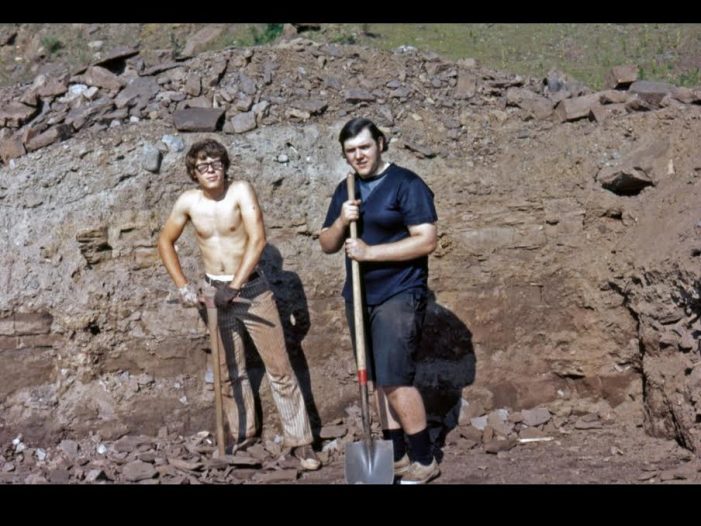 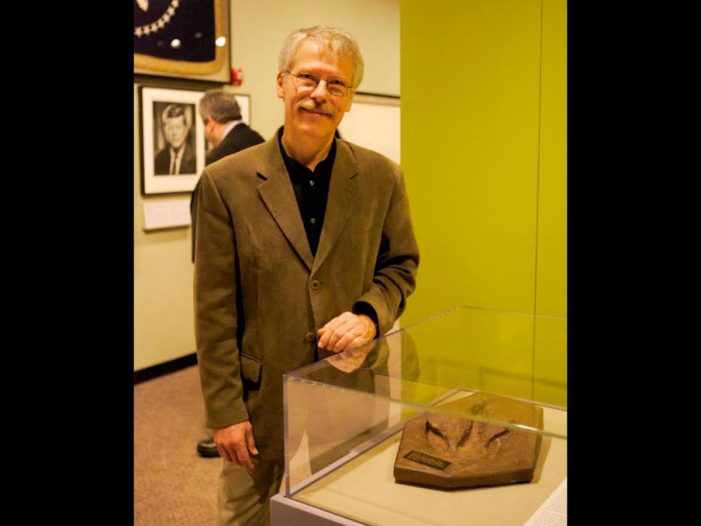 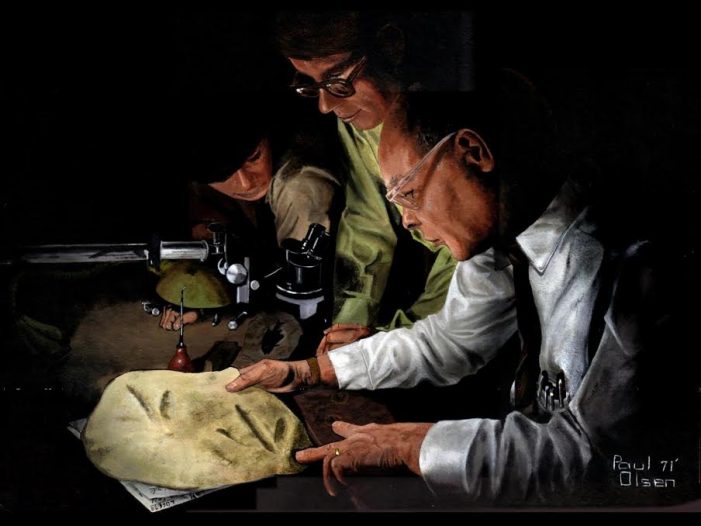 In 1968, Silvio Crespo, Jr. was the first person to find evidence of fossils or dinosaur prints at a quarry site which toes the Roseland and Livingston boundary line. 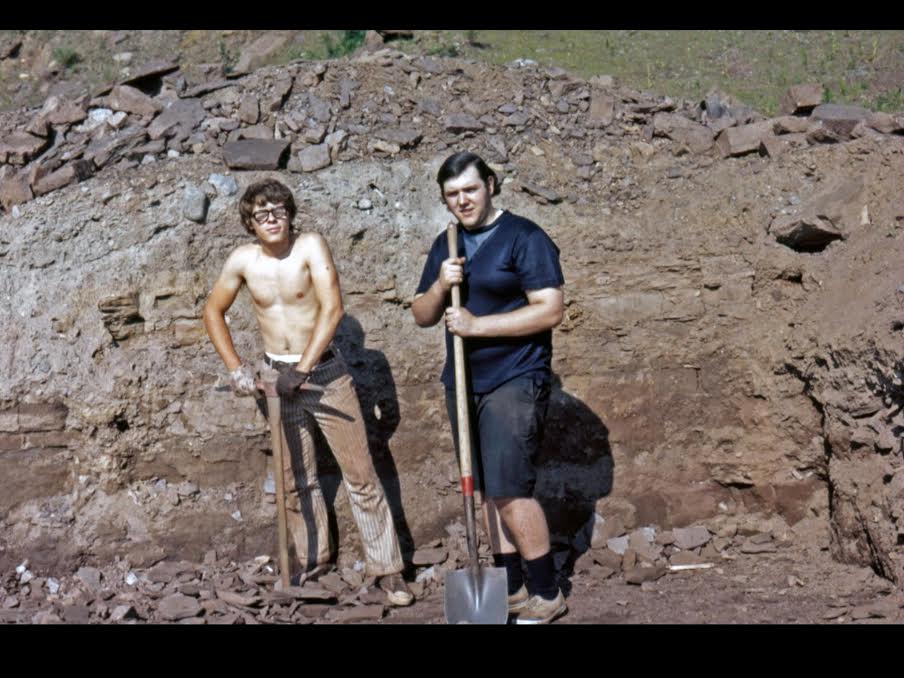 Per Paul E. Olsen, who at that time was 14 years old and is currently a Professor of Earth & Environmental Sciences at Columbia University, “He had found a slab of rock that had some footprints in it. I think he gave it to the Livingston Public Library, and they had it in the front of the library.”

Welcome to a brief history of what is often referred to as either Riker Hill Fossil Site or the Walter Kidde Dinosaur Park.

Olsen was shown an article about the event recognizing Crespo’s find, and he then ventured with his friend, Tony Lessa, to the site, and joined other amateur collectors performing their own “excavations.” Discussion ensued among those gathered, Olsen learned the basics, and he and Lessa returned to the site quite a few times afterwards. “On one of the trips, we intersected with Robert Salkin, who was actually doing educational programs in the inner city of Newark, and he was using dinosaurs as an attractive way to get kids reading and writing. He gave us a little bit more insight, and he ended up being really important.” Salkin was well connected with scientists in New York and at the Museum of Natural History of Princeton University, and over that year or year and a half he ended up introducing them to people at the museum, especially to Don Baird, who was its curator. “He took an interest and was an incredibly good mentor and, probably more than anyone, integrated me into real scientific literature really early.”

After Lessa and Olsen had found quite a few footprints, Salkin wanted the site preserved. The main access road to the quarry at that time came from the south from Eagle Rock Avenue and went past an industrial company, Precision Automation Corporation (former Kidde Precision Tools). George Green, Vice-President of Marketing for the firm, met and took an interest in the duo, and enabled the boys to access the site via back roads, and supplied them with tools for their searching. Green, admiring the boys work ethic and achievement, also tried to get them a meeting with then-President Richard Nixon at the White House. At the same time, press coverage was being increased while preservation was being attempted, and representatives of Walter Kidde called Olsen and told he and his friends to cease their digging and stop trying to get the land preserved. “We never even asked permission from them to go on the property,” says Olsen. “They said, ‘Here you are trying to get people to push us to donate the land, and lose money, and we didn’t even give you permission to go there.’ And they had a good point, they really did.” 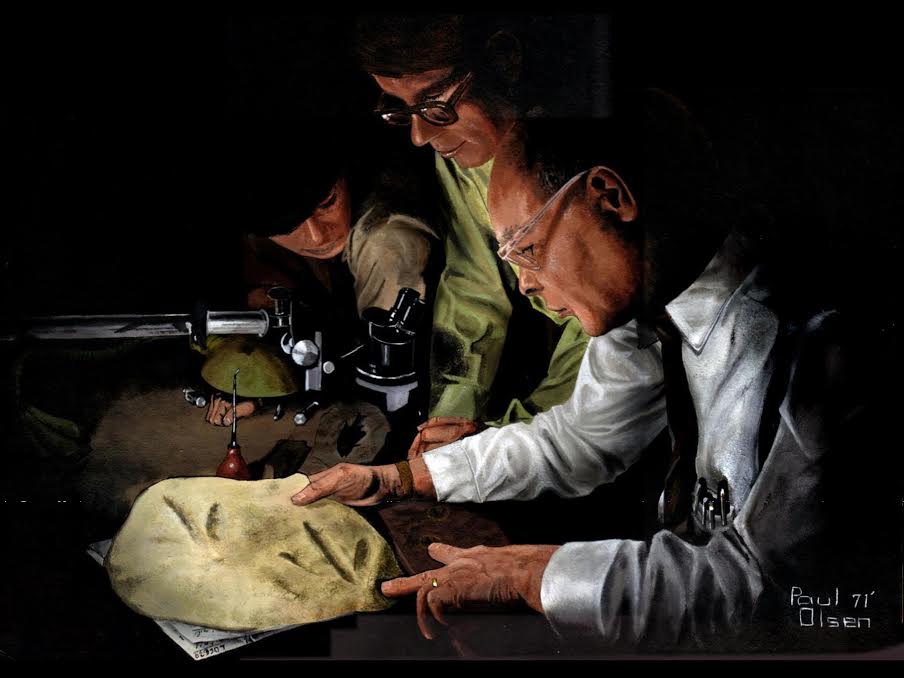 However, soon thereafter, Life magazine called Olsen and said they wanted to do a story about the boys’ endeavors and how they were battling the big corporate giant and trying to get the park started. Olsen gave the publication the phone number that had called them, and a day or two later the company then decided to donate the parcel of land. “Someone with a good head on their shoulders,” says Olsen, “decided to turn lemons into lemonade.”

Life ran the story, but the boys never did visit Washington, but they did get a commendation, at around the time the Essex County Parks Commission had taken over the site.

There is a group in discussion to get the site developed properly. The parties involved include Jack A. Gordon (Esq. of Kent, Beaty & Gordon, LLP), who has been coordinating a grassroots effort, as well as Charles Rizzo (amateur paleontologist), Larry Felder (artist and amateur paleontologist), Wayne Callahan (Research Associate and volunteer in paleontology at the New Jersey State Museum), and Debra DiQuinzio (National Natural Landmarks Coordinator, National Park Service).

Per Gordon, an impasse has been reached with Essex County. “The Walter Kidde Dinosaur Park is a priceless asset that is benefitting no one when it could be benefitting thousands of people and hundreds of businesses.” A feasibility study performed estimated that park development will cost $100k.

“When you go there in the summertime you really can’t see very far – 10 or 15’ at the most,” says Olsen, claiming the site is well filled with trees. However, folks do trek in often. “There are still a lot of rocky spots, and you can still find footprints. People go in there all the time.”