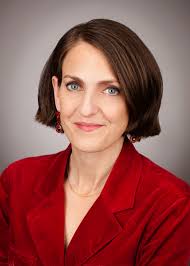 Attention readers: Mark Shields is off this week. Please enjoy the following column by Veronique de Rugy.
Many Americans are very upset that President-elect Joe Biden will replace President Donald Trump. For most of them, it’s not that they will miss Trump’s unconventional and often unacceptable behavior. Instead, it’s that they fear that the size and scope of government will grow so fast that it will permanently change the country they love.
And this fear has intensified with the defeat of two Republican senators in the Georgia runoffs, resulting in Democrats regaining control of the Senate.
At the margin, such a worry is justified. With 50 Democratic senators and control of both the House of Representatives and the White House, more policies that would have never seen the light of day when Republicans were in power, such as much more unwise COVID-19 relief, will potentially get through.
That said, the chief driver of government expansion doesn’t come from the identities of the officeholders but, rather, the incentive structures within politics. Personalities and party affiliations matter less than people believe. If limited government is what you’re after, neither political party is your friend, since government expands under both. What’s more, the rate at which it expands depends less on which big spenders are in power than on whether we have divided government.
For evidence, consider President George W. Bush’s presidency, when, for a time, Republicans controlled both the House and Senate. During that time, we saw the creation of a new department (Homeland Security) and of a new entitlement (Medicare Part D), and spending exploded. We didn’t see any restraint during the two years when Republicans were fully in control under Trump, either. Further data confirm that unified government does not keep government restrained, even if the controlling party is supposedly the enemy of big government.
Divided government, on the other hand, encourages more restraint, no matter who is in power or who controls which branch of government. Divided government doesn’t stop the government from growing; both parties are always happy to spend more money on defense, infrastructure and education, just to name a few favorites. However, the Democrats tend to limit the Republicans’ hunger for wars, and Republicans prevent the worst of Democrats’ fantasies about foisting greater government control on the economy.
The same principles apply today. While the Democrats have the senate, their razor-thin majority will depend on all their members voting together, with Vice President Kamala Harris breaking the tie. So, thankfully, the Democrats’ most extreme ideas, such as the Green New Deal, are unlikely to be adopted. But with a larger majority in both the House and the Senate, it may be impossible to stop some extreme schemes.
There’s also no reason to believe that the government would perform any better if Republicans were in power. In a marketplace, scarcity forces people to compete for resources. A pricing system, with the risk of losses combined with the goal of potential profit, provides powerful signals to guide people’s decisions to sensibly buy, sell, invest and save. By contrast, the incentives for good management in government are very weak, because politicians make decisions using other people’s money. As a result, their exposure to the risk of a bad decision is limited, while there’s rarely any reward for spending taxpayers’ money wisely or providing a service more effectively or efficiently.
Furthermore, each individual voter bears a very small part of the costs of bad government decisions. Politicians can thus shower special interest groups with subsidies at our collective expense, grant costly tariff protection to politically powerful producers, and generally waste our money for their individual political advantage.
And boy, do they have an advantage to do just that. In politics, decisions aren’t driven by the profit motive like they are in the marketplace. Instead, they’re overwhelmingly driven by the desire to get reelected. Special interests can help with that. In fact, public choice economists have shown that government officials receive more benefits when they act on behalf of special interests than for the public good. This finding doesn’t depend on who is in power. But it explains why both Republicans and Democrats are eager to subsidize Boeing through the U.S. Export-Import Bank, or farmers through the farm bill.
Elections do have consequences. But we’d be wise to remember that the consequences produced by the incentives inherently built in our political system will often trump the impact of who’s seemingly in charge.
Veronique de Rugy is a senior research fellow at the Mercatus Center at George Mason University. To find out more about Veronique de Rugy and read features by other Creators Syndicate writers and cartoonists, visit the Creators Syndicate webpage at www.creators.com.
COPYRIGHT 2021 CREATORS.COM