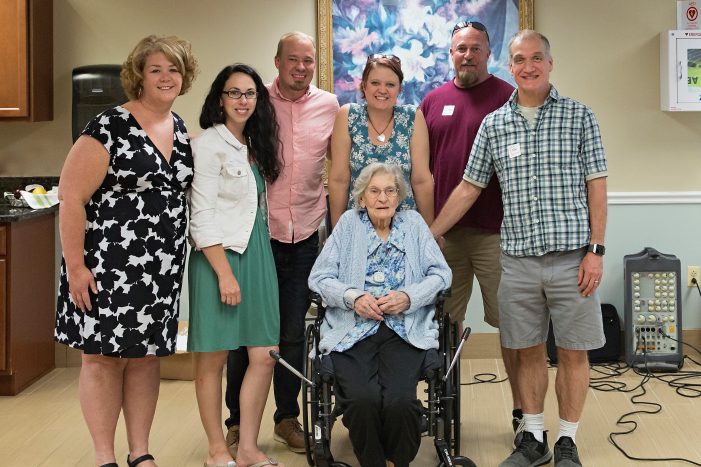 Dorothy Rupprecht and her grandchildren 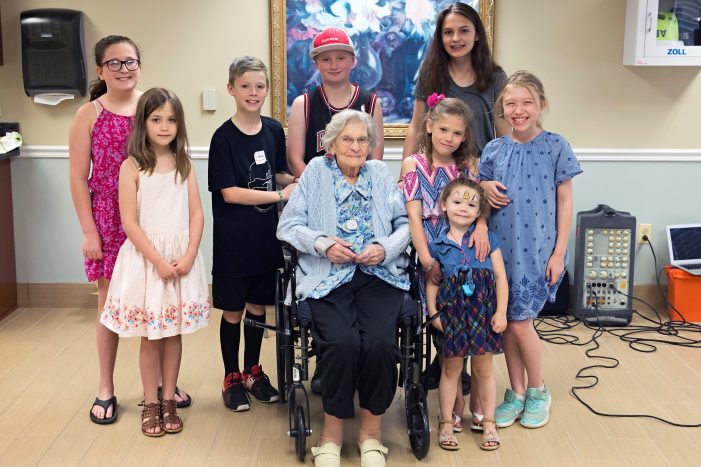 Dorothy Rupprecht and her great-grandchildren 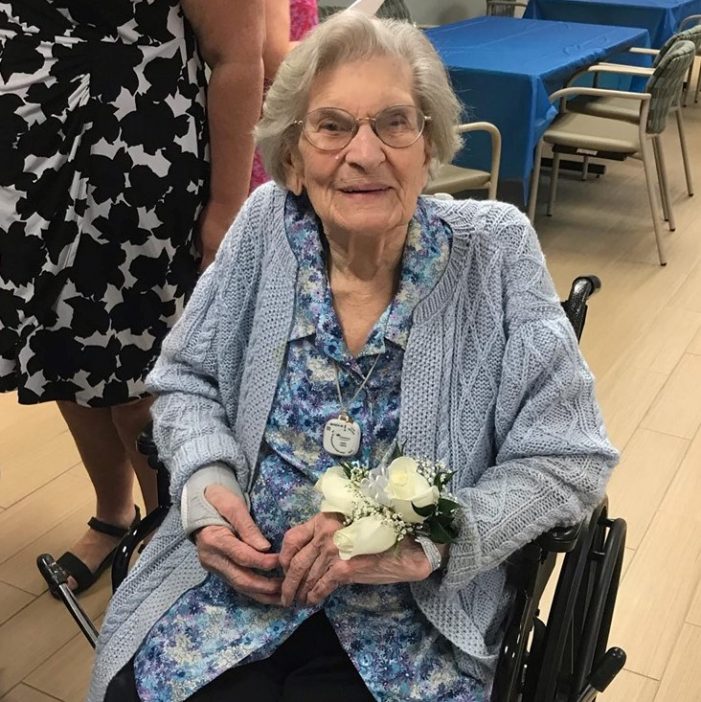 On June 12, Dorothy Rupprecht celebrated her 100th birthday surrounded by all her family and friends at Paragon Village in Mount Olive where she calls home. “I have four grandchildren and nine great grandchildren,” she says proudly. Family is something she holds very dear to her.  When asked about how she feels to have reached such a milestone of a birthday, Rupprecht says, “I feel the same and very blessed, nothing much has changed.”

Rupprecht was born and raised in New Jersey, born at Middlesex General Hospital (now Robert Wood Johnson in New Brunswick). She is the only child of her parents, Grace and Henry Gassin. She grew up on a farm and attended a two room schoolhouse in her early years. Rupprecht graduated from New Jersey College for Women (now Douglass College) in 1940 as a Home Economics major. Throughout her life, she has lived through World War II, the Civil Rights Movement, the Assassination of President John F. Kennedy, and the rise and changing world of technology.

“I’m happy to have a bathroom with running water and a flush. I’m happy to have lights, oil heat, air conditioning, a car, kitchen conveniences, closets, refrigerator, freezer, washer, dryer, radio, two telephones, an electric stove, and a microwave.” Dorothy wrote in an article in 2005, entitled 1920…2005 Judge Success by Comparison that was printed in the NJ Foundation for Aging Renaissance magazine.

Looking back on her life, Rupprecht shares memories of being married to her late husband, Albert, of sixty-one years and working at a college before becoming a homemaker and tending to their family farm. “We actually had two farms. One here, and one in Pennsylvania,” she says. Throughout her life, Rupprecht says being very religious, first Baptist, then later non- denominational is something she is “very blessed and fortunate” to have had. She regularly attends bible-oriented activities to this day. “My son and my grandson are both Pastors,” she states.

When Rupprecht is not attending church, chances are that she can be found listening to a book on tape; she loved to read and loves poetry. At eight years old, she even had one of her own poems published. She also wrote the poem for her graduating class in eighth grade and high school.  Her writing is a true passion of hers, it gave her an opportunity to express her feelings and her family still has much of her writing to this day.

Rupprecht’s family threw her a 100th birthday celebration at Paragon Village in June. During her party, family members read different pieces of her infamous writing. The celebration had about 40 people and she was surrounded by love and support. One of her biggest wishes that came out of her writing was the desire to have a big family and she certainly does now.

Dorothy also enjoyed knitting, especially baby clothes.   When asked if she had some words of advice to share with the younger generations, Rupprecht simply said, “Do something you like. Stay faithful. Make friends and keep friends. And be good to your family.”