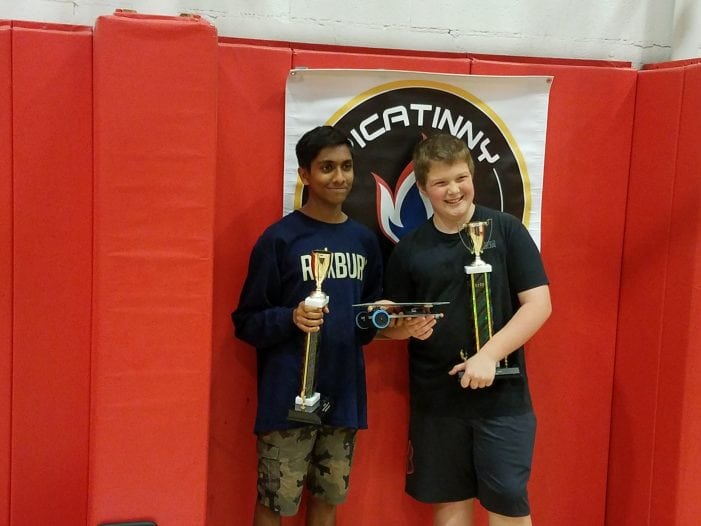 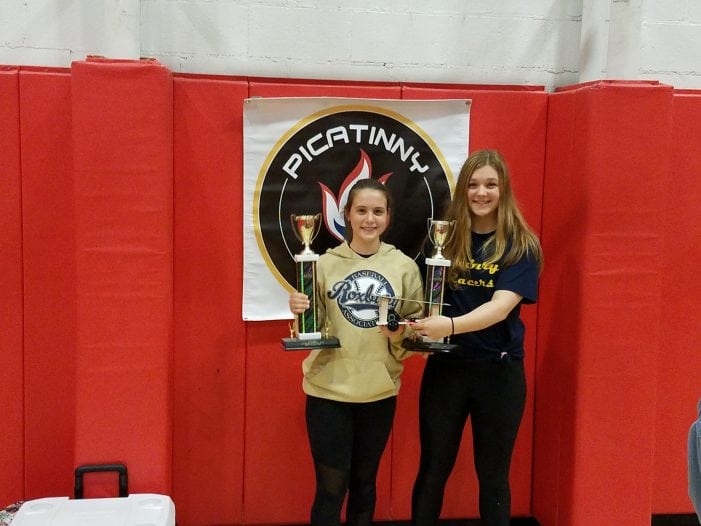 “We were fortunate to bring home the title again,” said Phil Moskowitz, the EMS robotics advisor and STEM teacher.  For the fourth year in a row, we will be representing EMS and Picatinny at the National Race.”

Thirty students, 15 teams of two, from Eisenhower Middle School competed in the Solar Car Club for this tournament. There were 45 teams racing in the competition. Winners of this competition were based solely on speed. All teams competed in two preliminary races which consisted of four teams each.

The winning team in each race moved into a spot in the single-elimination playoff races. Eisenhower Middle School had six teams win races and make it into the playoffs. Three of those teams won both preliminary races.

The first-place team was eighth-graders Caleb Stephen and Andrew Wilson.

“Caleb and Andrew 3-D designed their car after finalizing the design using balsa wood prototypes as the 3-D material is much sturdier,” Moskowitz said. “Caleb and Andrew have been part of both the EMS Robotics Team and the Solar Car Team for the past two years and used these experiences to help engineer their car.”

“This second-place team of Leah and Lindsay was the highest finish of an Eisenhower Middle School’s girls team in our four years of competing at Picatinny,” Moskowitz said.

The winners, along with their parents and Moskowitz, will travel to the National Race at the TSA National Convention in Atlanta, Ga., June 22 through June 26. While there, the students will compete against teams from around the United States. They will be judged in four categories in the Preliminary Round: Speed during time trials, overall engineering and design of the car, engineering and progress notebook, and their display.